Negotiating with a Bully? Flex Your Hidden Advantage.

A law firm once commissioned my creative agency to design its new stationery—cool, no problem. The only hitch was that the firm was headed by a celebrated litigator who’d developed a fearsome reputation for intimidation, both in court and in business. After we’d designed the letterhead, the firm didn’t want to pay us to oversee its printing, opting to rely on its in-house marketing team instead. And sure enough, when the stationery was delivered, it was decidedly subpar. That’s when the firm called a meeting—with me, the printer, the marketing team, and, well, the bully.

Bullying behavior is common in a lot of workplace situations, but it can be especially destructive in negotiations. When you’re sitting across the table from someone who makes it clear they’re going to intimidate you to get what they want, it’s easy to freeze up and capitulate. But you don’t have to.

What Makes Bullies Powerful — and How to Defuse It

I’ve seen this happen over and over, but I’m not alone. Victoria Pynchon, cofounder of She Negotiates Consulting and Training, puts it this way: “If you believe you have to force people to do what you want in order to get what you want, you won’t bother learning how to ‘sell’ them.”

Negotiating successfully is all about understanding the other person. That takes empathy; when you’re feeling dominant, you’re less inclined to tune into others’ feelings. But is this is important to know if you’re the non-bully as well. The bully’s only real source of power is the unpleasant feelings they stir up in you. So as long as you can get past them, you can actually gain the advantage. Here’s how.

Your first step should always be to learn as much as possible about the person you’ll be negotiating with, their organization, and why they’re talking with you in the first place. This holds true whether you’re negotiating a big corporate contract, a freelance project, or a job offer.

I’ve been in many negotiations when the other side really didn’t have full command of the facts. A belligerent tone can sometimes hide that reality, but if you’ve done your homework, it’ll be pretty transparent. When that happens, I make a point of listening and taking notes — some of which only serve the purpose of showing that I’m taking notes, to reinforce that I’m paying close attention. Once the other side feels confident that they’ve made their point, I share my own point of view in the politest voice possible. Then I ask their response to what I’m saying.

2. Lean into Your Expertise

Your experience working with the issue under negotiation is a huge part of your advantage. Don’t give it up. If a bully is negotiating with you, it’s because they want something from you. Otherwise they wouldn’t waste their time and energy. So trust in your expertise and listen to learn precisely to what they think they need from you and why they need it.

Use your experience to frame your observations, by saying things like, “In my experience, the most effective way of meeting your needs would be to . . . ”

Bullies act first and as though with absolute confidence. They know that fast action puts their opponent on the defensive. And if you’re not prepared to deflect their certainty and aggression, you’ll be overwhelmed and likely to cave. The trick is to wait them out. Don’t respond when you’re put on the spot. When they’re finished, find a way to empathize with them, even if that means avoiding answering their demand. If they demand something ridiculous, smile and say no.

4. Keep Your Cool, And Remember You Have A Choice

When you’re in the thick of it with a bully, things can feel tense — like every second is a do-or-die moment. That’s how bullies want you to feel. But you don’t have to capitulate to this kind of pressure. As long as you’re prepared for it, you’ll have no trouble keeping your cool. I always remind myself that they have no real say over what I decide to do. The whole reason we’re negotiating in the first place is because it’s ultimately up to me to decide whether or not we have a deal. I’m in charge of me, which includes whether to get as confrontational as they are.

Finally, bullies need the assurance that they’re all-powerful — a need that you should indulge. Counterintuitive as it may sound, it’s actually in your interests to reassure them of their power: “Mr. President, your campaign was remarkable. What you did has never been done before. Absolutely brilliant. Congratulations.”

This is a trick that the most emotionally intelligent people use in order to be persuasive. Stroke that ego and permit them to feel dominant. Then ask for what you need from them in order to be successful on their behalf. When your bully feels like they’re on the same team as you, you’ll have a lot more leeway to get what you’re after.

Turning A Quiet Advantage into A Win

Before that meeting with the law firm, I asked another printer we trusted to print some letterhead to our specs. As anticipated, they did a beautiful job.

The meeting began with the printer and the firm’s marketer explaining why the work didn’t meet expectations. I listened thoughtfully, nodding with genuine sympathy while examining the work. That was when the litigator unleashed a merciless verbal assault on me. He attacked me aggressively, criticizing our lack of professionalism, demanding that we not only pay printing costs but damages for delays caused by our “sloppiness.” I listened attentively to his rant — I was prepared for it, after all. When the room went silent and all eyes were on me, I continued to nod quietly for a bit, letting a momentary pause hang heavy in the air.

Then, looking directly into the eyes of the person who’d just bullied me, I said kindly, “I’m so sorry this happened. I know how important the new stationery is, and how seriously disappointing the outcome was. I was disappointed, too.”

Then, reaching into the envelope where I’d stashed the correctly printed samples, I said, “To check the specifications, and in preparation for this meeting, I asked another printer to run some samples,” which matched our original design perfectly. I laid them on the table.

There was no further mention of us paying a cent. The litigator thanked me and turned his wrathful attention to his marketing team as I left the room. I felt badly for them, but they really had blown it. They didn’t have the expertise that we did, which is what we were really getting paid for. All I needed to do was remind our client of that — just with more brains than bluster.

This article, based on an anecdote share in Mentor Mornings, originally appeared on Fast Company. A short list of creatives who are nailing it right now.

Paula Boggs — Seattle musician speaks out on why she resigned from the President’s Council on Arts & Humanities (h/t Crosscut).
Maura Callahan and Rebekah Kirkman — Journalists explore the culture of sex abuse and complicity in a local arts scene. Though focused on Baltimore, the article addresses an issue common to many arts communities. Includes an excellent section with local + national resources.
Pink — Popstar and LGBTQ activist used her MTV video music award acceptance speech to share advice to her young daughter on facing bullies and holding on to self-esteem.

I’m joining with Dr. Zoe Barsness for Lean In Seattle: Negotiate to Win. The event takes place on September 9, in person in Seattle and everywhere via Facebook Live. 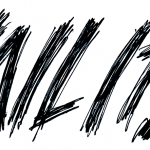