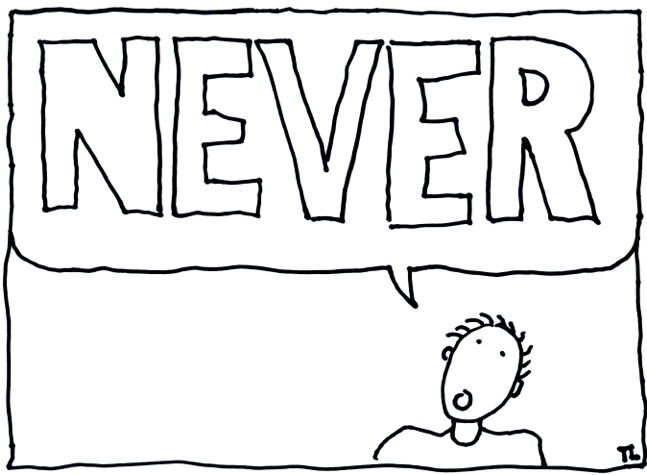 Earlier, I shared the story of Robert, a design firm partner who reneged on a deal to elevate a junior partner. Surprising as it is, that scenario is common. Over the years consulting with design firms and running my own, I’ve seen problems that, like Robert’s, are all too human but could have easily been avoided.

1.    Never dangle a partnership deal you don’t intend to honor.

I’ve seen this many times. Sadly. I had a client once that did this repeatedly. The result was the creation of several competing businesses; all founded by talented individuals who had been offered partnerships that were reneged on.

In each case they went out on their own and took a nice chunk of business. Two of these jilted parties now run consultancies that are larger than my former client. A few months ago my ex-client’s new business rep called to tell me the same sad story, they’d just reduced the value of his deal and he left. He’s busy starting yet another competing firm.

2.    Never take on a major project without clear leadership.

The new business team wins the account after intense competition. The project requires the attention of all the skill sets that the firm offers, but no one takes absolute control of the whole effort. The result is predictable: the client feels mistreated, the managers play the blame game with each other, the account team can’t get the support they need, the budget is blown and the client leaves unhappy.

Why? Because the discipline leaders are not used to working as a team and there is no protocol for determining who’s in charge when all their skills are required. Worse, the boss doesn’t provide the leadership or clearly put someone in charge. The combination of weak leadership and weak account management combines to produce disaster.

3.    Never use past estimates as the basis of future proposals.

It’s so easy to just pull up that last proposal, change the names, dates, a few salient facts, and send it off to that new client. Then you win the business but guess what? That old job you used as template? It lost tons of money and no one checked. So there you are condemned to repeat the same money-losing process, maybe hoping to make it up in change orders or whatever. Good luck.

4.    Never offer a valued employee a senior position, then renege.

This is a bit like offering the partnership position, but with a twist. In my experience the jilted party in this case often stays with the firm but harbors resentment, feeling unsupported, hurt, embarrassed, used, and generally downtrodden. Performance suffers and, unless something dramatic happens to improve the situation, it’s all downhill from here.

5.    Never let poor performance slip by with out a correction.

People need feedback. I need feedback. Everyone needs to know what the results of their efforts are, especially when that effort isn’t up to snuff. Unfortunately, most managers of creative firms don’t know and don’t want to know how to give critical feedback. So their teams don’t get the small immediate corrections along the way that they need to succeed.

Instead, the negatives are saved up for the annual salary review. By then, the problems have grown into something much larger, leaving both the manager and the employee uncomfortable and unhappy. Managers must learn how to critique staff in the moment so that giving and receiving corrections are not such a big deal.

It’s human nature, at least in our culture, to start difficult conversations with something other than the real agenda. It’s part of our social graces. It helps both parties become comfortable with each other before getting to the real issue. The problem comes when, sensing that a difficult subject is about to be raised, one of the parties breaks off the conversation. My advice, recognize the feelings that make you want to run for the hills and use them as a signal to hang in there and get to the real issue. It may be a bit uncomfortable but with practice you’ll get better at it.

7.    Never let young talent blame the lack of creative on the client.

Or old talent, for that matter. This one has always galled me. “The client won’t let us be creative,” or “the budget isn’t big enough.” It’s the job of the creative team to be creative within the parameters of the client’s assignment. Great work often comes from the most difficult circumstances. Remember the Apple “Think Different” campaign? They had no products to advertise at the time. They told the public that they were different and hoped they would wait. Better yet the Wolkswagen “Think Small” campaign. They had only $700,000 to spend while the “Big Three” had $10,000,000 each to spend on their new compacts.

8.    Never think that it’s only the work that matters

I’m sorry to say that I mostly see this one in young men. They sulk, they refuse to look you in the eye, accuse you of misdeeds behind your back. They seem hurt, but you can never put your finger on exactly what it is that hurt them. The implication is that you’re not worthy of their attention, let alone their respect. The only answer is to call them on it. Pick a repeating example, ask what’s amiss and wait for an answer. Explain the damage that the behavior causes. Ask for them to change. If they can’t, then say goodbye.

A lot of us start our design firms because we love the work. Recognizing the emotional side of business will help you improve your client and staff relationships and win the loyalty that is crucial to the growth and success of your firm. 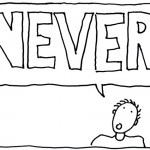