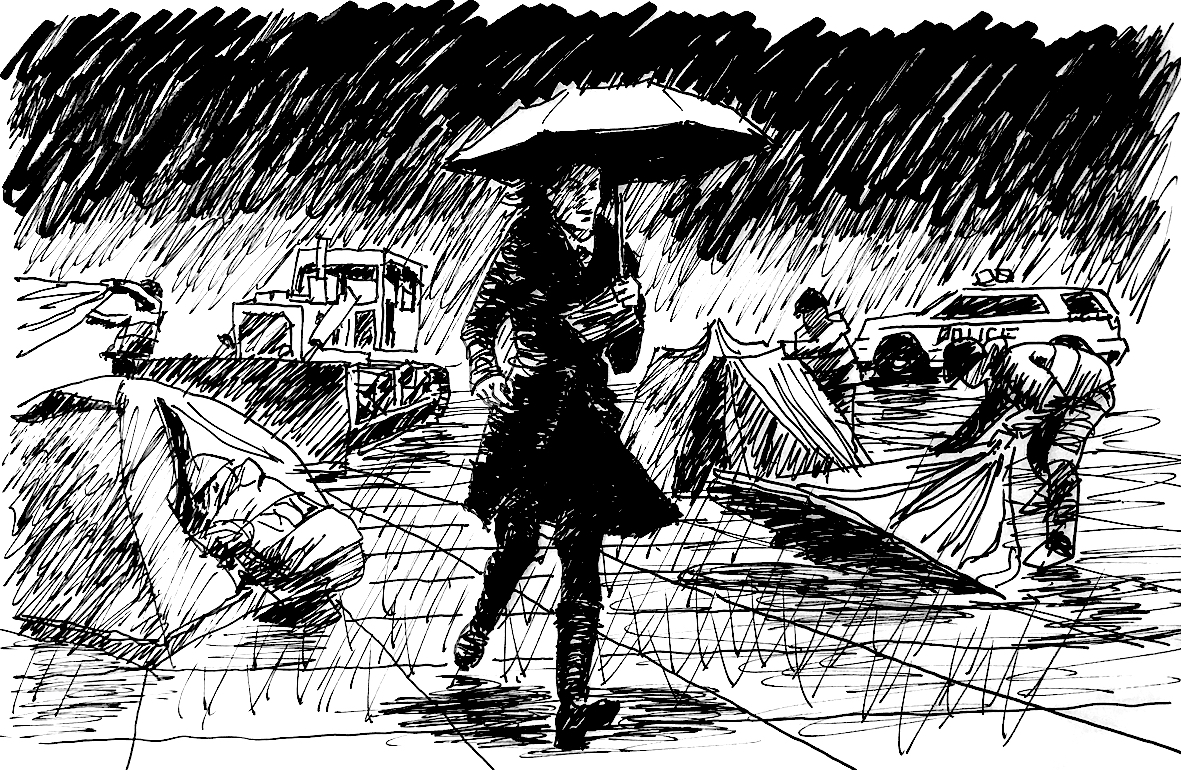 The rain pounded. The city was a mess. Wet garbage everywhere. Tent cities filled the parks, and anyplace else the homeless could get away with.

Late for her appointment, Anna was madly trying to get a note off to let the prospect know when the call came in.

She’d managed to grab a lift. But with the rain on the roof it was hard to hear.

“Who are you with? The rain is making a racket.”

“Pressure Energy. I’m Ny Franco. I’ve heard about your Seattle rains… wondered what that sound was. Thought it was the service.”

Anna wracked her brain. Had someone told her about Ny? Trying to remember as she dug into her wallet for a twenty to give the guy begging at the light.

Ny went on with, “We’re entering the U.S. market with a battery line. I just heard about you from my dentist…”

Then Anna remembered, “Yes, Ny – it was George Afram, right? Dr. George left me a message about you.”

“Thanks for calling. How can I help? George said your technology sounded remarkable.”

She paused for a minute as the lift went through a huge puddle, and thought to herself, “Guess these damn cars don’t see puddles. Hope it keeps going…”

“I’ll be quick. Our plan is to enter the U.S. market. We need marketing help.”

Anna listened as she grabbed a clip of the Trumpville tent camp that stretched for miles along the road.

“Anna, we’d like to consider your help marketing our product.”

Without a second thought, Anna responded with: “Ny, let’s set a time to talk. And before we do, give some thought to… what you’re prepared to spend over the next three to five years; what market or markets you think are right, and what’s special about your product.”

Anna had learned years ago that these three questions quickly separated real prospects from shoppers. There was nothing better than selling kitchen remodels and roofing jobs for knowing whether a prospect was real or not. She’d cut her teeth on leads from telemarketers and home improvement centers – leads to homeowners living on credit, before she joined Overture. Those kind of leads were tough to close.

Ny replied, “Budget, timing, markets and… what was the last one, Anna?”

“Your differentiation. What’s special about your product, your service and maybe your organization. We need to know if what you have will sell.

“Ny, I’m sorry, but I have to run. I just arrived at my destination.”

Anna ran across the plaza, noting what appeared to be homeless people’s tents being removed. “I guess camping at the base of a corporate tower is going a bit too far,” she thought. The rain hit the pavement so hard it splashed to her waist. “Umbrella useless, rubber boots not helping much either” flashed through her mind as she stood, dripping, searching her pockets and bag for her ID.

“And who are we seeing today, young lady?”

Anna inwardly retorted, “I’m neither young nor a lady. Where’d they get this one?” What she said was “Circular City.”

He was one of several men. Big ones, in white body armor. Armed and at the ready, scanning IDs of those entering and leaving the building. At least he let her prospect know she was on her way up.

She thought about Brie and the meeting she’d left so abruptly; she sent Brie a quick note about Ny and the prospect she was meeting as the elevator took her up. Well, Brie had kept her job. Anna was thrilled at that. Sorry she’d had to skip out so fast, but she knew Brie appreciated a focus on sales.

The doors opened, and Andre from Circular City greeted her. “Anna, I’m so glad you could meet with us today. We’re hoping to work out the details as quickly as possible. I’m sure you saw what happened in the plaza…”

“Andre, why are you guys in this corporate tower? It’s awful. I mean, storm troopers in the lobby…”

“Yep, we know. Boy, do we know.” Rolling his eyes while shaking her hand. “Anna, we have to be in a place where corporate America, government types and money people feel comfortable. So here we are, complete with corporate muscle.” He took her umbrella and wet coat.

“This is our Seattle homeless war room.” The Circular City team looked up as Anna entered and Andre introduced her. As they settled in at the big table in the center of the room, Andre asked Lana to fill in Anna on the plan as it stood at the moment.

Smiling, Lana launched into the ideas displayed on screens and flip charts around the room. “We’ve landed on a system that uses four very basic concepts we’re putting into action right now. And I mean in the moment. I know you saw what happened out front…”

“Yes, I saw the heavies clearing tents. Didn’t see the people, though…”

“That’s because we’d gotten advance word, and we moved them to our new warehouse. It’s dry and warm, with portable showers, toilets and hot meals.”

“Where’s the money coming from?”

“All over the place: churches, small businesses, the more enlightened corporations, existing charities, small donors of all kinds. Even the city chipped in.”

“Yes, we think so. Actually, we think of it as startup capital. Our plan is to make this homeless effort self-supporting. Four parts: first, instant individual houses; then, direct assistance for the most vulnerable, including long-term housing; third, job training; and finally, employment.”

“And the warehouse? Nobody wants to be put en masse in a warehouse, no matter how nice it is.”

“You’re right. At the warehouse they’re assembling their own small houses, with assistance from professionals. They’re doing the construction right now.  We’ll move the partially completed homes to property that used to be a vast parking lot…”

“I get it. You’re talking about those lots that used to be covered with private cars. What about water, plumbing, electricity…?”

Wow, these people were on it.

“Lana, how would you like Overture to help? I have lots more questions, but…”

“I know you do, and we have answers. And no, we don’t have it all worked out yet, but moving fast is one of our core concepts. We want you to use the stories from the people we just moved to the warehouse, to tell the world what we’re doing – warts and all.”

“You’ve got a worthy cause. I love it. Overture will love it. But an engagement like this is expensive. We have to charge for our services.”

Andre leaped in. “You’ll get paid from the surplus of funds the formerly homeless will generate from their work. And before those revenues kick in, we have startup money to fund you guys.”

“Employment? What are they going to do?”

“You can teach that to homeless people? Really?”

“No, you’re right, not everybody. But a surprising number of people can learn it. Why? Because AI is an attempt to mimic how we humans make decisions. And the homeless are 100 percent human. But those who can’t for one reason or another will support the others: meals, childcare, construction, plumbing, you name it. That creates a nice little virtuous cycle, lifting people out of poverty and into a supportive group in the process.”

Anna was madly accessing her past-project mental database, looking for comps so she could close the deal and get started helping.

“OK, we’ll start with a three-month contract. Interviewing, filming, social media outbound. We’ll have three people on it full-time. That’s $60k at the start of each month. How does that sound?” 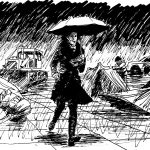