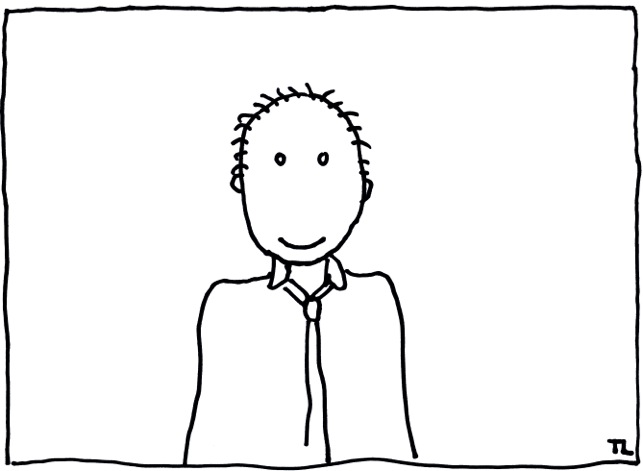 After graduation in graphic design, the placement office set up three job interviews for Carson: a position in a PR firm’s in-house design group; an art director position with a local ad agency; and a design/illustrator position at a small design boutique.

Carson met with the ad agency and the PR office, but it was the boutique agency that caught his imagination. He knew immediately that this was the place for him. He chuckled as he was telling me the story as he remembered the creative director’s almost total pursuit of creative awards. “Awards, acclaim, I’ll be famous, too, what a great place.”

After a second interview with the owner, they offered Carson a position at $26/hour. He quickly did the math and discovered to his delight that it worked out to over $50,000/year. This was riches for Carson, who had been making $25,000 – $30,000/year waiting tables while going to school. Carson felt somehow more alive, he was so happy.

After his buzz wore off, Carson remembered that they had only signed him up for three months. They’d sort of passed over that point quickly during the discussion. It gave him a moment of discomfort, but after reflection it seemed fair; they didn’t know him after all. He thought: “Well, I’ll work hard and do the kind of award-winning work they want and I’ll be in long term.”

He didn’t bring up the subject of the three-month trial on the first day. He just wanted to get to work and show what he could do. And he sort of didn’t want to do anything that would spoil the good feelings.

The three months passed in a blur of happiness. Those first months were thrilling. Carson supported the creative director with the design and illustration work he loved to do. Plus, he got to work directly with clients and even supervise the work of the freelance illustrators and designers that the agency used. Carson did notice that the agency paid the freelancers the same hourly rate that he was getting.

When the three months were up the owner called Carson into her office and with a big smile said, “Carson, we love you and your work. You’ve been doing a great job; frankly, you’ve exceeded all our expectations. We’d like to offer you full-time employment.”

Carson remembers feeling his chest tighten and his stomach churn. “What? Twenty-eight thousand? That’s half what I’m making now. That’s less than I was making waiting tables. You said that my work was great.”

He was stunned. Or maybe crushed would be a better word to describe it. “Maybe,” he thought, “I’m not as good as I thought.” He wanted this uncomfortable moment to be over.

He didn’t want to leave, to start all over again looking for a job. He could actually make more money waiting tables. He’d made $30,000 working part-time. But the boss had been a jerk, always hitting on the women and cheating on the tips whenever he could. And he loved it here. The work was great, the people terrific; but now it didn’t feel quite as good.

He thought about going freelance. A quarter of his class was freelancing and some of them weren’t doing too badly, but that would cut him off from the clients and he liked the feedback he got from client connections. Plus, the little boutique was well positioned with California’s housing industry. The clients were the biggest homebuilders and developers in the state and they were all booming. The work was fun, the clients great to work with, and the budgets seemed unlimited.

Carson felt hooked. So he asked to be reviewed every three months with the potential for a raise if he did well, and accepted the offer.

He stayed three years, learned a ton, and gradually raised his salary to $38,000. One of the clients had moved to a large wine and sprits marketing company and he recruited Carson to fill a $50,000 position in their band design and promotions group. When he gave notice, the creative director told Carson that he himself wasn’t making that much, and he was distraught at losing Carson.

What can we learn from Carson’s experience?

His drive and desire to get started kept him from seeing that he was being hired as a freelancer.

He could have asked more questions in his early interviews and that may have prepared him for dealing with the freelance-to-salary issue.

When he was in that awful meeting feeling anxious and sick, he could have excused himself and taken a walk. Or, better yet, asked to reschedule the meeting for another day after he’d had time to organize his thoughts and get his emotions under control.

He could have explored staying freelance; there was plenty of business and they were keeping several freelancers busy.

He could have asked for a couple of thousand more when they offered him the twenty-eight thousand or more vacation.

But, on the other hand, Carson did ask for something — a quarterly salary review — which was a good starting step for his first salary negotiation. And that little boutique was a great start to what’s become a very rewarding career. 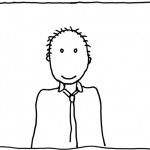