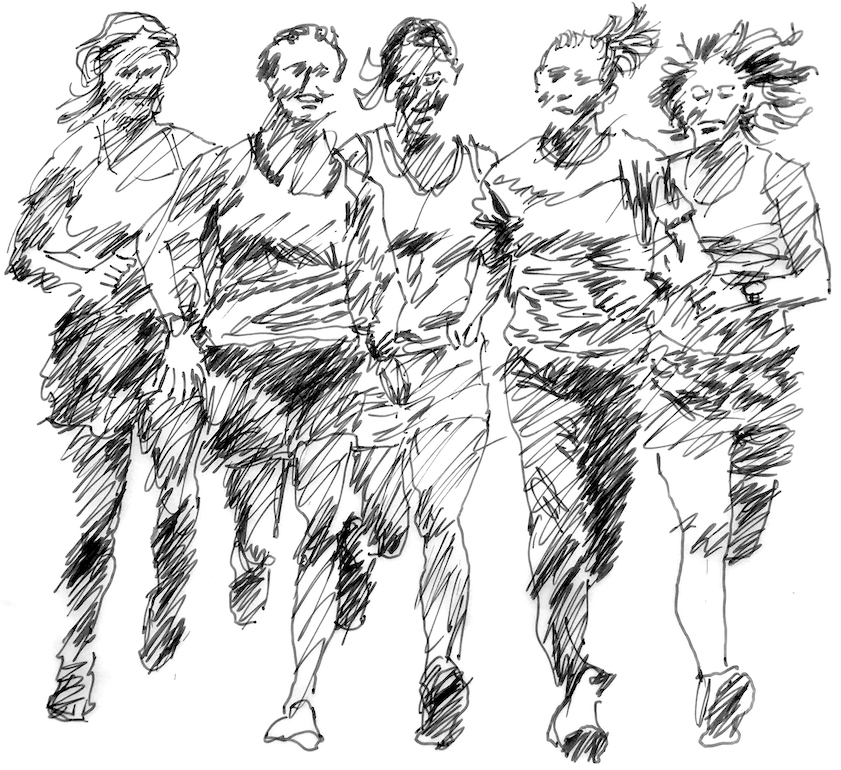 My feet touch the ground with a light tap-tap-tapping sound. I love that feeling I get when I run. It’s a lightness. I’m alive, moving myself through the air, passing walkers and some runners. I’m running for the joy of it. The balls of my feet tap-tap-tapping my body along. Breathing deep, feeling the air fill my lungs. My legs warm with strength. I’ve loved to run as long as I can remember.

Right out of college I went to work in a law firm. It was a natural choice; both my parents were lawyers. Dad was a sought-after specialist who worked from the house. So I grew up surrounded by documents and stacks of mostly open law books. And I knew that running, even becoming an elite runner, wouldn’t pay the bills. So a junior admin position in a good firm seemed like a natural fit.

Don’t get me wrong; I don’t hate the law. It provided a good life for our family. I just don’t love it, that’s all.

I did so love running, though. I ran cross country in high school and college. Growing up in Portland, I learned to love running in the rain. Cross country led me to trail-running events. The mud, the narrow tracks where the bushes were close, the slopes that were slick and wet… we’d slow to a crawl to move up. I loved the sweat, the grime, the slick and precarious surfaces – my favorite. Yes, I’m competitive.

My law firm job was in Seattle. I moved there, got an apartment and settled in. I was running on weekends, but soon I was restless. I didn’t hate the job; it was just boring. So I started asking around to my running buddies and checking job listings, looking for something else. Something different. I interviewed for a few things – an assistant in a PR firm, an executive secretary at a pump distributor, and a sales assistant job in an auto dealership.

I was waiting for my second interview at the PR firm when I discovered a classy trade mag in their reception area. I’d landed on Communication Arts, the esteemed journal of the graphic design world. Flipping through the pages, I was pulled into a story about a design firm – the piece showed the firm’s work, their offices… oh so cool. I was so absorbed that I didn’t hear the receptionist call my name; the woman had to touch me on the shoulder to get my attention. I stumbled through the interview. When it was over, I went immediately to a bookstore to get my own copy of CA. I started studying these little creative firms. Who knew such cool places existed? And I began to scan the job listings for opportunities in design firms. Found one; wrote them a letter, and got a job assisting the president. I think they had around 30 people when I joined.

It was so cool. I was so cool. Working in what turned out to be one of Seattle’s hot, up-and-coming creative powerhouses. Better yet, I was soon helping them promote the firm. I found them a PR specialist who focused on design, and soon helped them land an article in the very mag that had inspired me: CA.

And when I asked to move from being the president’s assistant to joining the firm’s brand strategy team, my boss was all for it. I learned branding there, from the ground up. As the firm moved into doing naming projects as well as branding, I created a naming methodology that included the firm’s entire staff (not just the creatives) as well as clients in the process. That project taught me about the power of groups and collaboration.

Wasn’t doing much running, though. Oh, occasionally I ran to the office instead of transit or driving. Always a hassle, though. The only shower was in the men’s room.

After working there a few years, I realized I really wanted to start my own firm. Not a design firm, but something related to design. And I’d always sort of had this idea in the back of my head, about running shorts. I’d noticed it in high school: The shorts I ran in were exactly the same as the boys’ shorts. And in all the years I’d been running, I’d never found any shorts that were cut for women. The shorts were the same – except some were sold in the women’s section. No one made running shorts for me.

I knew about branding. I knew about PR and promotion. I knew a bit about e-commerce, and how sites were built to sell online. I had all the connections in that world that I needed to get started.

I could make a pattern for the running shorts, but I didn’t know how to sew, and I knew nothing about manufacturing clothing. I assumed I’d have to find some connection outside the U.S.

Asking around, I found a seamstress who could make samples. Together we made hundreds – first to get the concept right, then to have samples to show.

Samples in hand, I went on the road to every independent running store in Seattle and Portland I could find. No deals. None. So I went forward with my e-commerce site, and began my word-of-mouth campaign. Went to every race I could, and handed out cards with my URL attached to samples of my shorts. Exhausting. Then one day I met a woman, a fellow runner, who had connections with a clothing manufacturer in Mexico. It took some serious cash, but with the help of some early and very kind investors, I raised the money for my first order. Best of all, Runner’s World – or, I should say, a woman reporter who freelanced to Runner’s World – did a story on my shorts.

That was the beginning. It’s been 15 years now. We’ve surpassed $10 million in sales online, and our first retail store has been open for a year, with sales growing well there. 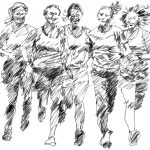