When They Call to Hire You 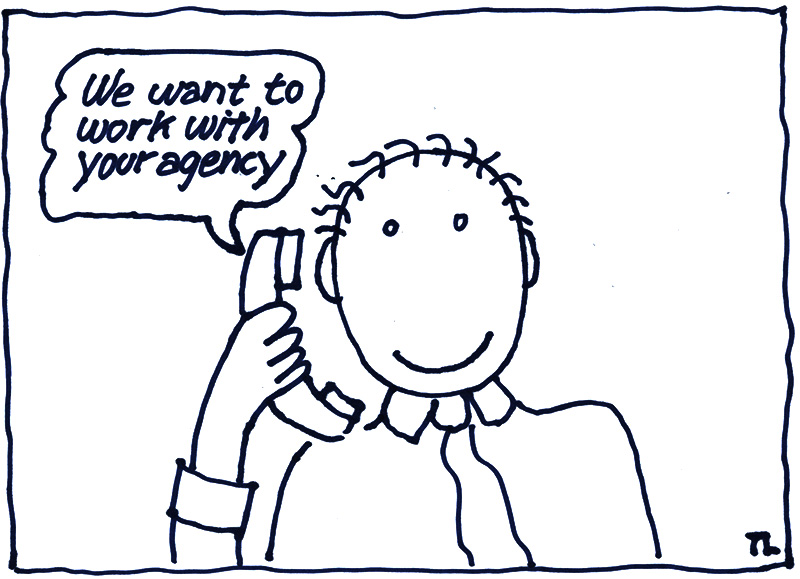 I was having coffee with a long-time client, Barry, who told me this story. He’d just returned from the first meeting with a new client who’d called to say: “I want to work with your agency. Charge me what you need to, just don’t hose me.”

It turned out that Michelle, the new client, had been following Barry’s work for years. Her agency relationship had just blown up. The agency, owned by a giant holding company, had been overcharging and under-delivering for years. It had taken her a year to get senior management to agree that the agency should go – a very frustrating experience.

Finally, she’d reached the point where she could select people she knew could do the job. Barry has run his virtual agency for 20 years, carefully choosing and cultivating a group of professionals with skills in planning, strategy, design, development, production, and project management who respect each other and love working together.

Barry’s team specializes in a few industry categories that they know well. As he likes to say: “The ability to fake it is a nice talent, but I’ve found actually knowing something is preferable.” I’m not a big fan of the virtual agency, but Barry makes it work. His collaborators are totally committed to their clients. Together, they’ve made it work for over 15 years, a remarkable record in the volatile world of regional advertising. As Barry says, “we may be virtual, but we’re not an itinerant traveling show.”

Another factor in Barry’s success is worth mentioning. Barry has been co-managing a nonprofit venture that supports the local creative community more than 15 years, a venture that is respected as a source of knowledge and talent. Barry’s long commitment is another demonstration of his character and skill building long-term relationships with talented people.

Barry describes himself as a copywriter with a talent for developing smart strategies, or a strategist who can write better-than-usual copy. I think the real deal is that he’s genuinely interested in people and in helping them work together with others inside their organizations and out.

Barry’s expertise is not industry-specific but in collaboration. He assembles groups of people who like to work together and when they’re working on Barry’s team they contribute their personal best and have the privilege of seeing fellow team members do the same. It’s obvious that he values relationships.

Over that coffee, he told me another classic Barry story. He was asked by a major client to create a campaign for a service that was not doing well. He knew from comparing the service to competitors that advertising was not the answer. In fact, it would be dangerous to create more awareness of the service because it was fundamentally inferior to its competitors. Advertising would just make the public aware of his client’s shortcomings.

A delicate question: how to proceed without alienating the client? They’ve asked for an advertising campaign. The easiest thing to do would be to do the ads and bill the client. But, that would be the wrong thing to do. Using his client’s own data, Barry carefully described how their service wasn’t close in measurable performance to their competitors. The client team already had these facts, they just hadn’t thought through the implications. Once they did, they realized that advertising would raise damaging awareness of their subpar service.

With the realization that the service needed improvement, Barry helped the team determine who at the C-level should be engaged to bring the service up to parity before launching a campaign. Barry’s collaborative skills helped the client recognize the risk and take the right positive action, all done in a way that let the client know that Barry was interested in only one goal: their success.

Barry is an expert collaborator. That’s why Michelle called and handed him her business, and that’s why his team and his clients stay with him.

That’s what experts do. And that’s why experts get inbound calls. 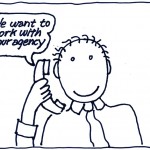