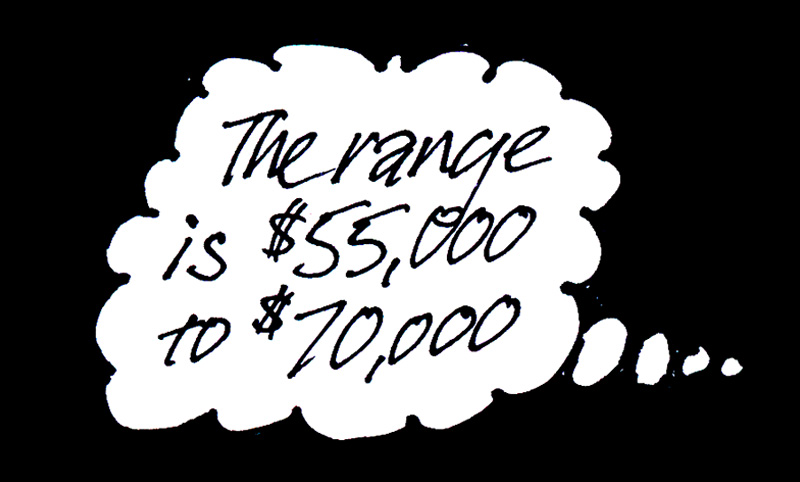 A few weeks ago I led a negotiation seminar with my colleague Charles Wiggins, who was my negotiation coach back in 1998. We hired him to improve The Leonhardt Group’s ability to bargain with large corporate clients. The Monday after the sessions one of our account managers closed a deal on the phone with significantly higher fees than expected simply because, as he said, “I felt more confident, for the first time in my life, just because I knew what was going on.”

The simple awareness that bargaining is the normal first step in any project went directly to our bottom line. We learned that if we paid as much attention to negotiating the deal as we did to scoping the project, we’d not only leave less money on the table, we’d avoid a lot of emotional pain.

In the early 2000s, I started a management consulting practice dedicated to helping independent creative service firms improve their work experience and bottom lines. Since the 2008 downturn, my clients have come under increasing price pressure, especially from multi-nationals, which are using professional negotiators to drive down prices and spread out the payment terms.

Today, purchasing agents are putting the same kind of cost-cutting pressure on $100k deals as they previously did on million dollar deals. RFIs and RFPs are now the norm, and increasingly prospects demand creative work on spec. Instead of reminding the client that their work has the potential to add millions to their bottom line, creative services are being treated as a commodity; designers have fallen into the commodity trap, responding to demands for lower pricing, volume discounts, and 180-day payment policies.

Thinking about the loss of power that my clients were suffering at the bargaining table, I asked Charles to help me create a training seminar tailored to the creative community. We collected video clips from TV and movies of classic negotiation scenes, planned a series of lectures and role-playing exercises, and headed to the Midwest to change the balance of power on the bargaining field, at least for one client. The Monday after our seminar my client recouped his training costs through improved bargaining. Wow!

Negotiation requires self-awareness — mindfulness — as Charles says. As in poker, your demeanor can reveal your hand, giving your opponent information to use against you. Here are a few self-defeating behaviors that I see repeatedly:

It is easy to be intimidated by the representative of a powerful company, especially when they bring all of their positional power to bear — the beautiful office, the 20-foot-long conference table, executive assistants, etc. But, if you are sitting at that conference table, you are there for a reason. You have something they need, something that is not widely available. Use that knowledge to your advantage. It’s your leverage.

Nervousness can lead to talking too much, a sure sign of discomfort that a trained negotiator will exploit. Talking too much is always a sign of insecurity at the bargaining table.

Our “product” is personal, and we need affirmation for who we are and what we do. In competitive situations talented people often concentrate on their weaknesses, rather their strengths. They discount their own accomplishments and fear that their credentials are lacking. Here is a close-to-home example: I founded a successful, highly awarded creative firm — but I didn’t go to college. Guess which one I dwell on to this day? Your own insecurities will be different, but know that wherever your fear comes from, it’s a vulnerability that can be used against you.

Recently, one of my clients presented an $85k proposal to a repeat client. After praising my client’s past great work, and admiring the new approach, the client said: “I only have $65k.” My client immediately responded, “Okay, we’ll figure out how to do it for $65k.” The client represents one of the ten biggest companies in the world; the project is a redesign of a package for a product that produces more than a billion in yearly revenue. What happened? My client was so eager to get past this uncomfortable stage, and to get to where he feels in control — doing the work — that he threw in the towel.

This has become the industry standard for dealing with price pressure. The creative firm puts together the perfect team, approach and deliverables to precisely meet the client’s needs. Then they freak out at their own price, and cut out steps before the presentation. This behavior is epidemic. Why would we not want to present our best, most thoughtful approach, and explain the benefits when challenged?

The lack of negotiating skills in the creative community results in leaving millions of dollars on the table. These skills can be, and must be learned if we are to remain a viable profession.

Earlier versions of this article originally appeared in Dexigner and MarketingNW.

For more insights and strategies specifically written for creatives, see
“Nail It: Stories for Designers on Negotiating with Confidence”
by Ted Leonhardt available on Amazon. 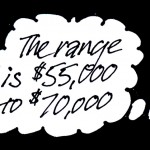