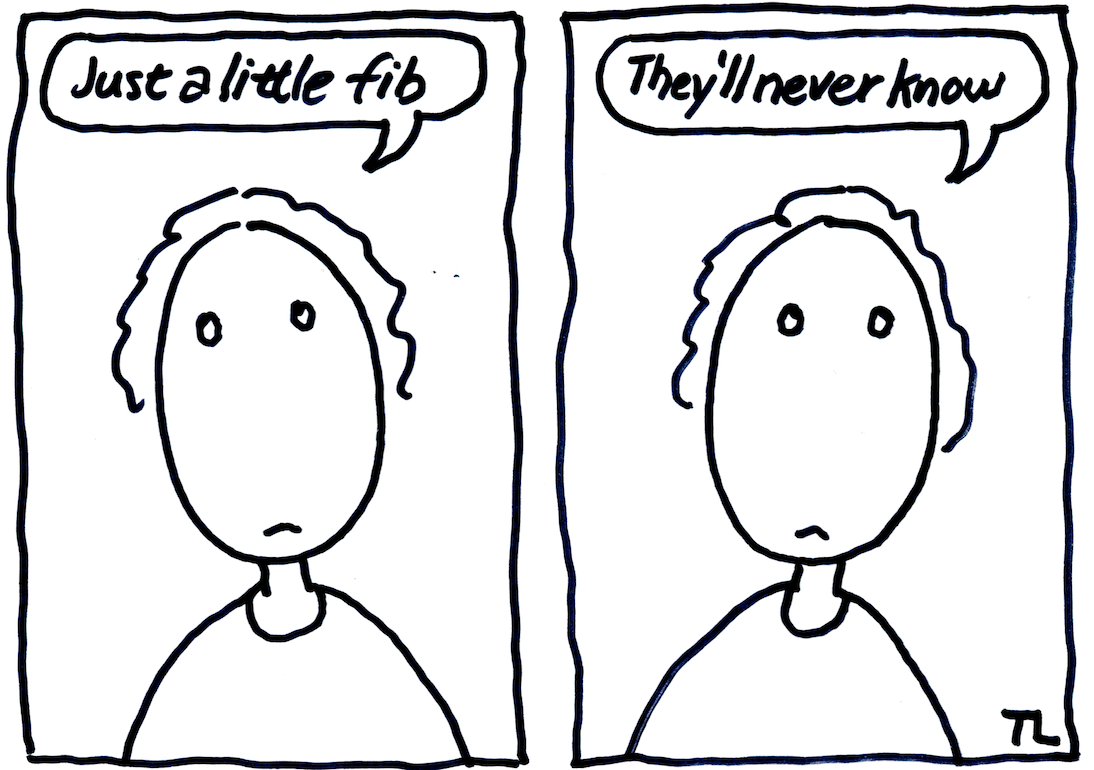 When you’re negotiating, and you’re in some level of panic, it can feel like it would be so easy to tell a little lie to advance your position, or to avoid an uncomfortable confrontation.

Maybe your work has dried up. Or you’ve been let go and are desperate to regain an income.

There you are in the midst of bargaining and you’re asked what your salary was at your previous position. You know it’s a really bad idea to tell. You know that if you do tell, your chance of getting a significantly higher number will be greatly reduced. You know that you are supposed to politely explain that it’s none of their business. But in that instant – perhaps your rent is due and the landlord won’t give you a break – you think it would be so much easier to just add a few thousand dollars and tell them a number. Confrontation avoided. Problem solved.

You think to yourself: “It’s just a little fib. In the scheme of things it’s nothing. They’ll never find out. No one will ever know. And, I really am worth that number anyway.”

We all know lying is wrong, but at a weak moment, when we feel vulnerable, it can seem like the easy way out. And who doesn’t feel vulnerable when your self-worth is being negotiated? But here’s the thing: when you lie you miss the opportunity to demonstrate your real value, the value of your character. Your power, self-confidence, and the opportunity to show that your do believe in yourself. Because above all, prospective clients and employers want to work with people who are capable and confident. People who are comfortable in the way they conduct themselves in the world. Asking for what you need is a demonstration of those traits.

So, uncomfortable as it may seem, politely saying no to their request actually raises your value in their eyes.

People lie all the time on resumes and interviews. They add degrees not completed and universities not attended. They list positions not held and responsibilities they weren’t responsible for. It costs them directly when they are discovered and takes a personal toll even if not discovered.

Never forget that if you do lie and exaggerate your past compensation, they may find out later. The revelation will ruin the relationship and is unlikely to be forgotten or forgiven.

Finally, if you’re anything like me, you’ll constantly worry about it. It may not keep you awake at night, but that lie will reside in that special corner of your mind, where the unresolved issues dwell for a very long time.

So, pandemic panic or not, draw a line in the sand. Ask for what your need. Base your compensation request on your credentials and accomplishments. Never lie about your past. 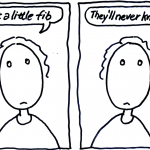