My dad taught me how to deal with bullies, because he was one 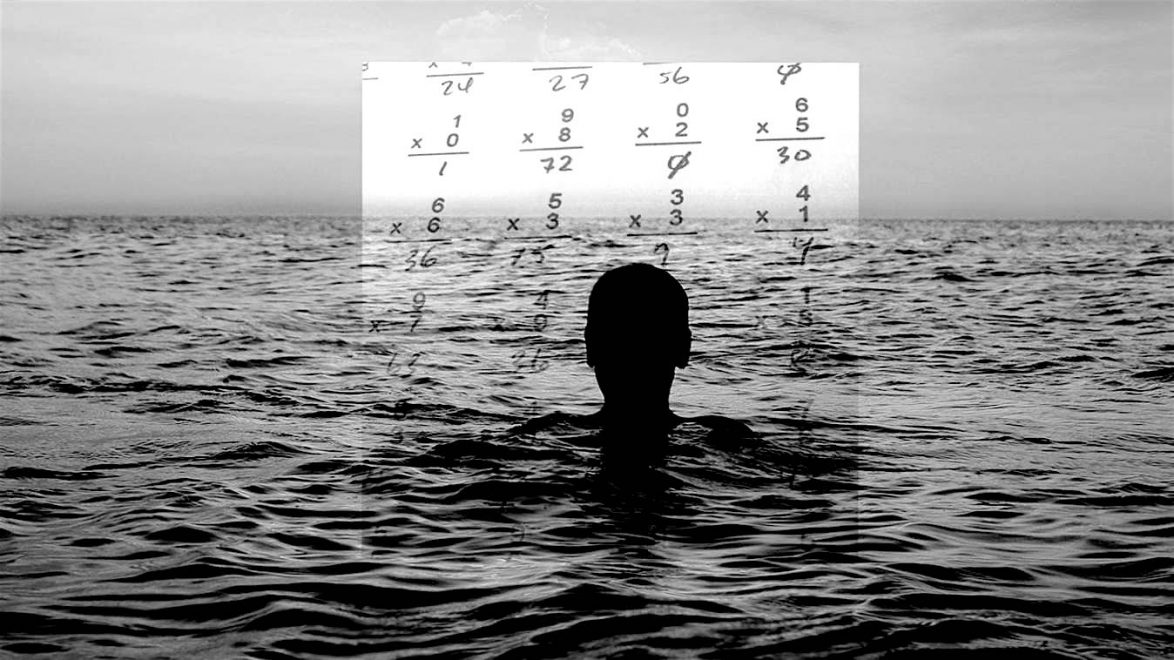 Lifelong lessons no kid should ever have to learn.

“Twenty,” I say, dreading the next question, knowing exactly where he’s going with this. Knowing, too, that tears are about to spill.

I think the right answer is just four higher than the last one–or is it six higher?–but I can’t think, and instead I feel a yawn coming. The body’s same self-sabotaging illogic that’s got me crying as the worst imaginable moment. Yawning will really piss him off.

I lose out to the yawn.

“Bored stupid, are you? Or just plain dumb? You’ll never get through the fourth grade!” Dad’s voice is rising now. And here it is: “You stupid little shit.”

Bullying is a form of violence. It’s intended to dominate a victim into submission. When we’re under attack our rational minds shut down, moving into their self-protective “fight-or-flight” modes. (We typically learn about this process in high-school biology class, as I’d wind up discovering five years after passing the fourth grade, no thanks to my father.) When we can’t fight or run away, we freeze or surrender. These are normal human responses to being in danger.

My dad was a bully. And experiences like learning my multiplication tables taught me a lot about bullying. His attacks drove away any possibility of remembering what four times anything was. It gave him absolute power over me. It still pains me to write this, to recall the deep well of absolute despair he’d plunge me into. The whole exercise wasn’t about learning; it was about him being “smarter” than I was, and proving it by emotional blunt force, shattering any hope of returning back into the world as a normal kid.

Bullies bully to be in control because they feel powerless themselves. They bully not to inform, not to help. Theirs is never constructive criticism; it’s destructive criticism. (Even so, I never missed my father’s point: I needed to learn my multiplication tables and hadn’t put the time in.) I came to realize, as well, that bullying is situational; bullies usually only bully under certain circumstances. Somewhere deep down (and among other motivations having nothing to do with me), my father was afraid I wouldn’t be successful. Unfortunately, he didn’t know how to help without demeaning and shaming me. If I resisted or didn’t respond, he could only escalate; for him, there was no gentler approach.

I wasn’t a crybaby, either. I knew I was just overwhelmed by my father’s ruthlessness. I’d seen my mother in tears from his cruelty, too.

Bullies follow patterns of their own design, inevitably turning their victims into skilled observers of human behavior. I compiled a mental encyclopedia of all the situations that might trigger my dad and did everything I could to avoid them. Looking back, it’s easy to see that I developed anti-bullying techniques unconsciously, purely out of survival. I couldn’t change my father and I couldn’t leave him. But I learned through trial and error how to reduce my vulnerability. These are a few of the rules I’d cobbled together by age 11 or 12:

Keep your distance. I stayed away from my dad as much as possible, and I made plans to leave home as soon as possible.

Flatter. When I had to spend time with my father, I praised his strengths to keep him from finding fault with me. The flattery, combined with sidestepping sensitive subjects, actually created a workable dynamic between us much of the time.

Tell someone when you can. Once after getting caught running away from home, I asked the priest of our church for help. I knew that using an authority my father would respect could help keep him in check for a while.

My father’s bullying was out in the open, overt and aggressive. There was nothing subtle about it, and my resistance strategies were just as makeshift as you’d expect from a kid weathering that type of crossfire. But they kept me going. In the business world, I later found, bullying is usually (but not always) more masked, and more sophisticated.

At first I think it’s my fault, but after six months in my first professional position I realize my new boss is sneaky, deceptive, and mean. He takes credit for others’ work and demeans his staff in public.

He invents infractions to accuse his team members of when his superiors are around. He seems motivated to build his reputation as a hard-driving manager focused intently on continuous improvement–the favored leadership style of the moment. Any attempt to protest earns swift humiliation and blame. We staffers resort to total passivity to survive.

“People leave bosses, not jobs,” they say, and it’s true. I quit after nine months.

It’s years later. I’m running a design firm. No one on my staff is as poised or confident as Gretchen when interacting with clients. But her coworkers are starting to resist joining her on projects. I suspect something is wrong, but Gretchen is responsible for substantial billings. People who can manage clients are hard to find and harder to replace. So I bury my concerns.

Then two designers approach me to speak about her confidentially.

“Ted, she gets us to contribute designs on her projects,” Terry starts. “She adds our best ideas to her solutions. Then she presents using our work to get the client to see the benefits of hers.”

Sally agrees. “She has an imperialistic style with us. She’s superior and disdainful, and she ignores our comments. She even rolls her eyes when we try to speak up. Once she made me work all night after I’d critiqued her solution.”

I realize that I’ve avoided giving my star player the corrective feedback she needs. I’ve been too afraid of losing her. I make an appointment to speak with Gretchen the next day. When I offer some gentle pointers about working more collaboratively, she seems receptive, and I feel relieved. Duty done.

Months pass, and I turn my attention elsewhere. Then Kay, one of my creative directors, appears at my door.

“What happened?” I ask, knowing the answer.

“I know you spent a bunch of time with Gretchen last fall, but nothing actually changed. She just got sneakier. She’ll never change.”

Gretchen doesn’t use profanity, name-call, or raise her voice like my father did. But she uses her position of authority to demean, dismiss, and dominate exactly like he did. Sadly, she’s equally incapable of seeing that she could get better results by working with her team than by bullying them.

I let Gretchen go the next day.

Paul is an account director with a bad habit: He makes creative commitments to clients without consulting his team, earning him the nickname “PowerPoint Paul,” because he once went into a slide deck overnight to change a design to something he thought the client would like better.

I call him on it. He launches into a series of justifications that in his mind made it okay to circumvent his team. Is he bullying them? Not exactly, but Paul’s knack for deceitfully taking control and undermining his colleagues isn’t far off the mark–and I suspect that his own lack of confidence is the culprit. Meanwhile, his coworkers feel powerless, forced to submit to his way of doing things.

When I describe to him a series of similar incidents I’d been made aware of, Paul starts crying. Once he recovers we map out a better way for him to approach the creative team with client concerns. With a bit of coaching and help from his colleagues, he’s eventually able to change tack and gradually rebuilds trust with his team. And I’m able to retain a talented account manager.

In the years since learning my multiplication tables and moving on to tackle Gretchen- and Paul-size problems, I’ve revised my playbook for handling bullies:

Remember it’s not about you. Bullies aren’t bullies out of nowhere. My dad was a war vet. We never talked about it, but he could very well have been suffering from post-traumatic stress. I later came to realize that his bullying, while painful for me, was really far more about him.

Observe, and plan an escape. Whenever my father was bullying me, I was unable to do anything but shut down and take it. But I always knew what was going on. Recognize the behavior you’re experiencing for what it is–and know that the trauma will pass. Then strategically plan your escape from the tyranny, like Kay managed to do. Commit to not weathering abuse indefinitely.

Find support. Bullies can leave you feeling ashamed or unworthy of others’ respect, and the tendency is to isolate yourself so others don’t see that. But seeking help and advice from trusted friends, peers, or a professional can help you find a path forward. Isolation will only drive you deeper into submission. If you decide to report the bully, choose an authority carefully–one who has the resources to assist you, confidentially if need be, and won’t make the situation worse (even unintentionally).

Unfortunately, I’m not optimistic that we’ll ever live in a bully-free world. But understanding bullies’ motivations, tactics, and patterns can help you contain and escape them.

For me, total escape from dad’s bullying didn’t come until I took my first professional position. I’d been slowly distancing myself from home, and him, for years–first with part-time jobs that paid for clothes and cars, and later with full-time summer employment that included room and board. But it was my first job as a design illustrator that allowed me to step away from him completely.

Best of all, my starting salary was more than he’d ever made. I calculated that one in my head without even trying. 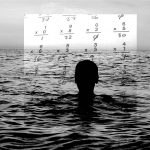