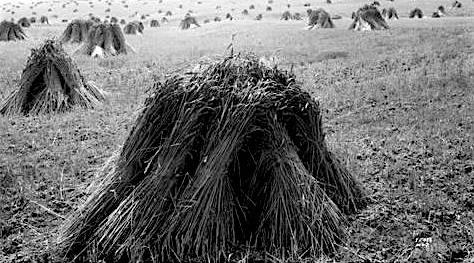 Do you remember a time when you made a clear shift in your life? A time when you went from being one thing to being another––a shift that changed you forever? I sure have. I bet you’ve had this happen to you too. I’d love to hear your story. If you have a moment send me your story. Here’s mine:

It was long before dawn. Dark, really dark. Had to get to the Greyhound terminal. Couldn’t miss that bus. Nervous, excited, a little afraid, I grabbed my bag and with dad driving, and mom riding along we headed downtown. I’d packed the night before with new boots and enough clothes to get through a week, as the letter from the farmer had required.

I was sixteen. Had the required drivers license and was heading off to work the summer on a wheat farm in eastern Washington. I was breaking free of Mom and Dad and couldn’t wait. Really breaking free. I’d be on my own working away from home all summer.

At Greyhound they bought me a ticket and stood waiting with me for the bus to pull up. I wished they’d just go away and let me mingle with the other waiting passengers like the newly formed man I wanted to be––a man on his own––with that swagger that Dad hated.

I was desperate to break away. Desperate to be the man that I wanted to be––and afraid at the same time.

It was still dark when the bus pulled up and the door swung open. Mom asked for a kiss, the final indignity before I could swing fully into my man act. The bus felt like a new world. Full of the smells of the road and the machine and what must have been thousands of passengers that had ridden her. She was my escape machine.

There was a girl. I spotted her the moment I cleared the stairs and started down the isle. I didn’t ask, cause that wouldn’t be in character, I just threw my carry on into the overhead and sat down beside her and asked, “Where you headed” with a confidence I didn’t feel.

There weren’t many passengers aboard as the driver slipped her into gear and idled out of the station. I didn’t wave, felt a tang of guilt which I quickly forgot as I told my new friend Mary my story. My new story. My man story.

Mary was a couple years older than I. She was headed home to spend the summer with family. We chatted and then she asked me if I wanted to make out. We kissed and fondled under her heavy full coat all the way to Ellensburg.

Ellensburg. I got off the bus with her and thought seriously about not getting back on. The consequences of not following through on going on to the farm only weighed lightly on me until Mary’s family arrived. Swept away into her family Mary’s interest in me was quickly gone, I recommitted to the summer of being a man alone as I turn and climbed the steps into the bus.

Mom had told me to be sure to confirm with the driver where I was to be dropped off, as it wasn’t a regular Greyhound stop. “Yes” the driver, said, “I know the place. You sure you want to be dropped there? You know there is nothing there…”

“Well,” the driver went on, “We’re hours from there. Don’t worry we’ll make the stop.”

And I went back to the seat with the lingering scent of Mary. And watched the dry beauty of eastern Washington slide by thinking about my newly invented self. My proud and complete invention dancing through my head with absolutely no awareness that I was following a well-traveled path guided by teenage angst, hormones and probably a million years of evolution.

The driver was right. There was nothing there.

“You gonna be all right?” As he pulled my bag out, “Somebody picking you up, kid? Yep the driver knew that I was just another skinny boy child trying to act the part. Up until then I thought I was doing pretty well with the macho bit. Especially with the girl and all. Maybe he hadn’t noticed how smooth a move that was.

Then a blue sixty Olds pulled up behind the bus.

“Thanks, man, that’s my ride.” And I shoulder my bag and saunter back to the car that the old guy was getting out of.

“I’m Oscar,” he said looking at my tennis shoes, “you got boots, son?

I dug out my boots and started to put them on.

Oscar took a look and said, “those’ll do. I got a hat and some gloves for you in the back seat.” And off we went on the dirt road, Oscar lighting a Marlboro held tight with his gums. He had no teeth.

He held the big Olds steady with one hand I noted that we were doing seventy on gravel. The sounds and feeling of the unstable surface filled the car as Oscar prepared me for my first assignment. So far my man act seemed to be holding. That was about to change.

“Son, a neighbor’s steer is loose on the road and I need you to help me get him back into pasture. I got only one lung and get out of breath if I exert myself too much. Don’t worry I’ll tell you what to do.”

All this as we pulled up by a gate that was down. I knew that this was going to be a disaster. I had no idea what to do. The huge steer was grazing happily just up the road.

“Son, just walk down the road past him quietly and once you’re past take your hat in hand and start waving and yelling at the big guy as you approach pushing him my way. I’ll guide him into the gate when he gets up here.”

I desperately wanted to be successful at this. Had no idea how to get the steer moving. Needed to be cool and undemonstrative in all things. I tentatively wave my hat and say, “hey big fella lets go.” The steer ignores me.

Oscar disgusted, “Yell at him! Wave your arms! Jump up and down!”

The heat of failure begins to take over. This steer is going to continue ignore me. Oscar’s gonna kill me with disdain.

I tried, but had no effect on the steer. More instructions from Oscar as he stamped out the Marlboro and headed my way. “I’ll do it. You run up there and hold up the gate like I was holding it, to guide him in.”

Shamed to the core I hustle back and grab the gate. Oscar, the old man with the missing lung, had the steer moving in a heartbeat. And I prove successful at holding the gate. Oscar showed me how to close it.

Back in the car. Back to another Marlboro and we’re hitting seventy again. Oscar complains about how the Monroe shocks don’t seem to hold the car steady. Not a word about my poor performance. I didn’t know it then, but recriminations were not Oscar’s style.

It’s late afternoon when we arrive at the ranch. Getting out of the car Oscar pointing to the field, says, “See those fellas out there? Run out there. They’ll tell you what to do.”

Off I go through the wheat stubble, through the rows of bundles to meet Big John and Dave. They were shocking hay.

John is real friendly. He smiles and welcomes me warmly. Dave says, “We got to get this done by supper.” And showing me, “see we stack them to dry like this,” deftly throwing three bundles together so they stand up and look just like Halloween decorations. Off he goes building shocks following a row of wheat bundles.

Being quick with things like this I grab a row and try to imitate his smooth action. John sees that I’m putting the heads down, not knowing that these bundles have to be heads up to dry. He kindly shows me the way with a quick explanation.

My face burns as I correct my badly done shocks and work my way down a row of bundles with both John and Dave far ahead. It’s just about six and finishing their rows they pitch in and help me finish mine. They’re laughing and shocking with the ease that comes from experience and the camaraderie that comes from sharing hard physical work. With the row done and the field complete Dave hands me a cigarette and we survey the land with it’s neat rows of stacked bundles.

Big John takes a swig from a water bottle, slaps me on the back with, “Let’s get some supper.”

I remember past experiences when I was desperate to succeed, to fit in, to be accepted. Being a man is not just swagger and pretend. It’s listen and learn. Pitch in, do your part and they’ll accept you as you are. I was in Dave and John’s world now. I’d broken in. At least, a little bit.

It’s been a long day. I’m dirt tired, but a warm glow relieves my exhaustion.

It’s these opportunities to shift from being one thing to being another that show us who we are. When I think back, I realize that on that day I learned that I had existing strengths that would serve me well as a person. I had more to offer than pretend and swagger. I was a contributor who was willing to learn. I could work my way past my inner shame that I didn’t know it all and learn something new. That was the lesson.

Thinking back, do you have an experience that helped you see who you were? I’d love to hear it.