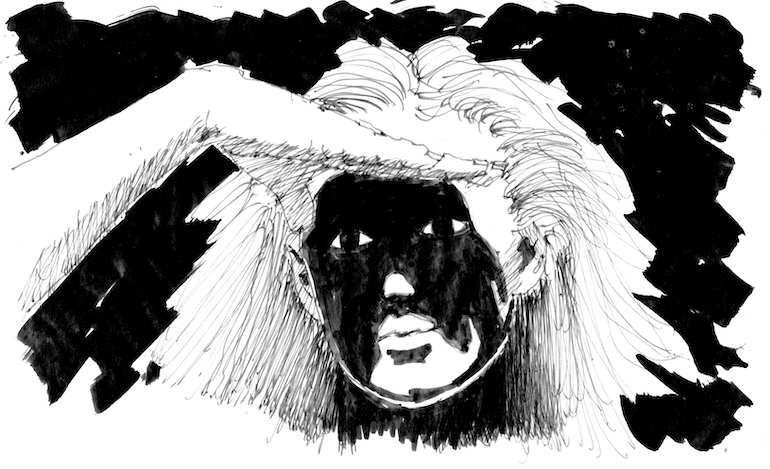 I’m very happy ­­– actually, “thrilled” is more appropriate – that Joe Biden is our new president. I wanted Bernie Sanders, but I understood he might not be acceptable to enough U.S. voters. It was Bernie who nudged me into thinking about these larger issues that affect us all. Bernie who gave me the courage to actually look ahead and question the status quo. Bernie – along with the income gap, Seattle’s homeless, and of course global warming. And along with my growing awareness I began to think about my contribution to these larger issues via my work in branding, and in helping giant companies tell their stories in the most favorable way. And yes, again, I’ve always loved driving various polluting cars.

As I became more comfortable with thinking about these issues, I began looking ahead and looking for answers to some very basic questions. Questions I’d never even had the guts to formulate in the past.

·      Why don’t we view our economy as the system we use to distribute the food, shelter and things we need for all of us to survive?

·      Why don’t all wealthy individuals and organizations use their wealth to ensure that those currently without enough can have enough?

·      Shouldn’t we think of our economy as the way we distribute the stuff we all need so that everyone has enough?

·      Shouldn’t we think of work as the way we make sure we all have what’s necessary to live and raise our children?

·      Why do we need government and laws to make sure we treat everyone the way we’d like to be treated?

·      Why do we keep fishing the oceans beyond the ability of the oceans to replenish themselves?

·      Why do we keep clearing the forests when it’s clear we’re causing the extinction of thousands of plants and creatures that benefit us all?

·      Why do we continue to take resources from the earth that will be gone forever?

·      Why do we continue to burn coal and oil when we know it’s warming the earth faster than at any time in human history?

Is all of this like smoking? We keep smoking because only one in four die of lung cancer, and we figure we’ll bet on being one of the three?

I’ve worked successfully with small groups who gather together to do something we all believe in. I’m very familiar with the success and pleasure that go with cooperating with others to achieve something.

And I know human cooperation is why we homo sapiens originally thrived as hunter-gatherers. It is believed that’s why we survived in small groups for two or three hundred thousand years before we started settling down with agriculture. In those small groups we made sure everyone had enough. Why? Because it was essential for our survival.

But right from the start with large-scale agriculture, we divided our groups into those who got the most and those who got the least. And we defended our crops and property with armies. And when we felt strong and found others weak, we took their land with force so we could have more.

Warfare in the early years of agriculture was far more prevalent and serious than the troubles between small hunter-gatherer groups had been. Why? Well, if hunting grounds got too competitive or game scarce, we could just move on. And so we did, for tens of thousands of years until we spanned the earth.

My take is that the skills we developed to survive on Earth in our first hundreds of thousands of years were great for working and living in small groups. We made sure everyone had enough. And if things didn’t work out in one area, we’d just move on. So we were really good at taking what we needed from the earth, and finding a new place when the old place ran out of resources or the neighbors got ugly.

We’ve only had agriculture for ten thousand years or so. During those ten thousand years we’ve developed warfare, slavery and a vast gap between those of us who have and those of us who don’t. Our history of taking what we need and leaving the mess behind has really accelerated in the last hundred years or so. And the problem is that now we’re really messing up the very planet that makes our life possible.

I believe our inherent skill at cooperating in small groups where we’re all in it for the benefit of everyone else has not translated to cooperating and helping each other on a large scale today. We talk about it. We create institutions like the U.N. and the EU and the U.K. and the U.S. and countless others to help us get along better, and to use the riches of the wealthy to help those left out.

Do we have another couple hundred thousand years in which to adapt to working with the massive group – close to 8 billion now – that we humans now comprise? Good question.

And so here we are.

Is this a change point in our long journey? Maybe. I’m hopeful about our chance to understand the issues and act now that we have leadership that’s focused on helping everyone, not just one. But correcting our course is a daunting task.

Dear President Biden: I love the experience you bring to the job. I love that you’ve got a large portrait of Franklin Roosevelt in your office. I love that you have busts of First Lady Eleanor Roosevelt and Dr. Martin Luther King Jr. close by. I wish you well in surrounding yourself with those who represent the best of us. You’ve made some great moves with all those executive orders. Looks like you’re off to a good start.

Can you answer all the questions I’ve raised? Probably not. Can you make a good start on it? Maybe. It looks like your heart is in the right place. Thanks for taking on the future, and let us know how we can help. 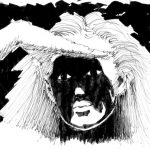