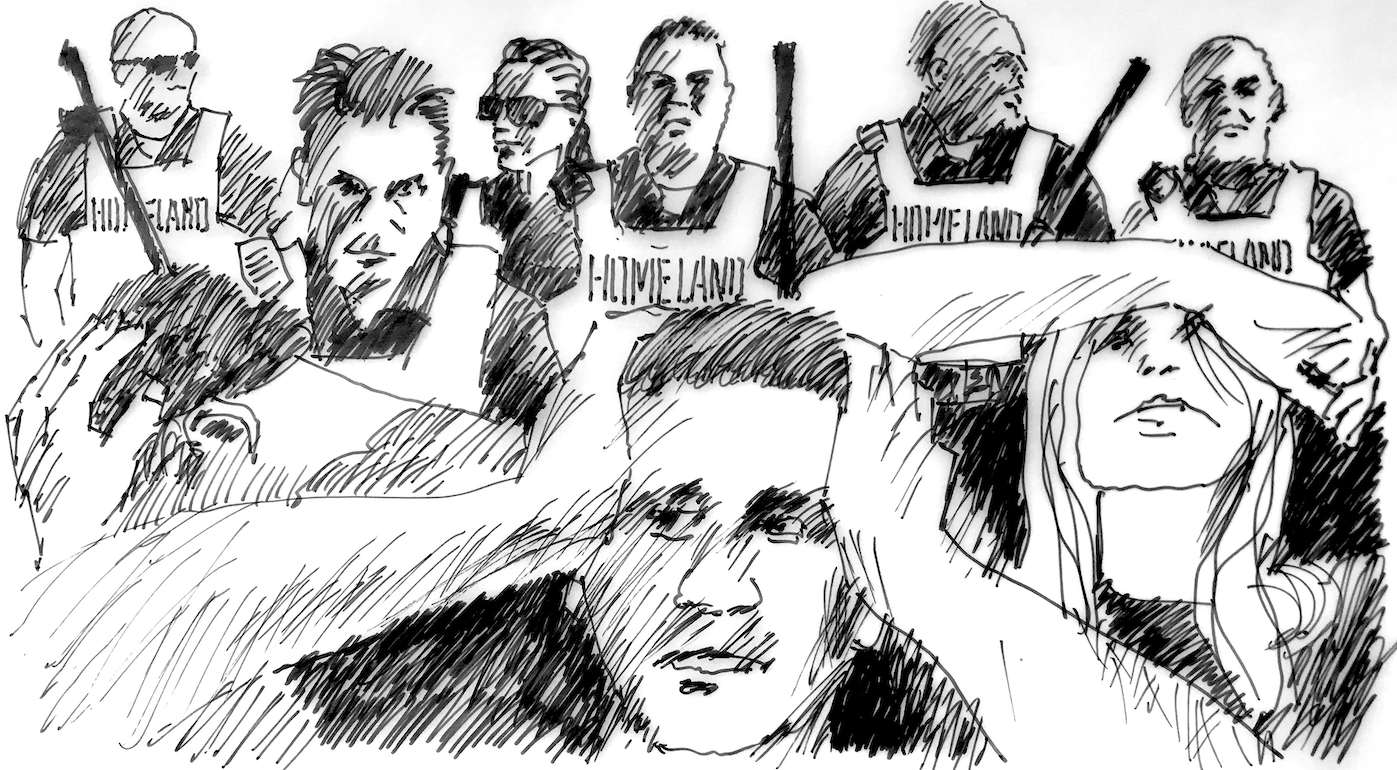 They must have used a ram to hit the door.

Bam. Down it went.

“We are under contract with Homeland. Freeze! Put your hands on your head.” Waving some official-looking documents, the leader and what looked like 10 soldiers – all in protective gear with the Homeland logo on their white chest plates – pushed through the office, knocking screens and everything else onto the floor with cop-clubs and gun butts.

Jamal, 15 and full of it, but with his hands respectfully on his head: “Wait, wait, you must be in the wrong place. Can I see your paperwork?”

Brie was in the back, setting up the interview with Allison and Tommy. Hearing the commotion and Jamal’s voice, she stepped into the hall. The soldier, with cop-club at the ready: “Hands on head, lady. Now!”

“Shut up, lady. Hands behind your back.” He shoved her against the wall and cuffed her.

Things had gotten a lot worse in the last few months since the Patriot Act had been amended again. Now, all kinds of firms that had formerly been private security were licensed to Homeland in the interest of maintaining the status quo.

Giles had been their lawyer since founding. She loved Overture and the principles they stood for. She’d been deeply involved in the fight her entire career, and saw the increasingly dangerous trendlines unfolding. “Brie, with the court closing in on the changing of the definition of free speech, we’re seeing what looks like a fascist government emerging.

“I just discovered that Overture has been put on a list of quote-unquote ‘subversive groups.’ With the president’s recent executive orders…”

“But Jamal was seriously hurt. He’s in the hospital…”

“I know, I know, but the rent-a-cops put him down as resisting the legal search they were conducting. We’ll file a complaint, but I’m afraid it won’t do much. We’re lucky they couldn’t find cause to put you all in jail. The raid was clearly harassment.

“The publicity surrounding your work with General Motors has put Overture in the spotlight.

“Your competitors now see you and others like you as a real threat. Some have aligned themselves with the industrialists that stand to gain from all the new military contacts. It appears, given what just happened, that these right-wing ad agencies will resort to violence to support the bet they’ve made on this emerging fascist trend.

“I’m sure you know that even within your GM client there are groups that are trying to reinstate the old ways.”

Listening to Giles, Brie found herself debilitated, spent. Her son in the hospital, and now the reality of their situation hitting home through the wise words of her long and trusted adviser. Success had delivered completely unexpected challenges. Escaping a bit of street violence was bad enough. But Jamal hospitalized? Overture officially a “subversive group?”

“Giles, do you think the raid was because of our recent new-business success with Microsoft?”

“I think your Microsoft win and the dozen or so other gains you’ve made in the last six months have increased the focus on Overture.

“It appears to me that the world of communications and transformation consultancies is increasingly divided along political lines. And with the prevailing growth of ‘strong-man’ governments, we’re seeing an emboldened, right-leaning global corporate class that is benefiting financially from the military buildup.

“Microsoft lost that huge surveillance contract to Amazon. Perhaps that’s why you won their business. They must find another way forward. They clearly think you can help.”

“Jamal… Jamal.” Brie was thrilled to see Jamal out of bed and walking in the hall. Head wrapped with bandages, nurse at his side. But up and at it.

“I’m fine, fine. Is Giles going to take those bastards down?”

“No, I’m afraid not, baby. The world is a dangerous place now. More dangerous than before. Our opportunity is not through the courts at the moment. Giles thinks our safety is in helping as many large organizations as possible, the way we’re helping GM. Large organizations that are aligned as we are – with helping both people and planet.

“Our fidelity to what we believe is where safety lies.” 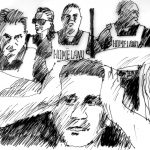