Chapter 29: Below the radar 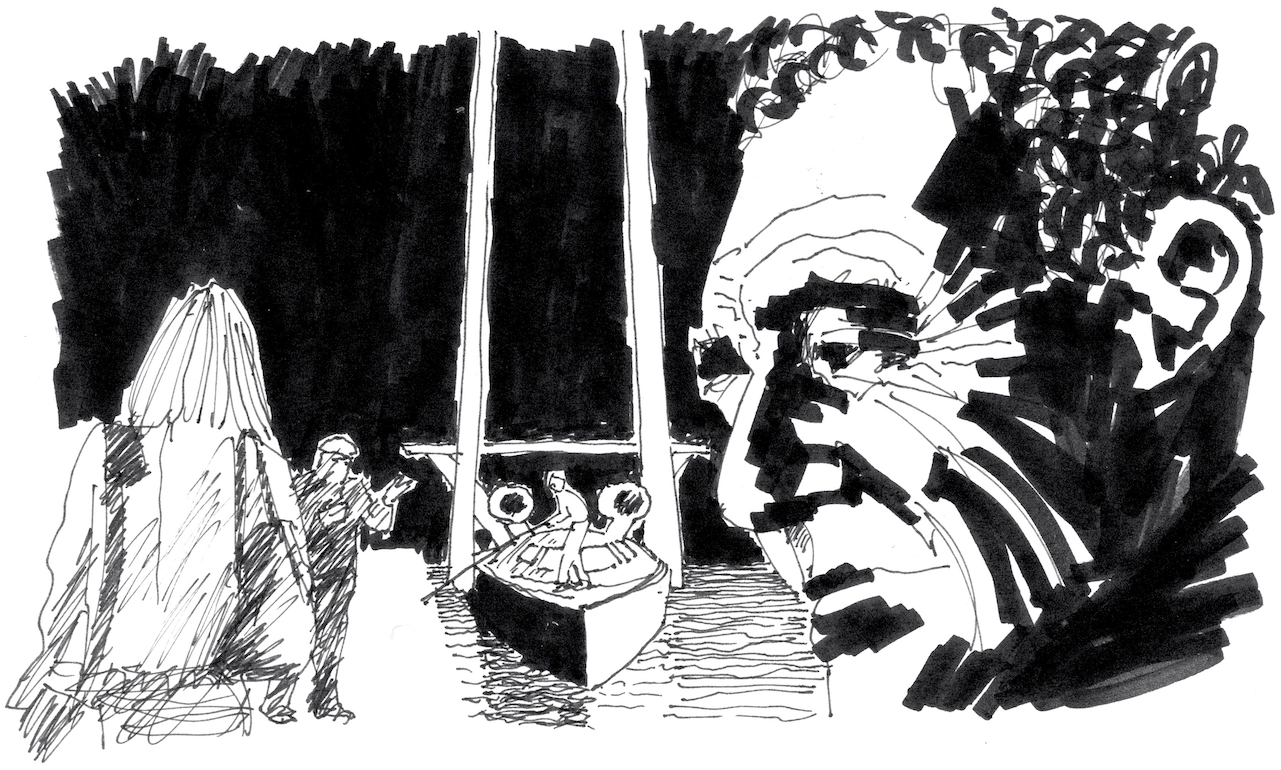 Jessica turned and asked Sara what she was talking about.

“Sorry. The last outbreak of COVID. I got a call from Rosa, our Circle City LA director, early this morning. They had three deaths last night. Testing this morning showed it was a new form of COVID.”

Jessica, Tommy and Sara were in a private lift to the Port of Everett. A lift that was regularly screened for bugs and tracking devices.

“A new form? Meaning the vaccine won’t work?” Tommy was thinking out loud.

“So that means back to masks, separation and so on.”

“Yep, and another opportunity for the super-rich to gain even more control through both legislation and continuous corporate consolidation. We lost most of our mom-and-pop retail back in the ’20s.” This from Jessica. “And with overt medical rationing…” Her thoughts trailing off.

Jessica had been in the thick of the fight against the misinformation from the Trump administration in 2020. Misinformation that had resulted in “officially” more than a million deaths in the United States. A total of more than a million had been widely reported. Could have easily been millions – many millions. No one really knew how many had actually died. Deaths among the homeless, the poor and the disenfranchised hadn’t been part of the official count. “No need to worry about them” was the official line.

Most of the millions had died in the “red states” and the Deep South. They’d died even though they overwhelmingly supported Trump. They supported him with their families dying around them. They supported him in spite of the fact that he seemed less and less in control of his own pronouncements.

One had to admit that the White House team did a good job of keeping the boss in charge, providing a sea of enablers to kept him afloat. Enablers preventing any intervention that could have threatened the steady growth of neoliberal power.

Jessica went on: “The last time, 2020-21, we saw how mega-corporations and the super-rich used the crisis to their advantage. We could see another wave of that.”

She paused, and then…

“And we saw how groups of corporate elites rallied around Trump to keep the economy tilted to their advantage.”

Tommy remembered it well. The thing about American capitalism was that disruptions always provided opportunities that could be played to an advantage. On the surface that seemed fine. Adapting to circumstances is supposed to be one of the great strengths of the American Way.

Prior to the COVID outbreak in the ’20s, private capitalists had maximized profits by not producing and storing tests, masks, ventilators, hospital beds and so on. Epidemiologists had predicted a pandemic years in advance of the outbreak, and urged healthcare providers to prepare. But there’s no profit in manufacturing and storing things that won’t produce immediate cash flow.

When the giant retailers Macy’s, Neiman-Marcus, JC Penney, Sears and Kmart failed because of stay-at-home orders to reduce the virus’ spread, their former employees were reduced to searching for job that paid minimum wage – or less. Mom-and-pop retail ceased to exist. Walmart, Costco and Amazon expanded, taking the market share of the losers and hiring a handful of those who’d lost their jobs.

Together, those business failures and thousands of others created 30% unemployment in the rich countries, and 250 million dead in the poorest – while the super-rich got richer. Jeff Bezos’ wealth was said to have increased by $25 billion in the first two months of the COVID pandemic alone.

With a shrewd investment strategy and growing political power, the Gates Foundation became a shadow government that gradually gained more power and wealth than the actual U.S. government. Private contractors took over most of the functions of the military. All this was facilitated by the pandemic disaster.

Trump’s run for office had been supported mostly by those who felt left out. Those who felt the country needed the kind of structural change that only an outsider could provide. His voters included – ironically – many from the left who had supported Democratic socialist Bernie Sanders.

Once in office, Trump’s reality-TV style and social media mastery kept him in the news on an unprecedented, almost hour-by-hour basis. His supporters loved him for it.

Republicans, with a lock on the Senate and the White House, used their power to keep Trump’s support strong with signature issues like immigration, guns and abortion, while reducing environmental standards, increasing carbon production and growing the number of the military, military contractors and the police. Along the way they increased weapon production and weapon stockpiles. And through it all they reduced taxes for big business and increased the national debt, while erasing the rules that had previously held corporate power in check.

The federal government became weaker and weaker through this period. Although polls showed the percentage of Trump supporters to be well below 50% throughout his first term, his consistent supporters remained enthralled with the disruptive nature and style of their champion. And he rewarded them with his often-outrageous advice, like injecting disinfectants to beat the virus. They took these outbursts as the normal reaction of “their man” fighting an uphill battle on their behalf – beating back the evil and elitist doctors, scientists and scholars they hated.

So Trump curried a consistent, committed base of followers: a base that hated being talked down to by the elitists so much that they would walk through fire for him, and even follow his preposterous suggestions.

Polls also showed that something like 80% of America’s police and military were Trump supporters. The base had their guns, and knew how to use them.

The base also wanted control. They wanted the country white. They wanted women subservient. They wanted the circle of power to include them and no one else. They wanted the kind of stability that only iron-clad dominance could provide. They believed America could best provide them upward mobility as entrepreneurs, or within the corporations Ayn Rand described in “Atlas Shrugged.” So when corporate power surpassed government power, the base cheered.

But the base didn’t react when their healthcare and Social Security were threatened. The base didn’t notice or care when the rivers and lakes gradually became dirtier. It was as though the base was so committed to Trump’s tearing down the institutions they felt symbolized their lack of power, that they didn’t recognize the threats to their own interests.

It was dark when they arrived. Captain Bob met them on the dock. “I wasn’t expecting to take her out this time of year. It’s going to be tricky getting her going.”

Sara introduced her group to Bob and his mate Jerry, and grabbed the lift back to Seattle.

The ramp from the dock down to the floats was moving all over the place as they descended. The boathouse was one of many built behind the breakwater at the Port of Everett. Tommy had heard that most of them held superyachts. All the boathouses were rising and falling on the swells. The breakwater had been built 20 years earlier; since then, rising seas had reached the point where high tides now routinely crested the barrier.

Tommy wondered out loud why the rich hadn’t stepped up and raised the sea wall.

“I’m looking for another place to moor her,” Bob said to no one in particular; he was clearly worried. “Thinking I can find a place in Vancouver. Probably have to take her wings off to conceal her.”

They went through the door of the rolling boathouse, and Bob flipped the lights on.

It was the strangest-looking boat Tommy had ever seen. He’d heard about these strange craft, but didn’t realize they’d actually built one. It had what looked like airplane wings – wings that were folded vertically against the sides of the hull and reached almost to the ceiling of the boathouse. Tommy figured it must be something like 30 feet to that ceiling. The hull was long and low, maybe the same length as the wings.

“What is this thing?

“It’s an airplane designed to fly while just barely touching the water. ‘Ekranoplan’ is the Russian name. ‘Wing-in-ground-effect’ is the English version, but the Russian name is more accurate.

“Johnny will show you aboard while I get the doors. We don’t have much time.”

But Tommy asked the more important question: “Can it fly below the border radar?”

“Yes,” Captain Bob said with a smile. “Why do you think you’re here?” 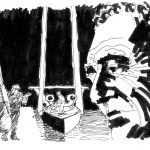