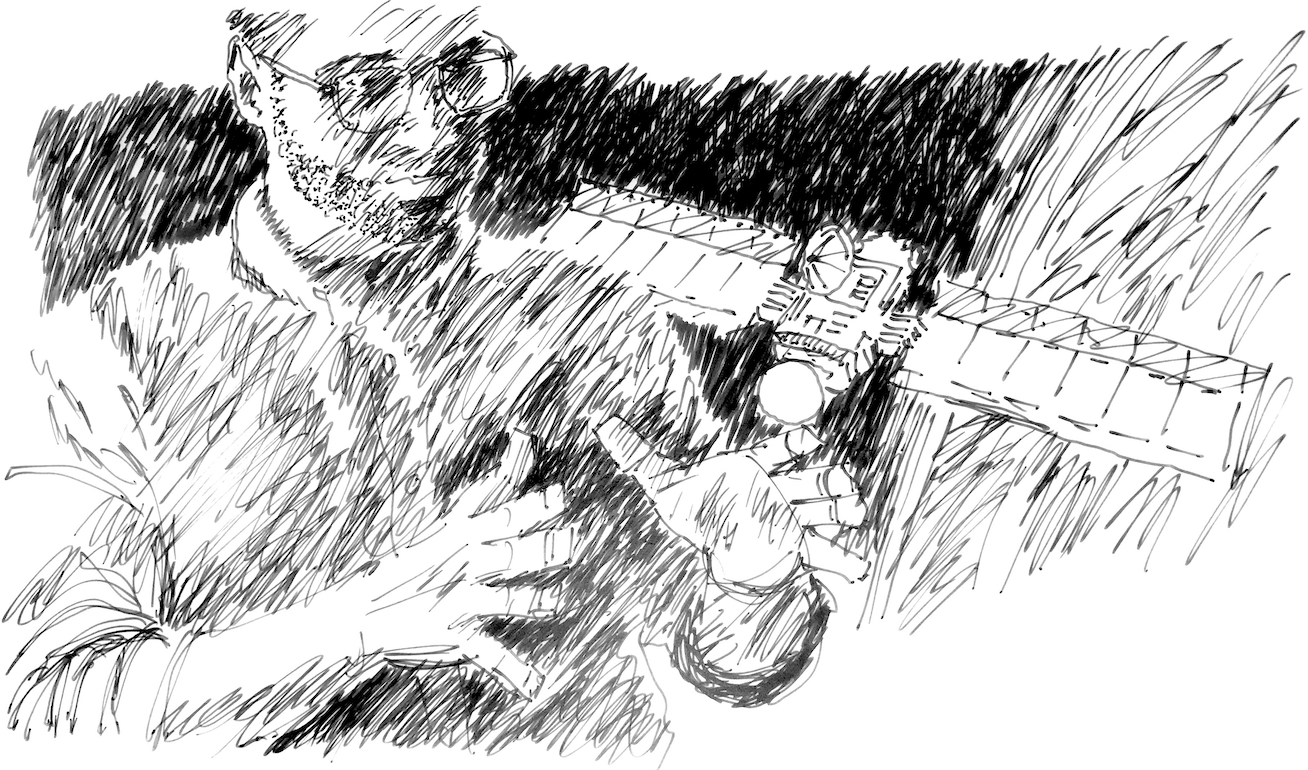 The life as advertised. Happy shoppers surrounded by abundance. Abundance for the affluent few.

“Remember magazines?” This from Tommy.

They were in GM’s Detroit planning bunker, waiting for the AI engineering report on Project Bella. They knew it was going to be a long wait.

“They were wonderful,” he said reverently. “I helped create a couple in my career. Always a pleasure to work on.”

He paused, then continued. “The thing about magazines is that they created their own little world. All gone now, but so beautiful, and so much influence.

“Well, I guess you can still get old ones in the nostalgia shops.” These shops had been popping up all over – full of stuff that had once been everywhere.

Then he remembered a time he was on a long fight, a flight he almost missed. Ended up running to the gate with no time to pick up his usual stack of reading material, and found himself tucked into a middle seat with nothing to read except the in-flight rag.

“No more in-flight magazines these days,” he thought. “No more flights, either, for that matter.”

The flight he remembered was at about the time when the effects of the warming climate were manifesting everywhere. Smoke in the cities, from the fires that came ever more frequently. Waterfront homes at bargain prices. Disruptions in certain food supplies. The signs were everywhere that things were not the way they once had been.

Making the best of his middle seat and the lack of a favored glossy magazine, Tommy had gone through the in-flight looking at each page: the letter from the smiling airline CEO, a press release about changes in the mileage plan, travel recommendations, pieces extolling the virtues of some new chef or the latest car. And the ads. God, the ads. The world they depicted was disappearing fast even then. Blue skies, smiling vacationers on pristine beaches, shopping trips presented as the purpose of life. No mention of massive droughts in some areas, or excessive rainfall in others. No mention of haze-choked skies that were the reality of those early days of the change.

“On the other hand,” he thought, “it was kind of nice to lose yourself in the world of conspicuous consumption depicted on those beautifully designed pages. Nice to forget the CEO shootings, the political ugliness, the border wars and all the rest.”

Tommy remembered happily drifting off to sleep, thinking that within the pages of the magazine – with its beautiful people and warm sunny beaches – he too had lost himself for a while.

A note appeared on their screens: The head of the AI effort was on his way to personally fill in the Overture team. Good news? Maybe.

Taylor had been driving the initial steps of the Bella Project from Day One. His personal fortune had funded much of the early Purple Morn effort. It had been his team that had pushed for the strategy to partner GM’s manufacturing engineers and Overture’s social group.

“We’re in. What I mean by that is that we’ve cut through their security to the point where we can now at least see our way into the maintenance bots.”

Taylor smiled. “The best part is, they haven’t seen us. They don’t know we’re there. And they never will.”

He paused for a moment. “Well, there are still risks we’ll face. I’m afraid the thrill of accomplishment…”

“But you’re only into the machines that fix the data centers, right?” This from Brie.

“That’s right. The fixers are our first stop.”

“What’s your sense of timing on this?”

A shrug from Taylor, and then, “Well, the only real answer is ‘it depends.’”

It depends on how the fixers are configured, and how they respond to multiple masters. We’re just beginning to sort that now.”

Taylor checked the time and noted, “It’s late; our third shift was just about to be briefed when I got the heads-up that we were in. I’m going to get some sleep. Suggest you do the same. We’ll know much more in the morning.

“By the way, the GM guys recognized the signature of these bots almost instantly once we got in. They know who made them and the protocols that were followed.  That’s perhaps even better news. Now we know a little bit more about what we’re dealing with.

“Night, night.” With a wave and a yawn, Taylor was off.

“He’s right,” exclaimed Jessica. “I’m exhausted. Let’s turn in. In the morning, when we’re fresh, we can run through our part of this.”

Social is about individuals

Jessica had a key role. It was her job to apply as many insights as they could muster, to shape the massive communications effort.

The concept was simple enough: Plant the tiniest of hints in the hands of influencers all over the globe, through GM’s private network. Influencers who made their living creating desire for corporate products. Some were freelance, many were in agencies, and many more were employed directly in government and corporations.

Influencers may be derided as commoditized media tools, but they’re individuals. Individuals with their own hopes and dreams for a better future. Overture had worked with many influencers in the past. And in the process Jessica and her team had found kindred spirits around the globe. People who might be making their living selling cat food, baby products or the latest gaming tricks – but also people who were sympathetic to the larger cause. Influencers whose collective followers totaled in the billions.

Their power was in their numbers, and in their connections to hundreds of thousands of individual cohort groups. Individually their influence was relatively small – but taken as a whole, their influence was formidable. The world view depicted through their efforts rivaled the magazines of the past. They weren’t like the glossy images Tommy remembered, but the world they depicted to their followers was far more influential. Their followers lived and breathed their words and images.

Just like the trend-searching, cool-defining hunters of the past, these influencers found the sources and the roots of desire in the world’s ghettos. The most base levels of society. Where people lived on scraps from the garbage piles. Where slavery was very much alive. The places where music, games and stories were born.

The question from the start had been, how to influence the influencers? Jessica’s team knew desire started at the bottom. The places where there wasn’t enough to eat. Where communications had reverted to word of mouth and untraceable analog. Signals multiplexed over old electrical grids.

When something caught fire in the base – with those who were left out – it rose. It floated slowly to the top, rising up like a bad smell. A smell that couldn’t be missed. A smell that would trickle up all over the world, from a billion sources.

But this time the goal wasn’t a new fashion trend, or new music. It was a revolution. 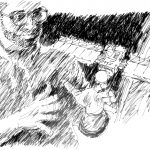