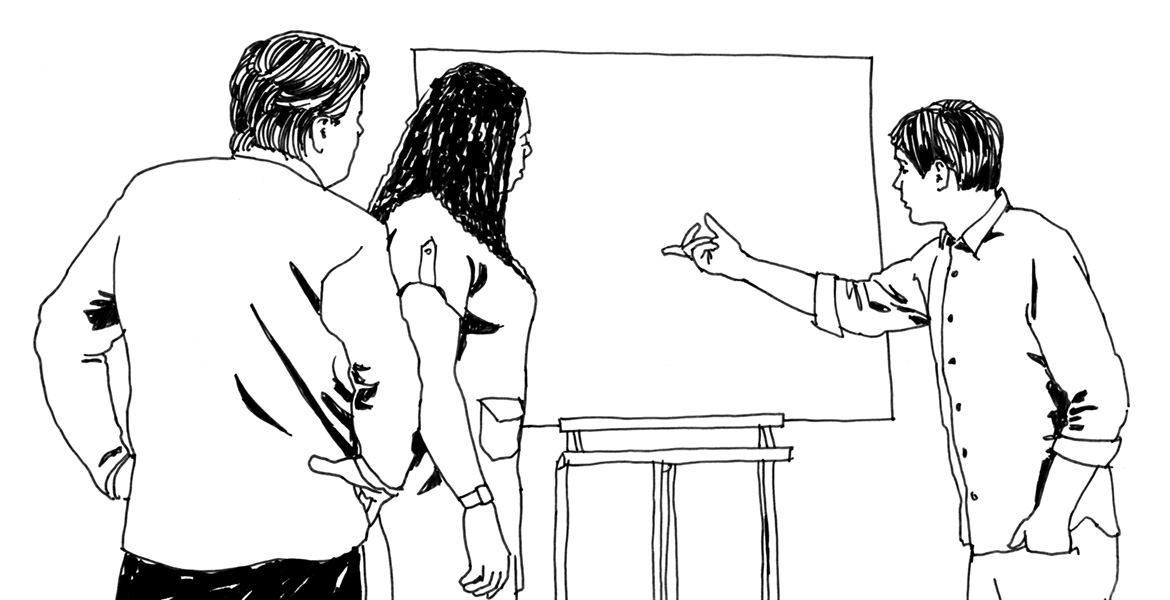 Stop trying to turn everyone into “team players.” Here’s how to set a baseline that everybody can commit to–no matter how different they are.

When I started out as an illustrator and designer, I focused way too much on myself. I thought I was only expected to do the work I was skilled at, figuring that the task of getting everyone on my team to pull together was our boss’s job, not mine.

That assumption wound up hurting me. I didn’t understand how to communicate. I followed my own agenda, unwittingly adding to team drama with unhelpful gossip. And when one of my first performance reviews included a critique from my supervisor that I wasn’t a “team player,” I actually took it as a compliment: “Team players” were losers, and I was a uniquely gifted winner. I quit soon afterward.

It took me a while to shake that egotism–and learn not only that teamwork makes everybody’s work better, but also that you don’t have to surrender your personality to be a team player. As a manager, I’ve since learned how to ask employees to focus more on their team without having to downplay their individual strengths and quirks. The secret is simple: It all comes down to the norms you set.

Getting to know your norms

Norms, for starters, are expected shared behavior. No matter what they consist of, they’re the known but mostly unspoken “way we do things around here.”

Teams can have strikingly different social behaviors and still produce exceptional work. I’ve seen teams with an informal brainstorming process–they always went off track during team meetings–be just as successful as extremely formal teams that were totally goal-focused. What matters isn’t the style of behavior, but that all team members feel good about that style.

This also leaves room for individuals to improvise and do their own thing. If one team member’s approach to a certain task differs from her coworkers but they’re similar in style (if not substance), chances are they’ll still be able to collaborate. The norms govern a certain set of behaviors that bind the team members together. As long as everyone’s broadly in sync with them, you won’t need to spell out a best practice for every single task or activity. In general, norms must accomplish these five things:

>Guide how much personal sharing is part of team meetings.

>Determine how critical feedback is shared and how praise is used.

>Keep the group from splitting into cliques and factions.

>Be inclusive and serve as a binding agent that holds everyone together, even when opinions differ significantly.

>Prove strong enough to ensure that even divisive opinions are respected and encouraged (since they’re often where the best solutions come from).

If a team member or leader breaks with these norms, they do so at the risk of diverting the team’s attention away from the shared goal. Best of all? Encouraging and enforcing your team norms frees managers from having to do the impossible and “manage” their team members’ personalities.

Once you’ve identified your norms, it’s easy to draw up more specific guidelines that reflect them. Here are a few that I’ve found are especially helpful for managing teams of creative people whose personalities may be more likely to clash:

Manners matter. Civility provides a feeling of safety. Once civility becomes the norm, it’s easier for team members to do work that challenges each other as well as conventional wisdom. As long as you can be civil in the way you disagree with each other, you can put forward radically different ideas in pursuit of a shared goal.

Inclusion. If civility helps everyone feel respected by their coworkers, inclusion is what lets everybody feel equally valued and empowered. In meetings, for example, this norm might dictate that all team members speak for roughly an equal amount of time. Those who really listen to each other feel respected, included, and at ease sharing decision-making power evenly.

Dependability. For the team to succeed, each member must not only commit to doing their share of the work, they must also complete it on time. The simple tenet of always doing your part and honoring your commitments is fundamental to any cohesive team.

Role clarity. Each team member has to know their own role, be completely committed to it, and understand how it supports the roles of the others. This is what gives team members confidence in their value to the group and in their colleagues’ contributions.

Higher purpose. Everybody needs to grasp why we’re doing what we’re doing and believe that it matters. That underlying sense of purpose is (ideally, anyway) what motivates everyone to make an earnest effort individually.

Honest critique. This one is sometimes under-appreciated, but effective teamwork depends on being able to step back and question how the work is progressing and whether it’s serving the goals. Effective critiques challenge and examine different approaches, thinking, and methods, sometimes leading to a change in direction. This type of feedback needs to focus on the work, not the person who did it; done wrong, criticism can stir up vulnerable feelings of not being good enough rather than strengthen everybody’s stake in the process.

Healthy controversy. Seemingly risky or silly ideas are essential to collaboration. Encourage your team members to ask challenging questions and look for unusual solutions. A committed, supportive team creates an emotional environment where controversy can flourish and be positively channeled.

No bad behavior. Damaging interpersonal behavior is off-limits. That means no personal gossip, no back-channeling, no undermining, and no shaming or blaming.

You’ll notice that these norms and guidelines don’t have much to say on the question of personality type–and that’s by design. Rather than managers or team members adapting their approach to the personality of whoever they’re working with at a given moment, norms set a common baseline. This way, everyone knows how to behave to be a “team player”–even though they may be a proud individualist at the same time. 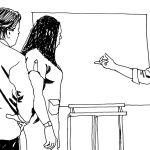