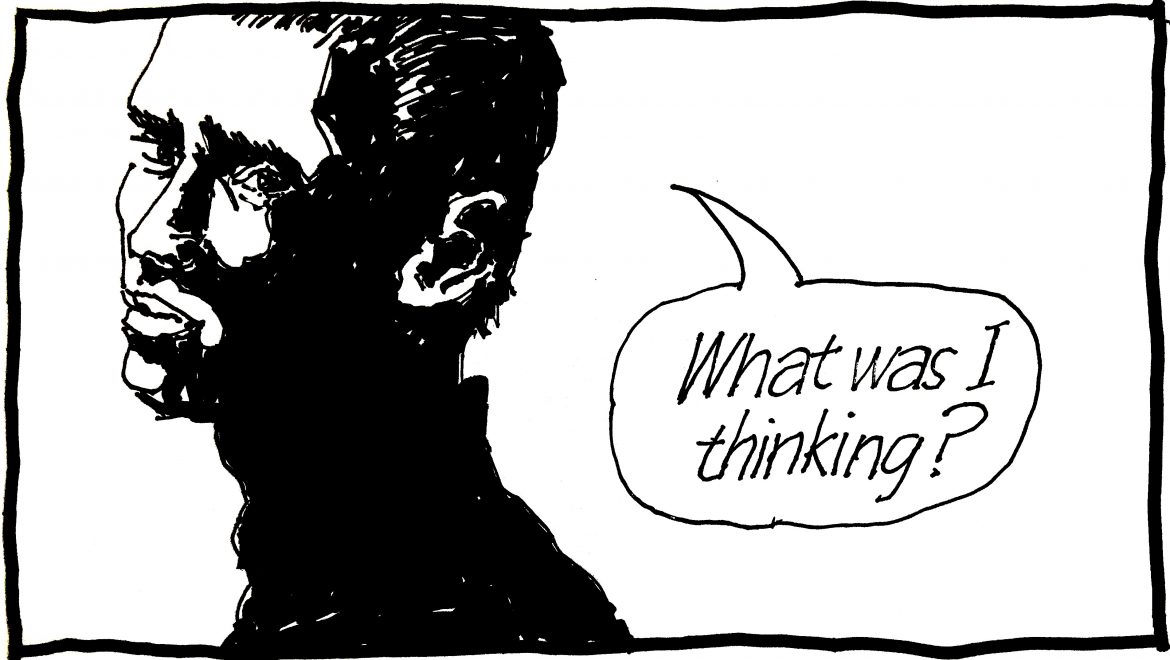 We evolved the ability to size each other up instantly thousands of years ago. Now, it is generally known through psychological studies, that our snap judgments of others are quite accurate. Separating friend from foe is all about self-preservation, after all. How we present ourselves to others instantly sets the stage for how the relationship will progress. Do you think about how the impression you make shapes what others think and feel about you? I’d love to hear how a first impression you made shaped others behavior. Here’s my story…

The minute I entered the hall, I knew I was being noticed. The music didn’t stop, and neither did the dancers, but as I walked along the side wall looking at the girls, I knew I wasn’t fitting in. I was a boy in a mans’ world.

I saw her across the room just as I passed the refreshments. I crossed over, in front of the band. She was smiling at me. The musicians were playing current favorites, and she wanted to dance with me. That warm feeling of being included swept over me as I took her hand.

“Why are they all staring at me?”

“You’re from out of town. We don’t get many out-of-towners, and you’re a city boy.”

“How do you know? I’m wearing the same as all the other guys.”

“There’s just something different about you.”

The dance ended. She said she had to go. The warm feeling left with her, and I continued my walk, now toward the entrance. The next number started. No one else looked like they wanted to dance with me. I thought I’d step outside and grab a beer from the car.

I’d ridden over with Dave and his two brothers. On the way over we’d bought a case of beer, as we usually did on Saturday nights. We all worked together on the farm. Most Saturday nights we stayed closer to home, but one of the guys thought it would be good to get farther away––and this was supposed to be a particularly good dance, complete with live music.

“That was my girl you were dancing with in there!”

That was all the warning I had before his right hook missed me by a fraction. Dave’s Ford blocked my escape route, and I dropped my beer. I managed to duck his next punch and saw that a circle had already formed around us. A circle of his friends, I assumed.

Thinking fast now: “Shit! I’m not going to be able to duck and weave for long. And if I hit him it’ll only get worse.”

I’ve had that feeling of being “the other” many times in my life, and I’m sure you have too. The first time you attend a professional meeting and don’t know anyone. Or the class you take where it’s everyone else’s major and you just need the credits. Or the gym where everyone else knows what to do and wear, and you’re a novice.

Being the other can be as simple as being too young, too old, too heavy, too inexperienced or just from the wrong school. Or it can be dangerous, when you’re the wrong race, religion or orientation… or from out of town.

Maybe things would have gone better if I’d entered the hall with Dave and his brothers. That way I would have been in a group. If nothing else, I would have looked less vulnerable as a target. But we’d separated for some reason, and, drawn by the music, I’d decided to go in alone.

Or maybe it would have gone better if I’d introduced myself to those just inside the door with something all friendly, like, “Hi, I’m Ted, I’m just visiting here. I heard this was a great dance, and I love to dance. Would you be willing to introduce me to a few people?”

But instead I chose to walk in and scan the hall, as though I had the pick of the girls––like I owned the place. Worse, my slow, cultivated walk, intended to show my confidence, probably prompted some to think I was acting just a bit big for my britches.

Did the girl dance with me to make her boyfriend jealous? Was it really her boyfriend who started the fight? Or was it just a guy looking for a fight to show how tough he was? I’ll never know.

I never landed a punch. Neither did he. I was still dodging and weaving when Dave and his brother Tom arrived and ended the fight. The crowd was disappointed. I was relieved.

Dave and Tom were not happy that they had to save me. They didn’t like being forced to leave a great dance early and they didn’t like risking life and limb breaking up the fight.

Dave was disgusted with me, “what did you think you were doing in there?” Apparently he’d seen me swaggering through the hall. My display of arrogance had changed his impression of me as well.

Since then I’ve tried to tone down the arrogant swagger and remember to introduce myself modestly when I’m entering new terrain. I try to tone down my ego’s need to seem superior when I’m feeling vulnerable. I try to remember that first impressions can lead to difficult outcomes, if they’re handled badly––that first impressions can lead to lasting consequences. 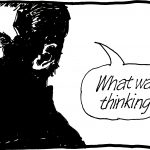