Fairness and love and America 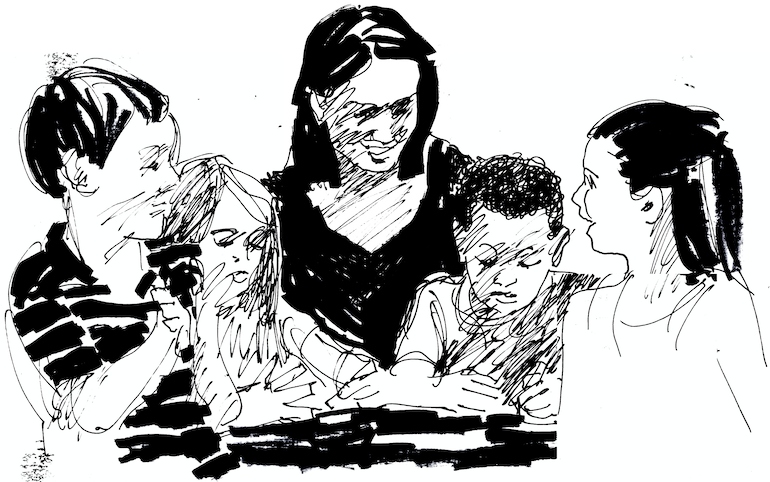 I believed fairness and love were the goals. Inclusion. Equality. An equal playing field for all.

There was peace in the world. Fairness and love were the agenda. Sometimes I can still pull up those wonderful feelings – feelings long past. The warmth and kindness that was kindergarten. Where everything was right in the world.

I trusted the goodness of the school. And why not? The teacher smiled and loved us all. I loved her back, as I played with the big blocks and peeked through my arms at the pretty girl during naptime.

I learned I was smart and capable in the first grade. That I knew the answers. That I had a place in the group. That I belonged.

But at home there was no peace. Plates were broken, and so were hearts. Was it post-traumatic stress disorder? Maybe; who knows what happens inside a man born in poverty, forced to look for work in the Great Depression. A man who then serves in the Pacific in World War II. I was born into an America created by him and the millions who’d experienced those times. The American dream.

They told us democracy was all about making life good for all. That we were free. We chose the people to govern – people chosen to be good stewards for all of us. We believed in the goodness of government. That America was good. Standard for the world, some said.

In middle school I sold a couple paintings. Thrilling. It was the most rewarding money I’d ever made. My income had previously all come from delivering papers, or doing yardwork and other odd jobs. Doing art, which I loved, and making money at it was the best. When someone buys your work, you can feel the love.

I thought I could win the things I saw. The beautiful things advertised on the color pages and the TV. And with those things would come the good feelings I remembered. I thought there was a chance I could win the game. Win not with grades and college, but with art and persuasion. Get the clothes that looked just right. The cars that were so powerful. There they were, right there, available on the pages and the TV. They were the things that would make me free.

Do you see how hazy my view of the world was? Feeling my way forward through a fog of my own making.

Why, I wondered, is their pull so powerful? Could I make pictures that compelled people with that kind of power?

I read that Mr. Truman showed Mr. Khrushchev a Sears catalog to dramatize our abundance. I read that Russian shelves were bare. The photos showed Russian people in dated clothes, their world in black and white. Maybe they didn’t have Paul Simon’s Kodachrome, I thought, when I was in art school looking for answers to why the pictures were so compelling to me. I was trying to capture those compelling feelings in my art.

Was I trying to find my way back to those feelings, when fairness and love ruled, before plates were broken? Back to the safety of my teacher’s smile? Nowadays, I think so.

Instead, at the time. I saw the way forward through art and cars and clothes. I didn’t really know it was a one-way ticket. I didn’t know that consumption by the few was at the expense of the many.

Oil and airplanes. Chemicals and computers. Cars and electronics. Startups and multinationals. I was proud to work for them all. Design and branding. Annual reports that I now understand were full of half-truths and untruths. I voted for Richard Nixon with his oh-so-clever “Southern strategy,” without a clue that he was a racist, a crook and a tax cheater. I got the clothes and the cars. A life in the suburbs. A family man who coached his son’s baseball team.

The sky was blue and the grass so green. America was what I believed in. We’d learned our lesson in Vietnam. Never to go down that road again – but we do, of course, and will do so again.

Eventually I saw the contradictions. First the racism. Then, later, the Vietnam War.

Clearly, we weren’t running the world with our goodness when the oil began to be rationed and the president put on his sweater. But for the most part I felt we were special as Americans. That, yes, we made mistakes and missteps along the way, but fundamentally we were on the right path. And I continued to fill the tank, still largely oblivious to the changes underway.

America was beautiful, and Vietnamese families were moving into my old ‘hood. Sort of a Marshall Plan, I thought. First we bomb them, then we love them. Just like Japan. And I remembered when I’d seen Datsun pickups replacing Jeeps on the farm.

Then I heard it was “just in time.” Another American import via Japan.  All the parts and pieces shaped to perfection and delivered in the nick of time, so costs were cut and productivity was up. All just in time.

A few jobs lost, but service jobs were on the rise as Walmart came to town and my high school teacher greeted me at their door. “Only supplementing my income” she said through a tired smile. But I was good; I’d arrived in my gleaming steel wonder.

Then I learned that America was becoming a service economy. We’d all become knowledge workers, supervising the world around us. It all sounded great to me. Wages weren’t rising, but prices were falling. The great Reagan revolution was on. I voted for Carter. The man in a sweater who wanted me to drive fifty-five.

I didn’t notice the unraveling of my American dream. At least not then.

As we approach this election, I remember that old fear: that something wasn’t going to be right when I got home after school. That it was impossible to escape the violence. I had a bully at home; we have a bully in the White House. A bully who has already endorsed violence. Violence at the border, in the streets and against the planet. It was only a good whipping when I got home then. Now, Yakima is burning.

So I find myself in a world I helped create, where it takes a teenage girl to wake us up to global warming and the damage we’ve done in our quest for unending economic growth and ridiculous wealth accumulation.

Here I am, with a new awareness of America. Millions putting madness in power because they feel left out. In the flyover zone. Disrespected and despairing over their lack of say with the ruling elite. I understand their fury.

Wages stagnated since the eighties. The gap between rich and poor historically wide. People looking for someone to blame: immigrants, Jews and people of color. And now a pandemic – because we messed with the planet, or maybe it’s weapons research run amok. Take your pick.

I didn’t want to be writing this. Knowing what I know now takes me to my darkest place. I hate it that I can’t fix it in a snap. But I believe we can. 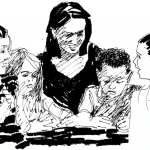