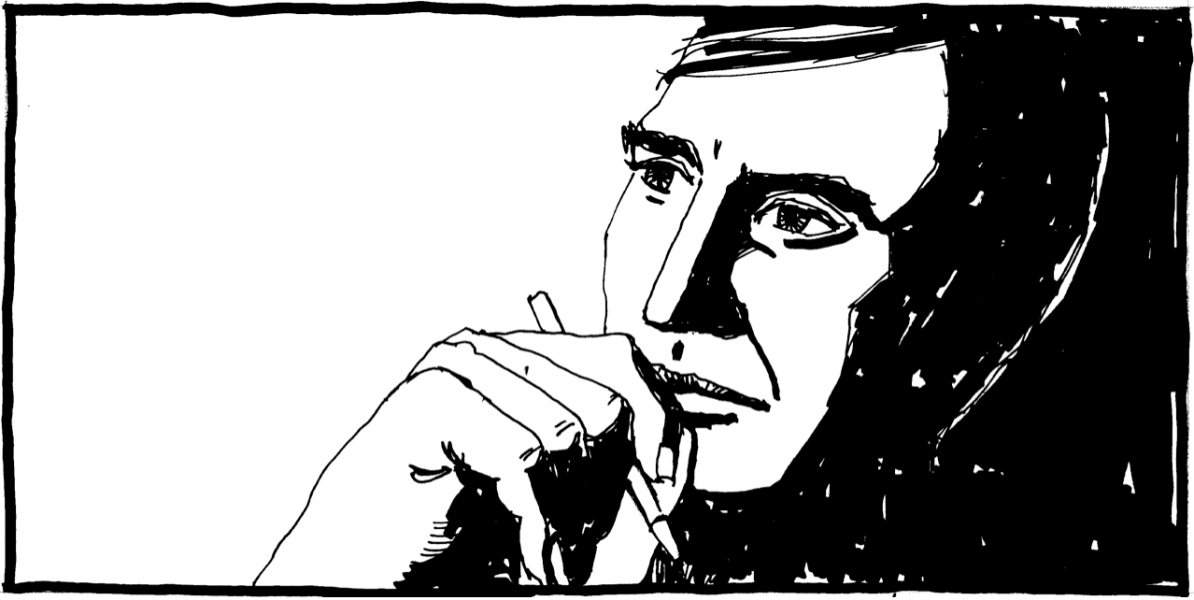 Sometimes our idealistic goals break down in a drama packed moment – a moment where we think the end justifies the means. This is an incident, underpinned by shame, that I’ve remembered for years. A moment where I departed from my principled methods and paid the guilty price.

My strategy director met me at the door as I came in that morning. “Ted, you’ve got to look at what Steve is about to present. I’m afraid the client is going to freak.” It was a major branding assignment, and the client was coming in that afternoon.

My first thoughts were, “I hate this,” and “shit.” There I was, about to be caught between two of my best people, and it wasn’t even 9 o’clock yet. I needed to see what she thought was so freaky – and yet there wasn’t much time to make changes, with the presentation scheduled for 3. Grabbing the phone, I dialed Steve and asked him to bring in the work for a review.

This was highly unusual for me. It was my firm, but I almost never interfered with creative. I managed people, not their work. Steve was one of my most trusted creative directors. He was young, bright and extremely creative. His design work was always heavy with meaning. He was adept at both imagery and intent – a rare combination. But I also deeply respected my strategy director. And if she thought something was amiss, it probably was.

So there I was, caught in the middle, and the clock was ticking. I was about to violate my own teamwork guidelines, and seriously damage the trust one of my best creative directors had in me.

I was breaking the norms – specifically, the established norm that the creative teams, with insights from strategy, determined on their own what was to be presented to our clients. As the firm’s leader, I had established our teamwork guidelines. Worse, it was at the last minute; Steve was directing the creative team’s final touches to the work that was to be shown at 3.

Steve entered my office with his team and the work that was to be presented that afternoon. I’d never asked Steve to do a preview at the last minute before, and he looked shaken. In his mind there was no precedent for this. I knew I was breaking norms, but felt compelled to move forward with what I’d started.

Our assignment was to rename and rebrand James Martin Associates, a global IT consultancy with more than 50,000 employees and offices in 20 countries. At this point we had proposed and the client had accepted the name Headstrong to replace James Martin, a dramatic change. Obviously this was a major assignment for us, and a major change for our client.

I contacted and sent Steve an early draft of this story to get his thoughts. What he said follows…

“Ted, I knew our solution was risky.

“I knew our presentation had no breadth. I knew we were on thin ice before strategy sounded the alarm.

“We struggled to come up with viable ideas. We had only one idea that amplified the name Headstrong with any teeth — everything else was meh. So, strategy’s anxiety the morning of the presentation was really just a confirmation of my own unease.

“We were still scrambling in preparation for the client when you called for a preview. I’d already had a tense, defensive discussion with strategy. I was beyond collaborating to solve the problem, and racing to get ready. Just hoping to survive the day, when you asked me to bring in the work for review. At this point I was truly shaken to the core, but I grabbed the work and, with my team in tow, headed off to show you.”

Now back to that day…

Steve talked me through the work.

“Ted, the name we’re proposing is Headstrong. With a name like that, we must shift the meaning from ‘stubborn’ and other negative connotations, to what we really want people to think – which is that Headstrong’s consultants are smart and decisive.”

The new logo featured images of three consultants, each with four little computer screens for heads.

I was floored. “Geez, Steve, don’t you have anything else?” Now I was really into saving the day. Had Steve lost his mind? Maybe he wasn’t as good as I thought he was.

“Sure, Ted, the team explored all kinds of things…”

“Well, go get them. Let’s take a look. We can’t just present one solution…”

Steve hustled out of the room to get the early work. You could hear the breathing in the room; no one said a thing. Steve returned with a bunch of typographical solutions. I pawed through them, picked a couple, and asked Steve to add them to the presentation – feeling like a jerk but terrified we’d lose this account even with presenting the alternatives to Steve’s wacky idea. I had to do something.

The client weighs in.

The client loved Steve’s solution. He thought we were geniuses. James Martin became Headstrong. Headstrong’s consultants loved that we celebrated them through the new branding. I used the success of the Headstrong work to sell branding programs all over the world. My relationship with Steve was gradually repaired once I apologized.

In 2011 Headstrong sold to Genpact for over half a billion.

The following is again from my recent emails from Steve.

“Ted, even though I sensed we were on thin ice, up until that point I viewed interaction with strategy as a necessary annoyance. Yes, I understood that strategic insights were valuable and helped establish objective criteria for the creative brief – and by extension were a way to help the client understand the work.

“But in practice, I just wanted people to get out of my way. I felt like once the strategic underpinnings were delivered, strategy folks should just let me and my design team interpret them as we saw fit. I lacked respect, and didn’t feel I should be accountable to strategy, both in terms of process – back-and-forth communication – and evaluation – how creative ideas were meeting (or not meeting) the strategic criteria.

“Even though the Headstrong presentation was ultimately successful, I realized that I needed to be more intentional about collaborating with our strategists along the way.

“Logistically, the challenge is creating the time to engage with strategy (more than once) before the client presentation. We designers tend to work right up to the last moment.

“I still tend to resist check-ins with a strategist. Why? Because I fear they will water down the work. I still disagree occasionally with a strategist’s feedback on creative work. Especially if I feel they’re being too conservative or too literal. But more often, they make the work stronger and are a huge help in fine-tuning, if not the creative itself, at least the articulation of the concept. I would not have the maturity to successfully collaborate with strategy had it not been for learning experiences like Headstrong early in my career.”

Finally, what I should have done.

I should not have put Steve on the spot. I shouldn’t have called him in. The drama wasn’t necessary. The last-minute doubts and concerns were damaging.

When my strategy director waylaid me that morning, I should have asked her a lot of questions, like:

What is your concern? What is it about Steve’s solution that makes you uncomfortable? What was said about the work during the critiques? Did Steve’s solution meet the conditions of the strategy brief?

I should have asked her the questions that would lead her to deciding what she should do. And once the two of us had covered the issue thoroughly, I should have sent her to Steve with her newly formed insights, so the two of them could work out how to proceed. 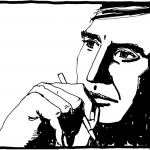