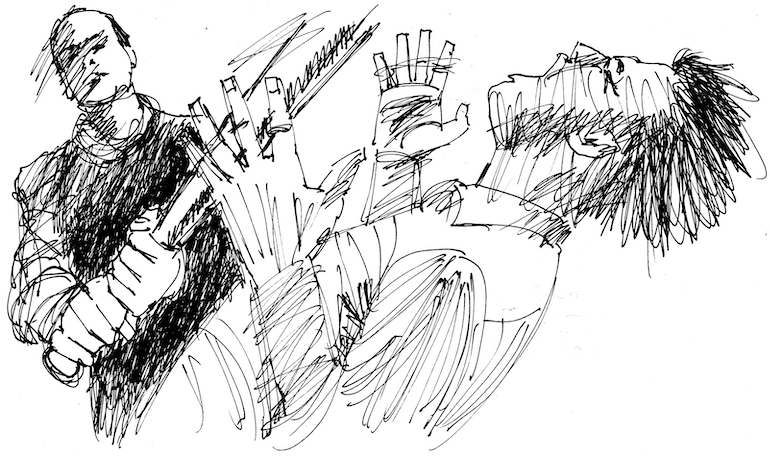 Another black man dead under a white cop’s weight.

My thoughts trail off as I escape into sleep…

Startled, he turns his head when I enter the room. The shadows on his face almost – but not quite – hiding the fear.

“You’re not wearing a mask!”

“Sorry.” I fumble for the mask in my pocket. Find it. Wish it were a clean one as I…

He has a bat in his hands now.

“A bat? Yes, a bat,” I think as I back toward the door, still trying to hook the mask over my right ear. Thinking that having a mask on will calm him. Thinking he’ll have to get within six feet to hit me. Still backing up. Not wanting him out of my sight.

“Shit, shit, shit,” I think as I continue to fumble with getting the mask loop over my right ear.

“Teddy Bear’s a walker,” the chant picks up, then settles down as I reach first. Our assistant coach tells me I should have seen that wild ball coming and stepped out of the way. Tears flowing now. I get ready to make a good show of sprinting to second…

His bat pokes me hard in the diaphragm. And I’m back to the now, leaving my feelings about Sears, Ted Williams and the Sunny Jim Little League team behind.

I feel the doorknob on my back as the wind goes out of me in a whoosh. Doubled over now. Can’t speak. Thinking, “What about the six-foot rule, dude?”

I see him drawing back the bat in preparation for a hit and think, “Shit, he’s a lefty,” as I try to straighten up and turn the doorknob in one move.

“Goodbye, you sick bastard,” he says as he swings.

The door opens and I fall backward as the bat arcs around. I feel the air as it passes my face, close. I’m down, not thinking about my lack of air, or baseball or anything but survival as I roll directly to hands and knees. Fear roiling into anger now.

On my feet. Still in a crouch. Asshole’s through the door, bat in position for another swing. Close. He’s close enough. I hit him hard with a right to his gut. Bat falls to the floor. He doubles over, gasping. I bring up my knee hard. His nose explodes with a spray of blood.

A moment of victory. A moment of glory. I survived. I beat him. Just like I beat Richie in the seventh grade. Richie went down hard, too, but not before bloodying my nose. I think Richie was my last school fight. The memories come back, with detail. I’m not a fighter. Never really was. Always wanted to be like the tough guys in school, in the movies. Never measured up.

I taste the blood in the air. He’s down. “No more from him,” I think, savoring my success.

Blood in the air… COVID! It’s an aerosol. I could have just sealed my fate…

I jerk awake with a bus driver yelling at me: “Hey buddy!” And louder, “Hey buddy! This is where you wanted to get off.”

“Sorry, thanks,” as I stand and make my way to the rear exit, checking my clothes for blood. Realize it was a dream. Realize I’m dripping with sweat. Down the steps and out I go. Better find a bench and cool off for a moment.

“Whew, that was intense.”

I realize I’m feeling the effects of all that’s happened in our world torn apart. The racist ugliness. The anger, fear and uncertainty. The 12,000 living on our streets. The altered daily routines, financial pressures and social isolation. I worry about the election, getting sick, the extent of pandemic, and the future.
Information overload is the least of it. The rumors and misinformation are out of my control. I’m often unclear about what to do.

Rage. Rage at a system that’s failed, with those who are most vulnerable hurt the most. We’re all feeling it. Stress, anxiety, fear, sadness and loneliness, all at once. Raging one minute, depressed the next. And the dreams. The dreams are deep, vivid and disturbing.

Time for deep change. That’s what the dreams are saying.

Note from Ted:
I think of stories like this as “strategic tales.” I write them as a way to use experiences to prepare for possibilities. 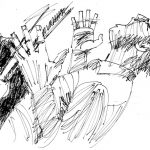