Chapter 23: The nature of war 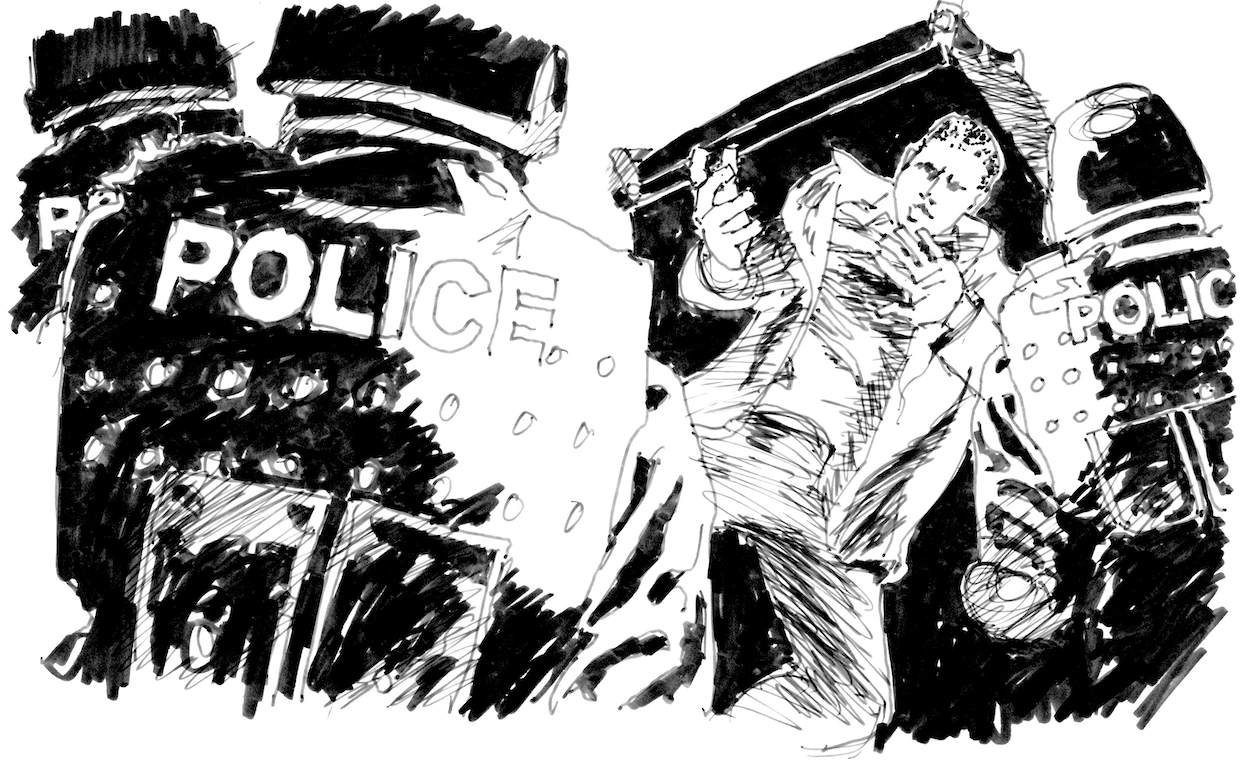 “Why are we at war all the time? Has it always been like this?”

Brie was on the line with Elizabeth, Purple Morn’s resident historian.

“Not always, Brie,” she said with a sigh. “There’s now strong evidence that we sapiens lived without war for something like 3,000 years in the Fertile Crescent, just before ag took off – about 10,000 to 13,000 years ago.

“After that, our history has pretty much been one of steady warfare.”

Elizabeth continued. “I’ve always felt a sense of hope that those 3,000 years of peace, if true, show that war is not innate in our ‘human’ nature.”

Brie was digging for background for the first salvo of social, directed at the influencers. Wars were what Overture wanted to stop.

Under the Ballard Bridge in Seattle. No lights here. Really dark.

Bam! Thrown against the Dumpster. Then hit hard with fists before he could say anything. Jamal was down. Down and only conscious enough to see their police uniforms before passing out.

“Okay, okay. That’s enough.” The burly leader had to pull his men off the boy, who had blood streaming from his nose and the back of his head. “I gotta get more discipline into these guys,” he thought to himself.

“Listen, assholes, when I say ‘enough,’ you stop. You stop instantly.”

“He’s just another nigger on…”

“I don’t care what he is, you piece of shit. You work for me, or you don’t. Got it?” This said with hand on gun, nose-to-nose with the mouthy one.

Silence. No move. Then the mouth stepped back. “I’m sorry, Buck. I get it…”

This little interlude had given the bridge people time to gather. The group formed quickly, wondering what was happening.

Buck to his goons: “Shit! Pick him up. We gotta get gone.”

Jamal had just left the bridge camp after a visit with the activists living among the homeless. “Why the uniformed cops but no police cars?” wondered Travis. The small crowd was growing and moving closer – afraid to intervene, but knowing their presence and the photos they’d already uploaded would stop the violence.

Buck, seeing the shabby group approaching, turned back to his men. “Now! Move it! Pick him up and throw him into the trunk…”

The crowd was getting large now.

Travis: “You guys aren’t cops. Who are you?” Not expecting a response, and not getting one. “Put Jamal down and get the fuck out of here.”

The crowd was clearly more than 50 now, and filling in the circle around Buck and his guys.

It happened fast. Buck fired a shot at the feet of Travis, riveting everyone’s attention. Sheila took the opportunity to hit one of the goons on the head with her bat. The impact was powerful; as he swayed, stunned, Sara pulled the gun out of his holster and put two bullets into Buck’s chest. Stunned, the leader staggered back and dropped to his knees. His vest had stopped the slugs, saving his life. But before he could respond, Moll pushed him to the ground and Travis grabbed his gun.

The remaining goon gently lowered Jamal and then put up his hands.

“Somebody get his gun. Cuff these guys.” This from Travis.

The doctors in the crowd attended to Jamal while the group, now pumped with adrenaline from their victory, started asking each other questions none could answer.

“Who sent these guys?”

At the direction of the doctors, the group lifted Jamal and carefully carried him to the biggest of the mobiles. Others cuffed and duct-taped the fake cops.

Travis said to Jimmy, “Get the keys to the car and ditch it in that big Fremont garage, then get back here as quickly as you can.” And to Nani, “See what you can get off these guys’ phones. Especially the big guy’s.”

The lead doc said to Travis, “Jamal’s going to be fine. Just embarrassed that he walked right into that trap.”

“Dark here,” Travis replied. “Bridge and streetlights have been out for years. Ever since that upscale PCC closed. Sad; I loved that store.”

Overture’s night shift sent the evac drone for Jamal the minute they got the message. Brit was on duty, with Ryan as her backup. “Ryan, Jamal is in real danger now. Let’s get him out to the Tolt safe house. You agree?”

“Right. That should be good for now. I’m going to call Giles. Probably get her out of bed, but the law office has been following the connections between these supremacist groups and corporate leadership.”

“Okay, he’s safely airborne. Yes, call Giles; good idea. I’ll follow up with Travis. See what he gets out of the goons.”

Thinking out loud, Brit went on. “The Homeland goons beat him up pretty bad back when we were raided. He was only 15 then.”

Brit answered, “The doctor said he would be fine. We’ve got our own people en route to check him out.”

“Good. Okay, yes, our investigators have established that newly legitimized connections exist between establishment energy, aerospace, Homeland and an array of supremacist groups with violent histories. The connections have been there ever since the ‘great replacement’ fears contributed to the growth of the white supremacy movement in the U.S., the UK and the EU. But now these extreme groups are much more free to act. They’re being used to isolate and terrorize communities of color, and to scapegoat nonwhites and Jews as the cause of middle-class whites’ income decline.

“We can’t use what we know in court or anywhere else, because of the changes in the Patriot Act.”

The report from the bridge people included a photo of a “1488” tattoo. Giles provided the translation. “1488 is a reference to the 14 words penned by David Lane: ‘We must secure the existence of our people and a future for white children.’ And H is the eighth letter of the alphabet. So 88 is shorthand for HH, or ‘Heil Hitler.’”

“Shit.” This from Ryan. “Jamal’s black. His mother Brie is black. As our CEO she has a bit of power. This attack is a message.”

Ryan finished her thought. “If they knew what we’re actually doing, it wouldn’t be messages they’d be sending. It’d be bullets.”

Giles concluded with, “Get Jamal out of the country. And let’s keep Brie in that Detroit bunker. At least for now.”

Elizabeth went on with her history lesson to Brie: “Yes, we’ve had a long, horrible history of violence between groups. So it’s easy to slip into thinking that we’re predisposed to war. But extensive studies of violence in modern hunter-gatherer societies – groups that live as our nomadic ancestors did – suggest that warlike behavior is a relatively recent phenomenon.

“The period from roughly 10,000 to 13,000 years ago is notable for the lack of evidence pointing to conflict. Gobeki Tepe is a well-studied example.

“Gobeki Tepe is a monumental site in what is now southeastern Turkey. It was in active use by large groups of people for just under 3,000 years. The site includes no images of warfare, or signs of the victory celebrations so common in evacuations of later civilizations.

“Again, I find great hope in that peaceful period at the dawn of agriculture.” 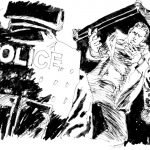