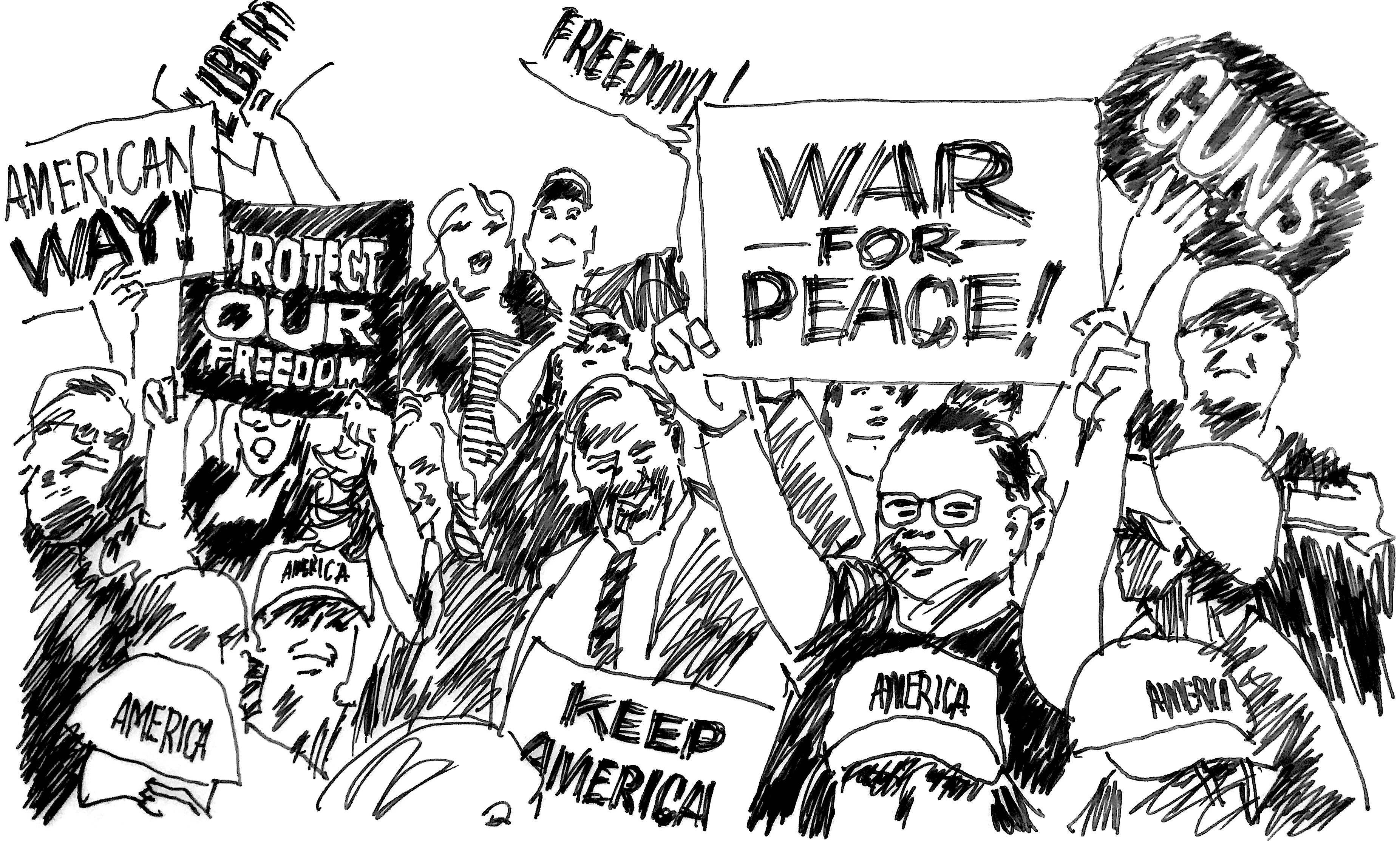 Brie completed the introduction. Elizabeth stood and walked briskly to the front of the room. She paused. The entire Overture team and a group from Circle City filled the room. They waited quietly for her to begin.

“To understand what has happened, it’s important to recognize that slow-moving changes have more social weight than fast ones.

“It’s all about the power of slow. A slow cultural change. A slow but relentless change.

“A change happened, but it happened so slowly we didn’t notice it. Yet it’s the most sweeping cultural change in human history.

“A cultural change that started in the mid-twentieth century.

“A change only noticed by a few thinkers, academics and philosophers in the early years. A changed masked with slogans that made the change feel right. Slogans like ‘protecting freedom’ and ‘the American way of life’ or ‘make America great again.’ So few people raised an alarm. So few that almost no one noticed.

“One could say that history pivots on moments like the invention of the atom bomb or the assassination of the Kennedys and Martin Luther King; or perhaps the creation of the internet; or the events of 9/11. Those events certainly riveted world attention. As a researcher and student of modern history, my view has evolved from seeing these events as pivotal to noting how they seemed more to add momentum to an existing trend.”

“A trend that has lead us away from a democracy to an oligarchy.”

Elizabeth paused. She had lived through much of the period she was describing, and was acutely aware that most of those at Overture were younger. She hoped to be able to connect as her eyes swept across the room, her older eyes looking for connection with younger ones. Looking for understanding.

“During World War II, the leadership of major U.S. corporations became increasingly aware of the power of the media to change public opinion, and the power of money to change government. And as they produced the massive amounts of weapons and materials required for the war, they became very aware of their own power to acquire unprecedented amounts of capital. And with that capital came the potential for political power.

“This ultra-wealthy group knew the political coalition of the Communist Party, the Socialist Party and labor unions had made it possible for Roosevelt to enact the New Deal. And along with the New Deal, taxes on corporations and wealthy individuals to pay for the programs the government put in place. With the war ended and the support of the New Deal programs the middle class grew dramaticly and stood to become increasingly politically powerful.

“Looking into the future, the wealthy leaders of very large corporations also realized they had to have free access to global markets, and cheap labor, to continue to grow and remain competitive on the world stage.

“So they began to change the rules. First these leaders used their public relations professionals to attack the socialists and communists as un-American and a threat to the ‘American way of life.’ Next they undermined the labor unions by labeling them as corrupt.

“Then, using their lobbying power and donations to political campaigns, they were able to change global banking and commerce laws to make it easier to accumulate capital and shift that money globally as needed.

“Finally – with multiple governments firmly under their control – they eliminated government-backed citizen armies, replacing them first with mercenaries and now with algorithmically enhanced professionals whose job it is to keep the power in corporate leadership’s hands. Today, government’s role is to smooth the way for corporate capitalism.”

Elizabeth paused again. She nodded her head in agreement with the murmuring of the room. She knew it was time to move on to what needed to be done.

The algorithmic wars had been underway in Africa, Asia, and South and Central America for years now. Fought by mercenaries against indigenous populations to free up land for corporate farms and access to mineral wealth as well as wars to keep, organized left-leaning political groups and outraged citizens – fed up with having nothing in a world of plenty – in their place. Publicly, no one was taking responsibility for the carnage. Privately, the word was that China, joined in an uneasy alliance with Russia, was locked in with U.S. corporate coalitions on these small, highly focused combat operations. Competition for workers was part of it. Competing for global control was another.

It seemed obvious, to those who knew what to look for, that the tech involved had Russian, Chinese and U.S. roots. The actual fighters were from everywhere. Recruited, it was said, based on social media analytics that searched for borderline personalities. Algorithms originally developed to help in treating depression and extreme anxiety were instead being used to find candidates for mercenary training – sociopaths and psychopaths being put to work.

The big room was filled with Overture and Circle City people. Elizabeth, who as a historian was giving the briefing, had been recruited by a small group of former Google and Microsoft computer engineers to help them found a co-op, which they’d named Purple Morn.

These Purple Morn digital natives planned to use their connection to General Motors engineering as a source of startup support. The Purple Morn founders had plenty of capital; what they needed was infrastructure. GM was now one of the largest worker-directed co-ops, with operations all over the world. The Purple Morn co-op’s founders had engaged Overture’s communication skills to help in building their global political power, just as GM had.

Purple Morn’s engineers were the brains and the builders behind the success of their respective digital giants. They were responsible for everything from quantum computing to applied AI.

Most of them were millionaires; many were billionaires. Most of them had been recruited from outside the First World. They were the lucky ones, recruited because their attributes and skills fit corporate needs. They were lucky because most had come close to living Bella’s story themselves, one way or another. And they were beginning to say, Enough!

To Overture, Circle City and now Purple Morn, Bella’s death had come to symbolize the discarded masses. Tech workers successfully recruited from the Third World barely escaped Bella’s fate. They knew the dangers of being discarded by the princes and kings of the First World. And they were learning their own inherent power. They were, after all, the only ones who knew how all this AI shit fit together. They created it. They knew how it worked. Yes, the corporations owned it. But without the digital engineers, ownership meant little.

The Purple Morn founders dreamed of a morning when the red and the blue came together to form a real democracy. The engineers they visualized recruiting came from every political persuasion, religion and ethnicity on the planet. The one thing they seemed to have in common was a need for peace in the world, and opportunity for all. There must be no more Bellas. There is no reason for babies to die like Bella did in a world with the potential of enough for all.

Not everyone could be a digital engineer, but everyone could contribute. The founders wanted a world that was governed by the people, for the people. That lived up to the promises of the original French and American revolutions. A democracy that extended to the workplace, where those who did the work got the profits the work provided. A workplace where the workers decided what was best, voting on who would lead and how the work they did would benefit themselves and the world.

“A few days ago, Bella died. You experienced a tragedy that’s happening all over the world. We all know that Bella is one of thousands of babies who are dying every day.

“And you know how all this came to be. How we slowly lost control. And you also know we have a plan for moving forward.

“We do have the power to change history. 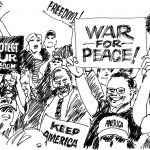