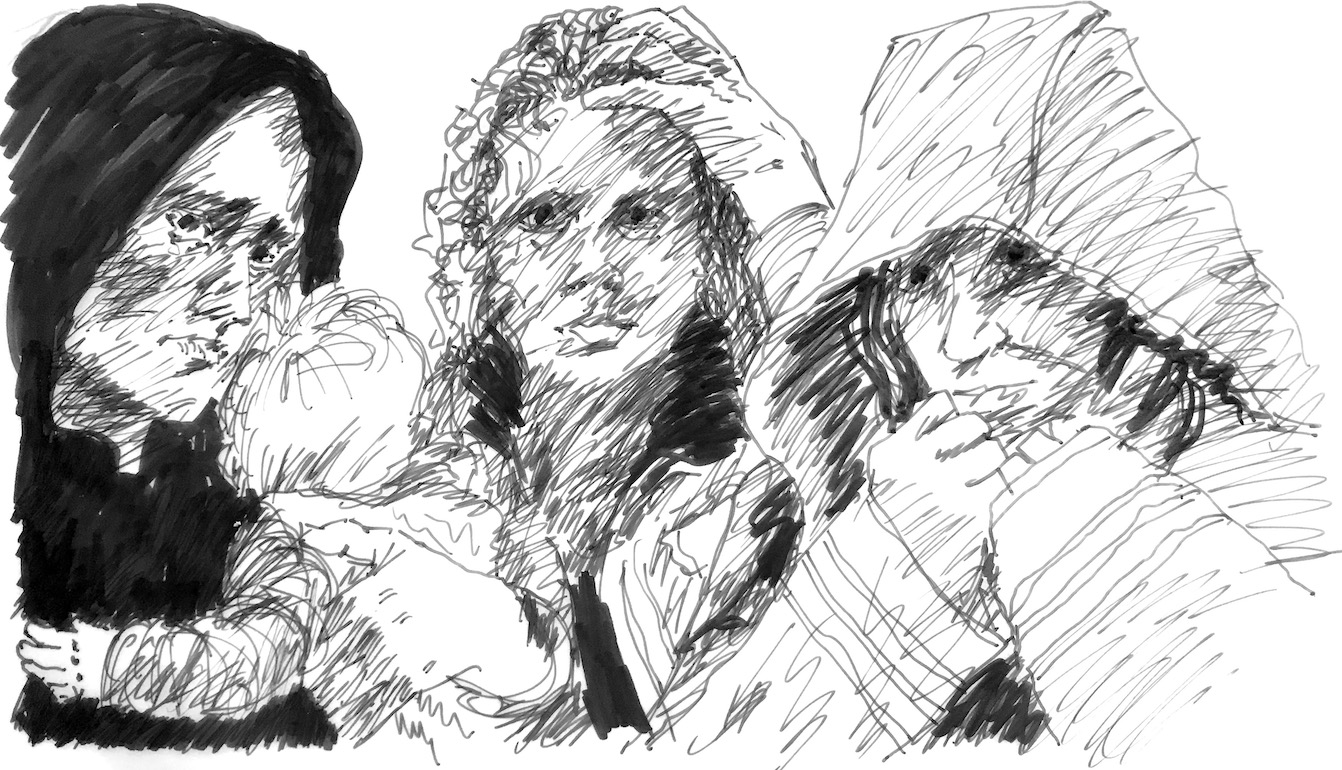 Three women, with packs on their backs, were standing in reception, soaked through. One was holding a baby.

Bob, focused on some project or another, didn’t hear them until one of the women asked, her voice trembling. “Can you help us?” But it was the baby’s cry that really got his attention. He hit the all-office comm button. “Ariel, I need some help up here with a baby. Now, please.”

Bob said later that Ariel was the first mother he could think of. She’d know what to do.

“Hypothermia,” Bob thought as he stood and rounded the desk. “I must get them dry.” They looked very cold; one was visibly shivering. “Here, let’s get you into the conference room. I can turn the heat up in there. And get you out of those wet coats.” He noticed that the baby was wrapped in a garbage bag.

Overture’s Beacon Hill offices had a street-level entry, so having walk-ins was not unusual. But this was the first baby.

Things had been getting noticeably worse with the homeless population the last few years. They came to Seattle because of the city’s prosperity. But without the skills to be immediately useful in the high-paying tech industry, and with little or no backup resources, they ended up on the streets. At best, they landed minimum-wage jobs that didn’t pay enough for a place to live, other than a wire cage to sleep in. A cage that rented for four or five hundred a month.

Ariel popped her head into the conference room, took a quick look, and ran back through the office. “Help! I need extra clothes. Do we have any blankets? We’ve got some severely wet and cold people… and a baby – in Conference Room One.” At that, the whole office sprang into action. Clothes were pulled out of drawers and lockers. Hot tea was poured. And Conference Room One became a swirl of activity. Dry clothes replaced wet, and the baby was wrapped in somebody’s heavy sweatshirt.

Just then, two dripping-wet cops entered the reception area and approached the desk. Fortunately, Brie and Dan were standing there when they entered.

Margo saw the cops enter from down the hall; she shut the conference room door and hushed the room. Ryan turned the intercom music up.

“We’re looking for three women and a baby. They were just reported stealing from the Walgreens down the street. Have you seen them?” The officer looked intently at Dan; the circles under his eyes from too many hours on the beat were pronounced. His partner peered down the hall, wiping her face with some tissues from reception. Brie could hear the music playing from Conference Room One. She was happy for the covering sound. Usually that sound system pissed her off.

“Hi, Officer Harvey,” she said, reading his name tag. “Usually Officer Sandy works this hood; you know him? He got a new partner the other day. A woman… can’t remember her name…”

“It’s Morgan, Janice Morgan. Did three women and a baby come in here?”

“A baby?” As though the word “baby” had just registered with her. She turned and asked Dan, “You seen ’em?”

A moment of distraction crossed the cops’ faces. Both touched the sound buds in their left ears. They nodded to each other, turned and headed out the door.

Brie and Dan looked at each other and exhaled in unison. Dan, always quick with the obvious, asked, “Will they be back?”

The world had become increasingly divided. Social services were mostly gone. If you couldn’t get a job in a high-tech, high-pay position you were shunned, shamed and excluded from society. Not having one of those desirable corporate jobs meant you didn’t fit with the heavily promoted “self-help, work hard and save your money” values society required. So you ended up working for the minimum wage, or less. Unemployment remained at record lows, but these jobs didn’t pay enough to cover rent, except in the cages.

Fast-food work, street cleaning and delivery jobs all paid the minimum or less. Even with the long hours, none of those jobs had healthcare. The only people on Social Security were the old; the program had been shut down during Trump’s second term. The Supreme Court had declared all those New Deal and Great Society programs unconstitutional.

The U.S., UK and EU evolved into a two-class system ruled by the super-rich and the corporations. The reporting on life expectancy rates no longer included the lower class. Only the upper class, and even their life expectancy hadn’t increased in years. Stress was cited as the cause by those in the know.

The upper class worked for the corporations or government. They were well paid, but managed with stick and carrot. The carrot was the tantalizing possibility that you too could join the super-rich if you just played your corporate cards right, or if you created something they wanted. Publicity abounded around workers who ascended to the status of super-rich.

The stick? Everybody knew that if you played your cards wrong you were out. Or “released to pursue a new growth experience.” Media interviews with former corporate workers living hand-to-mouth ensured enough fear to keep everybody working. The official work week had been reduced to 32 hours. No one, however, clocked fewer than 60.

One of the problems of this neo-economy in the so-called First World was the steady lessening of the ability to buy the goods and services the corporations produced. There were simply not enough people who were paid enough to buy the stuff. But an ingenious answer to this was the corporate takeover of the formerly Third World. By rapidly raising the standard of living for a portion of the population by employing them in corporate jobs and government, consumption increased, and some enjoyed the status – at least some of it – and the perks of the First World. Those who were left poor, naturally, stayed poor.

Nationalist First World governments had a special role in all this. Their job was managing and deploying military power to maintain the status quo, ensuring that the corporations stayed in control and that any civil unrest was quickly curtailed, enabling the rich to get richer and the corporations to continue their advance.

Everybody knows that’s how it goes

With the cops gone and that threat lessened for a moment, Brie and Dan entered the swirl of Conference Room One. Ariel had been the right choice to manage the mayhem.

Dan pulled Ariel aside with, “Do you think we can get these women into the Circle City program?”

“Anna has already called them. The word is, if we can keep them overnight the city folks will take them in the morning. I want a doctor to take a look at them before then, though. At least one of them is running a fever. That baby isn’t well, either.”

Brie talked with the women and quickly learned that the oldest had lost her corporate job. Along with the job, she had lost her apartment. She’d been caring for her sister and her daughter, and the daughter’s baby. They’d been on the streets for a couple months, in and out of shelters as space allowed.

Brie felt the tears coming and with the tears came the thought. “There was no hope in stories like this.”

The women were Hispanic, and had been recruited into the U.S. a few years ago as part of a wave of immigrants allowed through the wall who had skills needed in the corporate sector. Recruited, Brie supposed, to fill high-tech positions for slightly less pay. Immigration programs like that seemed to come and go to fill the needs of this neo-economy.

Just then a pediatrician arrived; Bob ushered her back to the conference room and shooed everybody else out, realizing how thankful he was that Overture still had some connections. But time was running out. 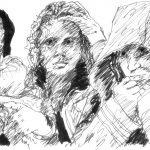