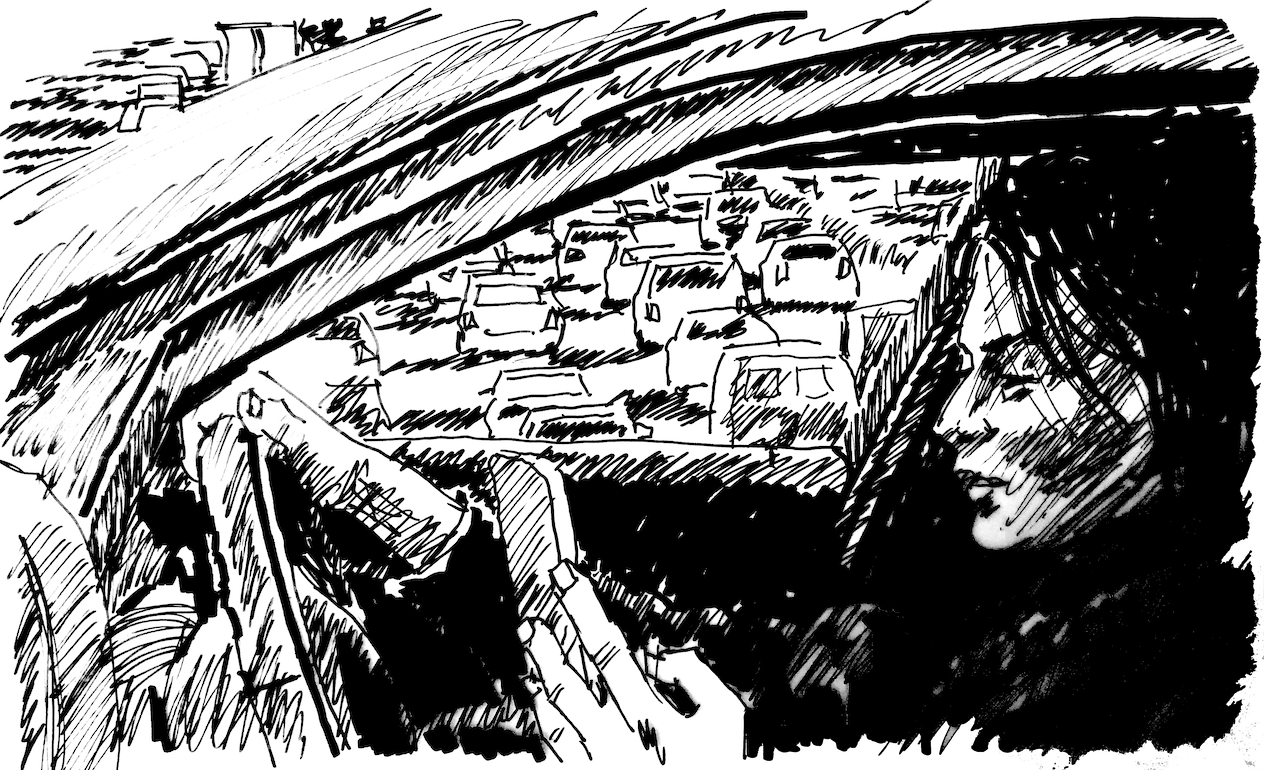 “Where do the leads come from?”

I’d been worried about Anna since she’d left the co-op to take the sales job. We’d been in the planning stages at the time, and had no revenue. In fact, we hadn’t even put in any startup money yet. Anna was an industrial designer who’d worked mostly with exhibits. She couldn’t find work, and was quickly running out of money, so she took this job.

“The leads come from a call center.”

Trying to imagine Anna in sales. She had a warm smile and looked directly at you. Seemed to be a caring person, but…

“How long has it been since you started?”

I’m really feeling concern now. Here I am, sitting in my car with Anna on the line, about to head out for a nice weekend getaway. And Anna? She’s trying to make it on commissions only, in the East Bay. I’m imagining being down to my last dollar, credit cards maxed, trying to make a commission sale. I shudder.

“How long did it take you to make your first sale?”

“Yes. But then there was a long dry spell.”

“Must have been painful. What are you selling? How does it work?”

Now I’m feeling a bit better for Anna. Maybe she can pull this off.

“People go into a home improvement store and ask for help redoing their kitchen, or they need a roof. The store gives them a number to call. That’s the call center. The center sets up an appointment. I have to be there in two hours.”

I’m thinking, this is the gig economy. It’s raw. It’s rough. I can picture myself in Anna’s position: No safety net. No one to bail me out if I can’t make a sale.

“Anna, was there any training?”

I don’t really understand why she wasn’t able to get a design job. Or why she left New York to come to Seattle. She does have a thick accent. I’d looked at her work and thought it was good. But what do I know about exhibit design? Not much.

“I spent the first couple weeks riding with another salesman. Guess that was training. He was terrible. At least I thought he was terrible. These people are Trump voters. He was, too. And they all tell stories – mostly lies. Lies about why people let the roof get so bad that it leaks. Or they volunteer how the socialists at UC Berkley are ruining the country. Or the Mexicans or the Muslims or anybody different, including me.”

Now I’m seeing how much a fish out of water Anna is. “So you don’t talk politics if you want a sale, right?”

“I’ve been using the public libraries between sales calls. Reading everything I can on how to do sales. I’m up late reading most nights.”

“Yes, and Everybody Lies by Seth something, Daniel Pink, and SNAP Selling by Jill Konrath… and all this is downloadable from the local libraries. So driving from San Jose to Concord, I’m listening, learning, getting ready for my next client…

“Oh, and I’m actually paid for the work I put in managing the project. Many of these small contractors are Hispanic and need help. My Spanish isn’t great, but it’s improving.”

“Yes, hourly for project management. Not a lot, but it helps.”

I’m thinking, thinking… amazed that Anna actually seems to be surviving at this point. I remember how I worried about her when she first told me she had to take this commission-only job. And felt a little guilt, which I quickly forgot. Out of sight, out of mind. That’s me.

“Tom, I’m making a go of it. Don’t worry about me. I’m covering my costs. Putting a little away. Amazing myself, actually. I wish I was working with you guys, but I’m actually enjoying myself.”

That conversation happened 10, maybe 11 years ago. Trump was in his first term. Tommy remembered the call well. Six months later Anna rejoined Overture to lead the sales effort. Tommy figured any designer who could self-teach her way into survival in sales from scratch was the kind of winner Overture needed. She did it in Trump territory, herself a refugee. Several times in the course of that first call, Anna had mentioned how much she was learning about people and how she wished she’d been taught these skills when she was at Pratt. And how she’d like to help other designers learn these skills.

At the point Anna was hired, Overture had been getting lots of inbound calls. Lots of opportunities were coming our way, but our ability to respond hadn’t been great. We’d been fumbling the leads, big-time. Painful. It had been a time of transition. A sink-or-swim time.

And here we were at another time of transition. Losing staff to Deloitte as a result of the Unilever loss. Brie’s leadership in question. The challenge from Marcus had re-centered us back to our roots, and the group visioning, theater-in-the-round method that had won us the General Motors contract – a contract we still held.

Another time of transition. A time where sales were once again in critical need. A time when the theme of Creativity Challenges Dystopia was more meaningful than ever: Trump running for an unprecedented fourth term; the country at war with itself.

Anna had been quiet during the all-firm meeting. She’d been pleased at the challenge Marcus had made, and by Brie’s response. A challenge Brie had accepted by continuing in her CEO role. Now it was Anna’s turn.

“I’m here because I hit bottom in my career when we were forming Overture. All the founders were struggling in one way or another. I think those original struggles were the source of our success. Do or die. Sink or swim. Clichés, yes, but we all know what they mean.

“So… most of you know this: I started my career as a designer and switched to sales. I was desperate, so when I couldn’t get enough design work I sold kitchen remodels and roof jobs. I worked in the heart of Trump country, with clients who were living on the edge and with contractors just up from Mexico, desperate to stay. The contradictions were huge, the sales were hard to make. But I survived. In fact, I thrived. I learned more in that desperate year than I probably had in the previous 10.

“Here we are, up against it again. It’s time to make some sales. Big ones, little ones – anything that supports good for people and planet, and helps the world regain some sanity. Anything that helps people choose goodness and light over darkness.

With that, Anna smiled, waved and left the room to set up some appointments. 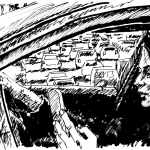