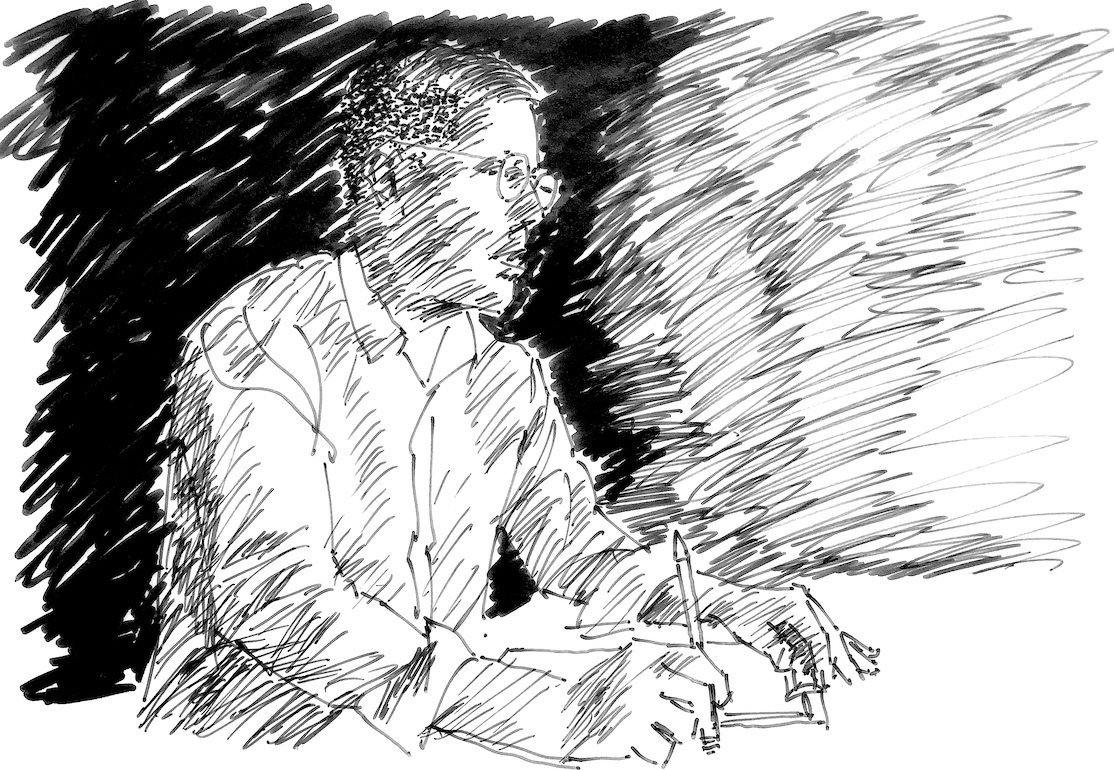 It hits me like a like a boxer’s blow. I’m shaken now, and he hits me again:

Ignoring me, and now with a louder voice: “Don’t you have any respect? Respect for the company? Respect for me?”

I’m in full panic now; tears are a hair’s-breadth away.

“What have you got to say for yourself?”

I feel like I’ve become my 10-year-old self, just having told my dad that I flunked the fourth grade.

Then he escalates, with almost a scream: “Anything?!”

Silence. He stares at me, tapping his pencil.

The tears don’t come; a touch of relief. But I can feel the redness in my face, and hear my heart pound. Sure now that I must have gotten the time wrong. Sure that this job opportunity was gone.

The seconds of silence that pass seem like hours.

“Just kidding!” The recruiter smiled. “I just did that to see how you’d react.”

My lungs fill with air. I must have been holding my breath. Anxiety lessens. A touch of anger creeps in to replace it. I think, “Keep your cool; this guy is clearly an asshole. But you’ve got to get past him to meet with the actual hiring manager.”

Deep down, bullies doubt their own power and compensate by being aggressive. When you show fear, they’ll continue and often escalate. I’ve found that if you compliment them, and they believe your compliment is genuine, they’re more likely to back off.

Regaining my composure from the recruiter’s ploy, I let out a deep, exaggerated exhale. “Yeesh, that was really effective. You definitely got to me.”

“Good. That’s what I intended,” he replied.

“I can see why you’re in charge of interviewing candidates for this position. You’re really good at it. Have you been in recruiting long?”

“No, just a year. But I can tell you that I’ve placed more of my candidates than anyone else in this office,” he boasted.

I let him bask in his authority and privilege while quietly gaining a little more power of my own.

Recruiters and candidate screeners pull this kind of thing occasionally for all sorts of ill-advised reasons.

Here’s what to do.

Use your professional cred

Bullies are less likely to continue with their bad behavior if they believe you’re well-connected within a professional community. Why? They secretly fear being exposed as frauds. So over the course of your conversation, make sure to mention any professional groups you’re in, both on- and offline. Include industry associations and user groups you’re active in, as well as any awards you’ve won.

The best way to continue the conversation with a bully is to use clear, simple, unemotional language. You need to seem in control of yourself, but not fearful or intimidated. Neutral language is non-judgmental and non-controlling. For example, “Could you elaborate?” is neutral. But “What do you mean by that?” has a judgmental edge. “Help me understand” is a favorite of mine – a phrase I picked up from NPR.

Call them on it, immediately

If you feel the interviewer has laid some kind of trap for you or is trying to throw you off-balance, call them on it: Ask, in effect, “Did you mean to scare me?” By drawing attention to what the bully has done, you remove some of their power. This is especially true in professional situations where they don’t want to be seen as being inappropriate (even if what they’re doing absolutely is).

The dynamics here resemble a schoolyard tussle, where your in-the-moment response to bullying determines the outcome. So don’t wait to let the bully know that you know what’s going on. By saying, “That was really effective. It really got to me” in my example, I let the recruiter know immediately – in a very neutral manner – that I was on to his behavior.

Recruiters are frequently paid on commission or some type of performance-based compensation plan. They may be on contract, or even freelance. As a result they may feel the need to move fast and take risks.

You may be more likely to encounter unsavory behavior from third-party recruiters than from hiring managers or in-house HR officers. So try to remember this going into your interview. The upside is that if you pass their tests (however off-putting or unfair), many recruiters are great at selling candidates to their corporate clients, because that’s where the money is.

Bullies are all about control

So, in the short term, give them control.

In my story I could have enhanced the recruiter’s sense of control by complimenting his tactics with something like this:

“I know the position requires that I deal with lots of suppliers who support the company with their services. And I expect the company feels they need someone who will be tough as well as fair. Would that be a proper assessment?”

And before waiting for the recruiter’s answer, I could follow up with: “Would you like me to describe a couple instances where I needed to get tough with a supplier?”

By asking questions in a way that reinforces the recruiter’s belief that bullying is appropriate – that it’s an effective way of handling others – I’m ensuring that the bully’s feelings of satisfaction and control remain high, without allowing him to continue his bullying.

Of course, there’s a caveat here worth underscoring: Forget this entire approach if the bullying interviewer works for the company you’re interviewing for – you don’t want to work there. It’s a huge red flag that the work culture is toxic and aggressive.

But when the interviewer in question isn’t part of the organization, and simply represents a hoop you have to jump through in order to score a meeting with somebody on the inside, allow yourself this slight disingenuousness.

The goal isn’t to reward bad behavior. In situations like this you need to stay alive. So you stay alive by manipulating the bully. You need to avoid letting the bully tank your chances prematurely. Get the bully on your side, and you’ll win over a champion who will talk you up. Remember, he needs you to win that financial reward he needs. And you need him to recommend you to the team you’d actually wind up working with – which hopefully shares much better values.

Later, quietly mention the recruiter’s behavior to someone in charge of recruiting at the company.

(An earlier version of this story titled “How To Nail A Job Interview With A Bully” was published in Fast Company, April 2, 2018) 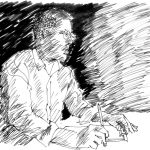