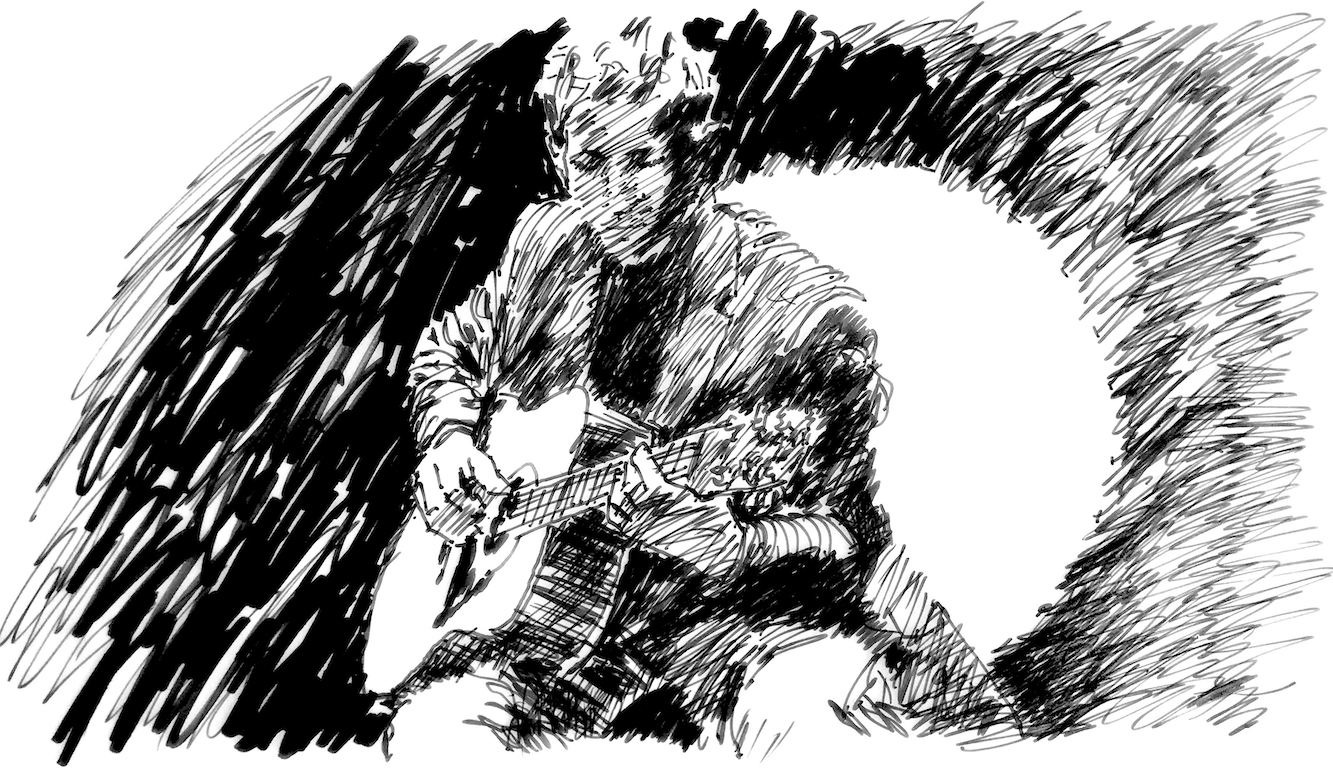 It was an acoustic guitar

Drinking Black Russians in a room full of cigarette smoke. I must have been 23 or 24.

A small dark room. The stage was only one step up from the floor. The room so small I could smell the performer’s sweat. The only light was a couple spots on him as he played in support of his poetry. The sound felt warm. It was his voice, and the voice of his guitar. Deep. Rich. Maybe a bit of the South mellowed through. “God,” I thought, “give me a voice like his and..” And what? I didn’t really know. Probably the drink was getting to me.

No way could I get that voice, but I could get the guitar – and I did, with my first paycheck out of college. I couldn’t play. That, I figured, would come later.

I still have it, 50-odd years later. It was used and cheap when I bought it; it’s more used now. I did learn to play, though never to the level I remembered from that night. I’ve remained an amateur, but I’ve never lost my appreciation for that sound.

Strange, now that I think about it. I listened to music as a teen. Appreciated and enjoyed music, but never had any interest in playing music.

Never took a music class. I did have a very bad experience with my grandmother and her piano. I must have been 4. She had an old upright that she’d shipped up from Monterey, and she wanted me to play. It was ugly. I hated and feared her, although I was mostly too afraid to rebel. But at some point, something in me snapped and I ran away and hid in a treehouse.

That ended my youthful music career as a player, but not as a listener. My interest came alive with the Black Russians, that rich sound of acoustic guitar, and a mellow voice weaving a poetic cadence through that smoky room.

I hadn’t really been interested in a career in economics. I’d just checked that box on the admissions form so I could get on with life. And here I was working for an insurance company as a junior claims agent. Dealing with people’s losses. Trying to get them to take as little of the company’s money as possible. A job that made my heart ache every day, especially when I knew the company would have paid far more than what people would accept. It made me sick, and desperately unhappy.

Maybe buying that guitar was me running back to the music I’d run away from when I was 4.

I do know this: Although I didn’t learn to play that guitar until much later, I did find myself on a musical career track. My first guitar was 1968 Gibson B15. Yes, a low-end student guitar, but I loved the way it looked, and even though I couldn’t play I knew its sound oh so well. A friend began to give me lessons once or twice a week. And I began to go to every event I could where acoustics were being played. I was still doing my day job and feeling like shit, but my nights were spent reading about guitars and listening to the best. To my ear Stephen Stills, Richard Thompson and, of course, Pete Townshend were the best.

Then it happened. One night at a small venue, where a not-so-great performer was the talent, a friend told me about a sales position opening in a music store. A store that specialized in selling used guitars, named Paul’s Guitars.

I called in sick the next morning so I could check it out.

I loved the place immediately. There’s this smell that someone told me was from the nitro that’s used in the refinishing process. Though it’s subtle, there’s also a rosewood smell from the fretboard. And of course the smell of stale cigarettes, not so good but I loved it anyway. I told the manager I was interested in the sales job, and asked if they were taking applications. She said that she had time and would be happy to interview me.

“Oh my God,” I thought, “I’m not ready for this.” And I begged off, thanking her and saying I had a dentist appointment.

Feeling like an idiot, I headed for the door, my face burning. Hoping she hadn’t noticed my flushed cheeks.

I spent the afternoon going to every music store in town. Talking to salespeople. Loving every minute of it. Learning a ton.

I went back to Paul’s Guitars late in the afternoon. I’d heard good things about Paul’s from several people I’d talked to, and feverishly hoped the job was still open and that my rudimentary skills wouldn’t keep me from it.

It was life-changing. Yes, I got the job, and yes, that job changed my life. Turned out sales was easy for me. And that was a good thing, because it was a commission-only job. The first year I made about half what the insurance company paid, and I simply adjusted. Gave up my apartment and moved in with a couple college friends, one of whom played well and coached me. After a bit of practice we began to play together in local clubs. I loved every minute of it.

The second year at Paul’s I was the top salesperson. Late in the year Paul asked me if I’d be willing to move to Seattle, where he was opening a new store – move and help him add sales staff. Paul added a salary and kicked in a few bucks to help me with the move. Eight years later we had six stores and he made me his partner, with a deal to buy him out over the next five years.

Thinking back, it was that feeling of connection to acoustics that made it possible. I’m still not a great player. But I’ve helped a lot of people who became great players pick out just the right instrument. And yes, it’s about making money, but that’s never been my first thought. It’s the feeling the music brings, and the pleasure we all get from that great sound that only an acoustic can make. That’s what’s driven me all these years. 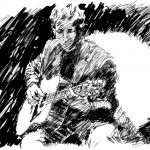