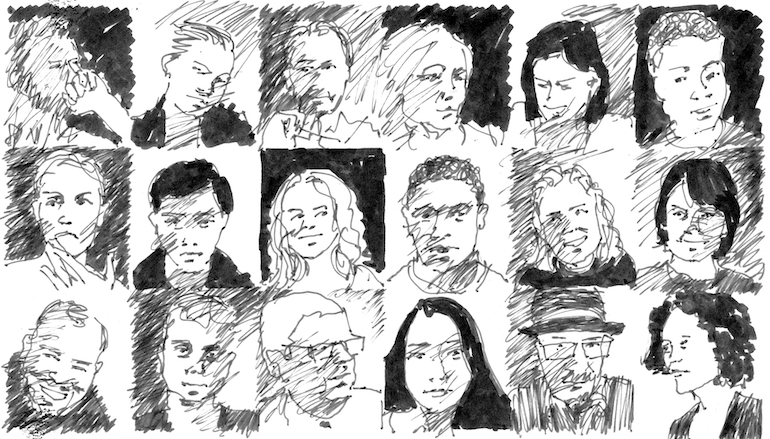 Three things that always pique my interest in something: It’s new. It’s cool. And it helps us connect as creatives.

Check out Jonny McConnell’s Seattle Creative Directory. Within the directory, Jonny hopes to list all the professional creative businesses operating in our area. Links to more than 200 firms are currently included. (If your firm isn’t listed, you can sign up on the homepage. It’s free and easy.)

By the way, it’s not just Seattle firms that are included; firms throughout the Puget Sound Basin are listed.

My first thought in discovering the directory was, Wow, I had no idea there were that many of us. I quickly lost myself clicking from one site to another, enjoying the way the firms – large and small – presented themselves.

Jonny is the founder, designer and “keeper” of the directory, although he quickly acknowledges that many others inspired and guided him in its development. “It’s a learning experience,” he likes to say.

The directory provides direct access to our area’s creative services industry, for people including:
·      clients and prospects
·      job seekers
·      suppliers of related products and services
·      the media
·      industry researchers
·      the general public

In-house groups and local offices of national and international firms are included, as well as local firms large and small.

Jonny pointed out to me that although there’s a thriving local creative community, it’s hard to discover who they are. This directory makes it easy to get a sense of the breadth and depth of that community.

Jonny was, and still is, inspired by the interconnected creative communities he encountered in New York and Milan.

Jonny studied graphic design under the gifted professor Kent Smith at Western Washington University in Bellingham. After graduation he landed an internship with Designboom Magazine in Milan, Italy. With 3.5 million monthly readers, Designboom is the world’s most popular digital architecture and design magazine.

In Milan Jonny found a design-intensive city with an interconnected creative community. As an editorial intern covering Milan, he was sent to photograph and write about current architecture, furniture design, sculpture and anything “design-hot” in and around the city. Through his work Jonny found a creative community that simultaneously collaborated with, competed against and complemented each other – a community connected by the work and revolving around the work.

Upon returning to Seattle to work as a designer for local design consultancies in tech and healthcare, he missed the connected feeling that characterized his Milan experience.

Jonny also discovered a effort similar to Milan’s in New York City, called Image of the Studio, which provides a listing of area firms as well as filmed interviews with firm principals. Prior to Covid he was planning to film interviews with Seattle firm principals as the NYC directory has, but he’s scaled that effort down to audio-only, and has recorded a few so far.

The Seattle directory project began when Jonny served on Seattle’s AIGA board, and progressed via a conversation with Michael Ellsworth of Civilization. AIGA generously provided its list, Michael provided a list of his own, and together Michael and Jonny Googled – there was a lot of search involved – and added others, bringing the total to 211 listings as of this writing.

Jonny grew up in Edmonds. His parents are both fine-art creators, so Jonny’s graphic design education was layered on top of a childhood surrounded by the making of art. And his interest in design lies in both the final product and the underlying materials and technology that went into creating it. To him, the art is as much a result of the underlying technology as it is about the concept and the design. With a focus on knowing more and becoming more adept with current digital technology, Jonny has continued to increase his skills and knowledge of the tools available.

Building the Seattle Design Directory has been as much a digital learning process for him as a community-awareness effort. Jonny was motivated by both the opportunity to learn a new set of digital skills and the opportunity to provide a way for our creative community to develop a broader awareness of itself.

Check it out – and become a more connected part of the creative community. 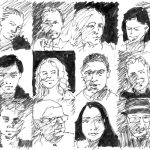