Voting, dogs and Googling our future 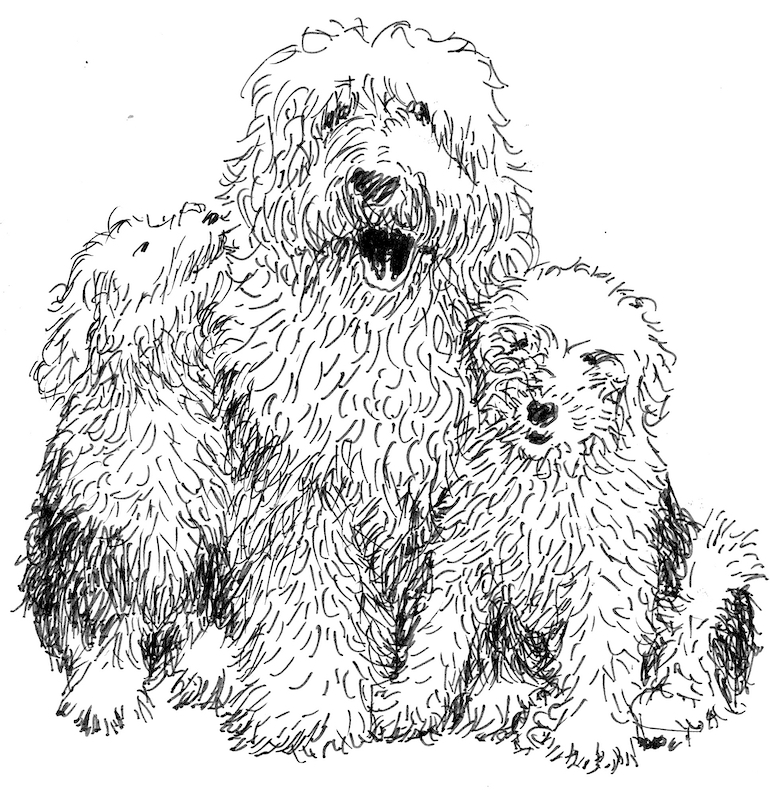 The most vivid dreams include my dogs. I dream of my last dog and all the sweet doggies that preceded him. These dreams are always brought on by stress. The doggies must be a part of my psyche that wants to comfort me.

In the dream I was searching for the place where the swamp had been. I wanted to visit where it once was. When I was little the swamp had seemed huge. A deep pond surrounded by seemingly endless waterways that spiraled into the scruffy woods and mountainous blackberry thickets. A forbidden place where I loved to play.

Even in the dream I knew the swamp was long gone. But in looking for the place it had been I found a sprawling construction site and true to form two of my dogs appeared.

As I was trying to round up the dogs so I could get them safely home – and worrying about how they’d get along with our cats – I started a conversation with one of the construction workers. I told him how I’d used a Google tool to visit the future.

Still deep in my dream, Google Future put me in my old neighborhood. A place now abandoned. Some of the homes had burned to the ground, only a chimney standing. Others stood with windows broken and doors smashed. Looting? Maybe. Yards were dry. Most of the plants were dead. The sky was low. A heavy, dark yellow-gray cloud blanketed the scene.

I told the worker that I’d Googled the future for my son. I wanted to know what would happen to him and his family given the turmoil we’re living in now. Perhaps I wanted to help him prepare.

In the dream, I asked the construction worker what had happened to the neighborhood.

As we talked, I managed to find and grab one of my dogs. He was young and happy to see me jumping up and licking my face. I kneeled and hugged him. Feeling that big warm body wiggling in my arms gave me a sense that everything was right in the world – although it was clear that nothing was right.

The worker took off his hard hat, smiled at me and my dog, and ran his hands through his dark sweaty hair. Wiping his wet palms on his shorts, he said, “They took away our voting rights.”

What? Our voting rights?

The air is bad. Global warming is on us big-time now. The climate fires are a direct result of the insane pursuit of GDP growth and the endless demands for shareholder value. But they haven’t taken away our voting rights yet. Have they?

I’d read the day before that Charles Schwab, one of my past annual report clients, was funding the legal effort to restrict voting rights. This discovery and our smoky air must have triggered my dream. Once again, I found myself complicit in shaping a future that is hurting my son and his family.

I’d searched the future. Google had put me in my old neighborhood on Beacon Hill where the people were gone and houses destroyed, and nothing would grow. Why? The worker told me why. He’d lost his ability to vote. He was brown.

It will get worse if we can’t vote

Demographic and economic changes driven by immigration, birth rates and the growing gap between rich and poor have already shrunk the pool of likely Republican voters. This change threatens those who hold the capital: the superrich, the large corporations, the oil industry, and the weapons industry. (Weapons are our currently our biggest export, I’m ashamed to say).

So what do you do when you’re in charge, shaping all aspects of the status quo and you’re losing your power base? Your voters are getting old and dying and your policies don’t appeal to young whites, the poor or brown and Black people.

So what do you do? You have the money – you use it to stay in power.

You fund legal research into finding ways to restrict voting by changing the laws and changing the rules. That’s what a group of the super wealthy, including my old client Charles Schwab are funding. Why? Because they believe they know better how to shape our future than we do.

So they find ways to reduce the number of polling places and restrict the hours that people can vote.

They fund research to create, write and pass laws that require a perfect match between a voter’s past signature and a current signature.

They attack the post office with funding cuts, changes in policies and procedures to slow down or limit voting by mail.

By restricting voting, they’ve stolen two presidential elections and countless local and state elections through legal action and the courts. The results:

·      A continuation of the greatest growth in global GDP in history.
·      Increasing shareholder value for those holding stocks in public companies.
·      A dramatic increase in wealth held by the few.
·      No growth in worker income since the 1980s.
·      Continued increase of carbon in the air.
·      Massive growth of climate-driven fires.
·      Melting poles and glaciers, resulting in sea-level rise.
·      Increasingly violent hurricanes.
·      A pandemic – from either a slip in a military lab, or from nature due to our clearing more and more natural habitat.
·      The profit-driven loss of millions of acres of primal forest in Brazil and Southeast Asia, reducing our planet’s ability to absorb carbon.
·      Industrialization growing faster than our ability to produce clean energy, forcing our reliance on coal and oil.

Waking from the dream in my own cold sweat, knowing I’m responsible for what is happening, and what will happen next in my neighborhood. It’s a warning.

Economic growth driven by the need for profits over all other human needs is ruining the future for my son, his family and all living things.

I miss the love from my doggies, long gone. But what I’m really missing is a future for all the living things our world must hold dear. 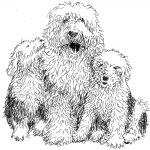