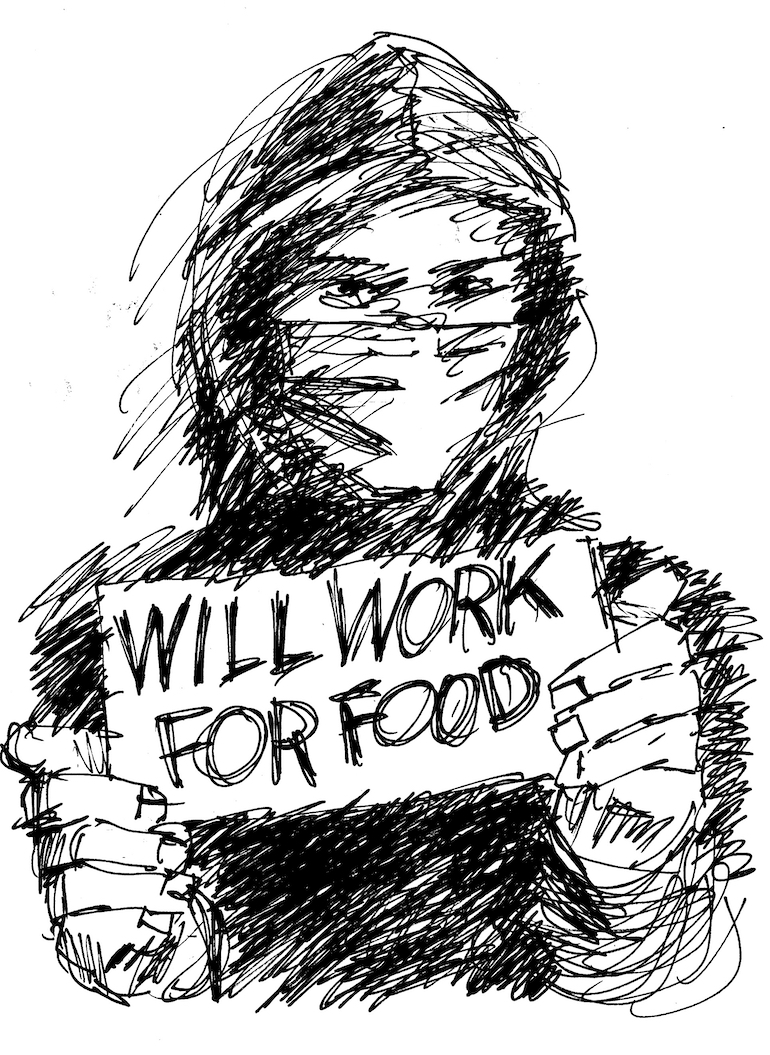 A tired look that goes with spending the day begging.

“Will work for food” is the way it is in Seattle these days.

My parents came of age in the ’30s. The Great Depression was their world. They came to Seattle in the late ’30s and rented a Ballard apartment. Dad was always a hard worker; he’d dropped out of school in his teens to work. When he and Mom arrived in Seattle, he got a job sanding cars for twenty-five cents an hour. It was enough to get by on until he got a better job, assembling stoves at Sears. The Sears job paid well enough to buy a tiny one-bedroom house on Beacon Hill.

They were lucky. There were over a thousand men living in Seattle’s Hooverville at the time.

After serving in the war Dad got his Sears job back, working there until retirement during what we now know was the biggest expansion of the middle class in history. Dad wrapped packages for most of his career at Sears. Yet our house was paid off, and we had a new car every few years. He died in his seventies, but my mother lived into her mid-nineties, supported financially all those years on the Sears retirement program.

Another irony: The Sears catalog was discontinued in 1993. Amazon was founded the following year. Amazon went on to become the place you could find anything you wanted, just as Sears had been for a hundred years.

But Amazon is not a place where a package-wrapper will be able to own a home, have a new car every few years and help a child through college in a single-income family. 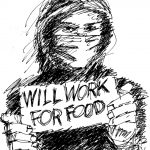