Home > Blog > Emotions > How to Expose the Truth Behind Corporate Jargon
Tuesday, August 16, 2016

How to Expose the Truth Behind Corporate Jargon 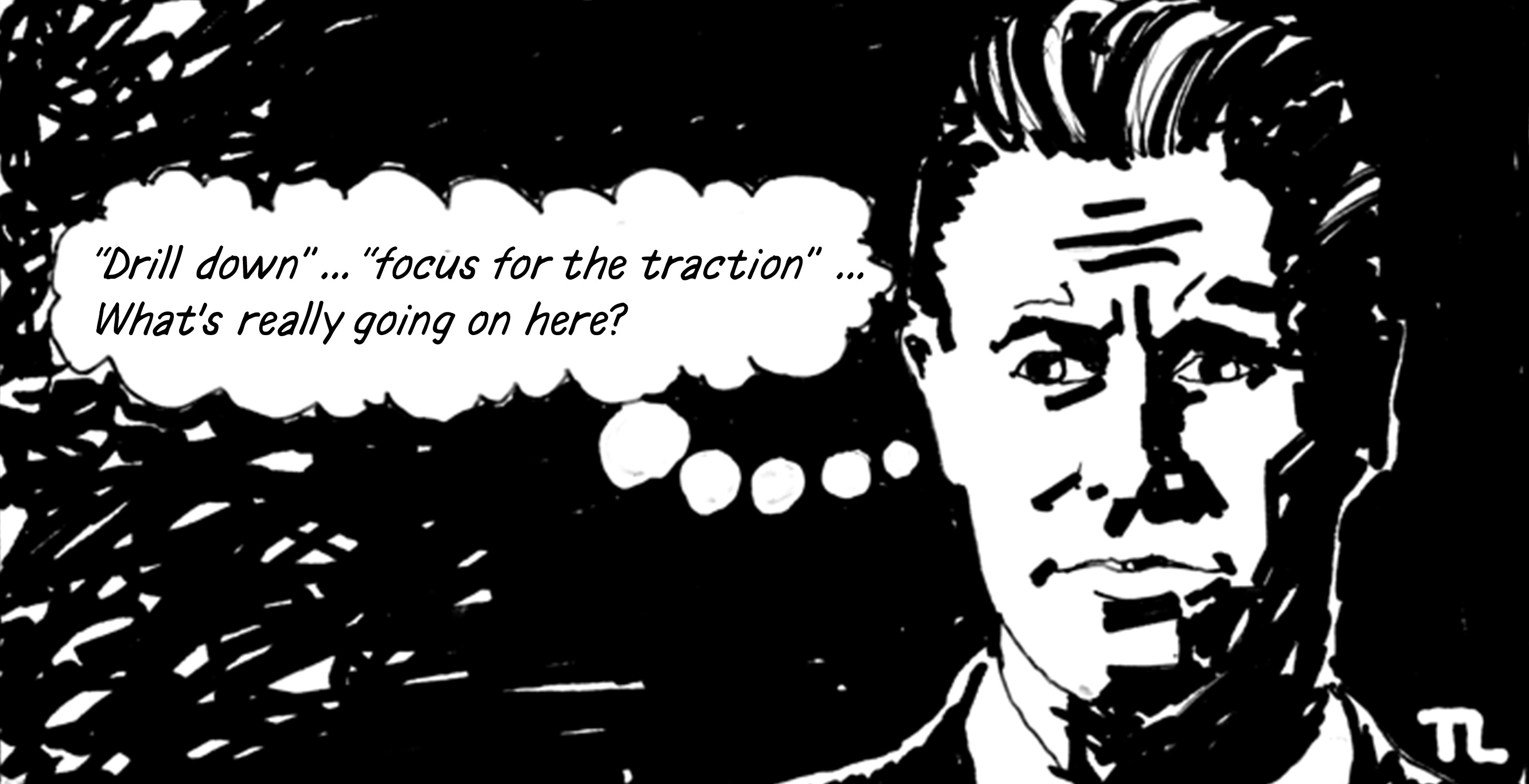 I’d been hired to help Ross with his new firm’s rebranding, but I sensed problems that ran deeper than just a stale brand. Ross was under a lot of pressure from himself as well as the firm. He was just three months in as chief marketing officer (CMO) and had moved his family cross-country to take the position. So the pressure was personal.

My job was to help him negotiate a consensus among the senior partners on the rebrand. I’ve learned that getting agreement on marketing from smart, opinionated, non-marketing professionals can be difficult. Ross had a senior title, but he still needed these folks’ buy in. The goal of my visit was to plan the meeting with them.

When we met in the lobby, Ross said, “Thanks for coming. I’ve reserved a conference room so we can really drill down and identify low-hanging fruit for maximum ROI going forward and then circle back to firm up our catch . . .”

That set off an alarm: his use of these vague, clichéd catchphrases suggested somebody who was unsure of his own thoughts.

We headed toward the conference room, passing empty workstations as we walked. That could’ve meant a lot of things, but combined with Ross’s manner, those empty seats deepened my sense of the uncertainty he was giving off. Ross wanting help with a rebrand was a logical place for a new CMO to start off — but what else was going on?

Once we sat down, Ross continued, “I’m planning to trigger a relaunch here by mapping out platforms for success that provide a focus for the traction we need to generate momentum and, ultimately, acceleration.”

Ugh. It’s never a sign of confidence to use empty phrases — not to mention horribly mixed metaphors — but when someone pours it on thickly as Ross was doing now, it could indicate some really serious anxiety. But in this case, about what? Were the empty desks a sign of layoffs?

We tend to fall back on corporate buzzwords when we feel a need to demonstrate we’re in control. Of course, we do that most often when we don’t feel in control, and jargon ends up communicating the opposite: ironically enough, its hallmark is the lack of resolution that vocabulary conveys, not its clarity.

I tried to think how to calm him down. He needed some empathy, attention, and respect — often abbreviated “EAR” by conflict-resolution experts as a communication technique for knitting teams more tightly together.

“I think you’re on the right track,” I told Ross. “When we talked earlier, you’d identified some stories to get the partners’ agreement on the firm’s distinct strengths. Let’s start by revisiting those examples.”

Ross’s shoulders relaxed. He went to the white board and listed notable client relationships. Two were from the firm’s earliest days and had produced some lasting successes.

I suggested we start with those stories, and before long Ross got into it. More confident than he’d been at first, we were able to lay out the outline for our approach. Then I thought it was time to ask about the state of his firm.

“Ross, you’ve been here three months and you’re about to embark on a long-term project. I noticed the empty seats and couldn’t help but wonder about new business. What’s happening?”

Ross’s demeanor tightened a bit as he responded. “We’re going through a bit of a slump. Our managing partner just retired and his sales skills are gone. In fact, we’ve just laid off some people.”

“So, you’ve got to think short-term, too,” I said. “What are your plans for bringing in new accounts?”

“That’s what they’re pressing me for, but it’s critical that we get our brand message down before we even think about that.”

Clearly it was both the short- and long-term challenges that were bearing down on Ross, which meant that his anxiety wouldn’t be allayed automatically if he nailed this one upcoming meeting. So we mapped out how we’d present a quick-turn marketing plan and get the longer brand program underway simultaneously.

It was only by breaking the issue into its fundamental, practical elements that we were able to reach a solution that sounded good to both of us. Jargon, on the other hand, usually prevents you from seeing problems clearly, let alone deconstructing them. We shook hands at the end of the day feeling well prepared for the meeting. I felt pleased that Ross hadn’t used any buzzwords once we began working on specifics. His fear was fading, and his language reflected it.

Getting Beneath the Surface

Whether you’re an outside consultant or just a team member trying to crack a big problem, always start by looking beyond the immediate assignment: How are the challenges you’re facing making everyone feel? We weren’t going to get anywhere with if Ross felt he had no control.

Creative people have difficulty doing their best under those circumstances, as I’ve seen in my own work and as studies have likewise shown.

In order to regain that focus and sense of control, you need to tune into the larger environment. In this case:

Then you can begin identifying the components of the big-picture challenge you’re facing. Think about how to make things better in the short- and the long-term:

Language is powerful. But if there’s one upside to corporate jargon (which can hold us back from relieving any of these pressures) it’s that it acts as an alarm — often the very first one you’ll hear, if you listen for it — that there are deeper troubles that people don’t quite want to face. 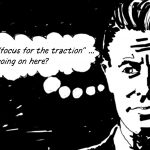 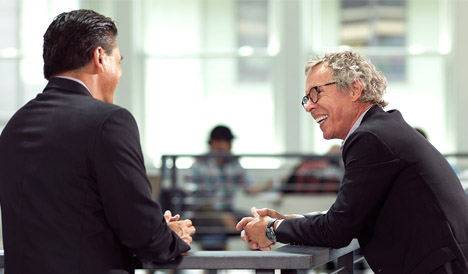 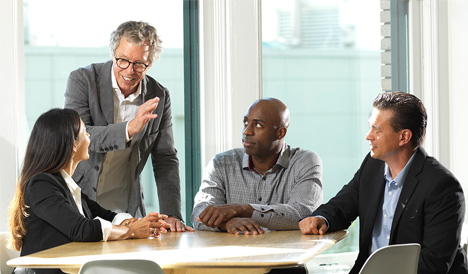