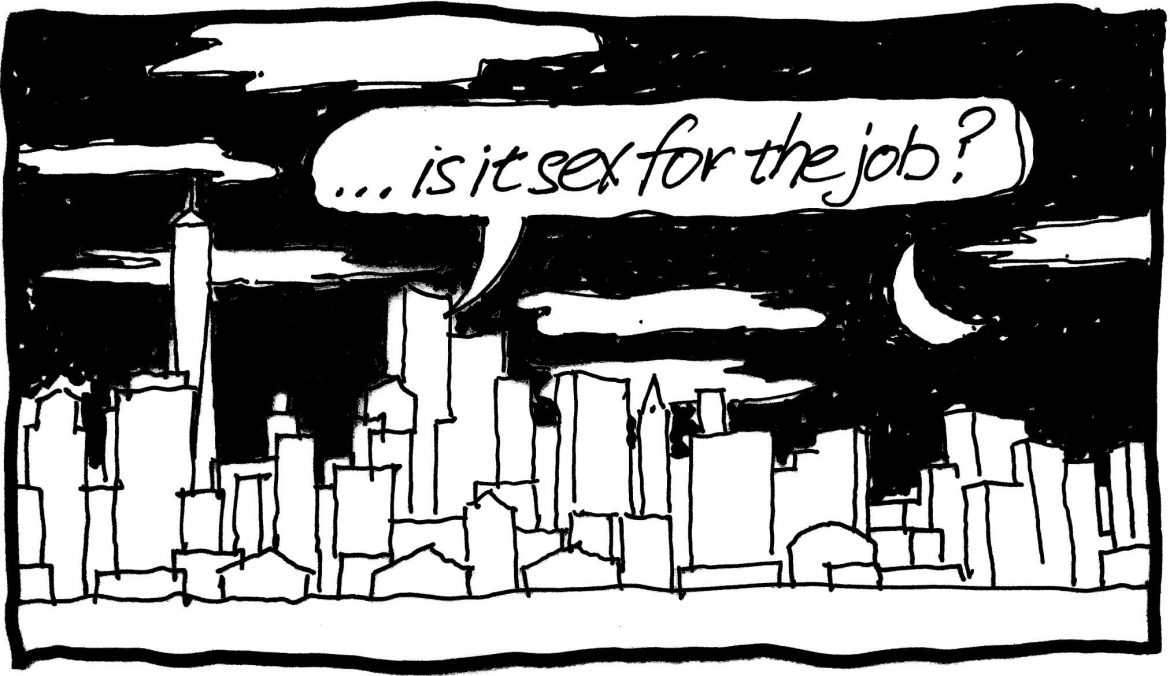 This story describes how sexual harassment plays out differently in the workplace depending on which gender is on the receiving end. These experiences showed me, again, how the power of male privilege shapes expectations and outcomes.

It was the final stretch of what had been a long, competitive battle.

One final dinner, with the prospective client and two competitors. The client CEO and CMO were both in attendance, along with the client’s heads of PR and advertising. Tomorrow, the client assured them, it would be over – with the final presentations and then the winner of the global branding assignment being selected before the end of day. Cheryl, fairly confident her firm would win, was relaxing as the main course was cleared… when she felt the CMO’s hand on her thigh.

It took a moment to register. Then, with a sharp involuntary intake of breath, she pushed back her chair and headed to the restroom.

“God, I can’t believe it,” she thought as she scrolled to my number and hit Send. “Ted, what now? I can’t work with this guy. Jeez, is it sex for the job? I can’t believe this is happening.”

Okay, stay with me now while I switch to Mike’s story, in which his inherent privilege changes the experience completely.

Mike was sitting next to me in a hotel conference room. It was mid-morning, and together with the head of our production group, Paula, we were in the final stages of a pitch for a significant packaging assignment when the head of the client team raised his hand and said, “I don’t know about you all, but I need a break. Shall we reconvene in, say, 15 minutes or so?”

Mike and I headed for the restroom, where he said, “Ted, just seconds before their guy called the break, Paula put her hand on my thigh under the table – yikes! I definitely got the tingles. That hasn’t happened to me in a while.”

Not wanting anything to keep us from winning the assignment, I said, “I’ll take your seat when we return, Mike.” I was his boss at the time. I remember thinking that this could get out of hand. Not good. But Mike? No, I knew Mike well. Knew his wife. Had met his kids. No, I had nothing to worry about with Mike. He splashed cold water on his face and we headed back to the meeting.

Cheryl and Mike were both sexually objectified. But let’s look at how radically differently the same basic situation is perceived, depending on the context.

Back to Cheryl’s story

I’d been advising Cheryl throughout the competition. Fortunately, she was alone in the restroom. On the phone we decided the best course of action was for her to find a new location to sit when she returned. And, if possible, find a moment to chat with the CEO – not about the incident but about some aspect of the assignment, to make a stronger connection with him. Then, once safely in her hotel room, compose an email to him describing what the CMO had done. She had to take the risk of losing the assignment. She couldn’t work with this guy, in spite of how badly her firm needed the work.

Cheryl’s risk was huge. She’d invested heavily, both financially and emotionally, in the pitch. She could have easily avoided telling the CEO. There was certainly risk in telling him. She could have pretended it didn’t happen – and we all know that’s a well-traveled path. “Not making a fuss” could have seemed like the easy way out, with winning the job still hanging in the balance. But then she’d have to fend off or avoid her harasser throughout the project. Awkward at best, ugly at worst. And not doing anything would probably suggest she was available to him.

Mike’s job, on the other hand, was never endangered by Paula’s advance. Mike appeared thrilled that she thought he was sexy.

Cheryl won the assignment. At first, the CMO was reassigned to activities elsewhere in the corporation. A few months later he resigned, reportedly for family reasons.

When Mike and I returned to the conference room, we switched places and I sat next to Paula. Mike went on with his career and stayed away from Paula’s office.

Why am I telling you these stories?

I want you to know how I felt and reacted as these harassment incidents unfolded. I didn’t want to hear what Cheryl was telling me when she called from the restroom. I was afraid for Cheryl. Afraid she wouldn’t get the job. Afraid the client’s boys-club atmosphere would allow them to ignore her if she complained. Afraid they’d passively do nothing about the CMO.

But I cared about Cheryl. I believed in her and had helped her through every step of this process. I had to support her through this, too. It was my sense of obligation that snapped me into action and out of my privileged blindness. My instinct was to ignore the CMO’s behavior, to sweep it under the rug. But Cheryl needed my support to take the risk of emailing the president, the CMO’s boss, about the incident. There really was no other way. She couldn’t work with this harasser.

I’m sorry to say that, at the time, I was secretly thrilled to hear Mike’s story. It was titillating. I was complicit in his machismo telling of the tale. I did not heed the small, dull voice inside that was concerned about the ramifications for him as person and a family man. Nor did I address the issue or report the incident to HR. I didn’t speak to Paula.

Was there more to Mike’s story than his bravado? Maybe he, too, needed support of some kind other than my implied “attaboy.” Perhaps he, too, was frightened or overwhelmed by the sexual advance.

I now know that I’m devastatingly complicit in my use of male privilege. No, I’ve never harassed anyone, but I’m embarrassed to find that I’ve had male privilege helping me – silently, unacknowledged – every day of my life. Yes, I did know I had this silent power that comes with being a man, but I never wanted to acknowledge it. I just wanted to use it when it was convenient, and deny it the rest of the time. 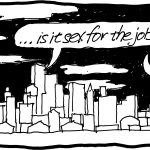