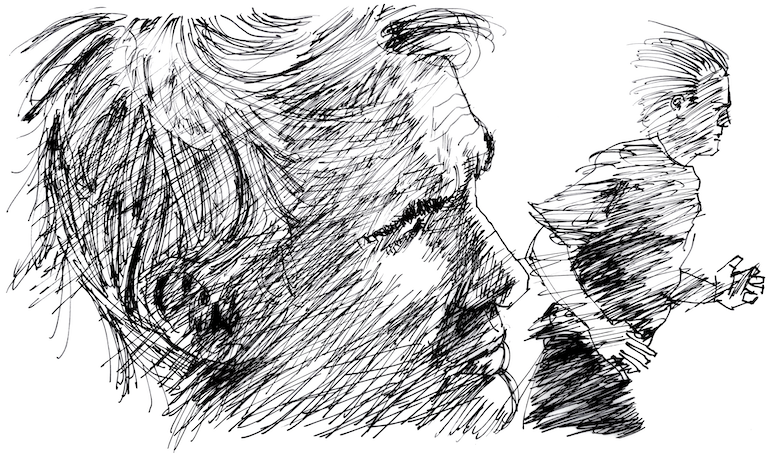 If you’re any good at all, you know you can be better. And teams make us better.

I’ve been a runner off and on over the course of my life.

Being adopted and fostered left me with a tendency to be a loner. Yes, I could relate to people. I wasn’t only a loner, but deep down, when it came to my personal performance, I always thought of myself as alone.

In elementary school, I got in trouble a lot, probably because I was “acting out,” as they say, desperate to get whatever attention or recognition I could from my peers. As a result, I was always one of the last ones picked to be on the team. I suspect everyone knew that I was not a team player. I was a loner.

So, the sports I chose were loner sports. Cross-country running being my top choice.

But although running is singular, the top distance runners all know that the team is a big part of their success.

Naturally, I didn’t know that. So, although I was a competent runner, one much practiced running away from fights and other dangers as a child, I was never really competitive. Even so, I did continue to run for exercise, off and on, as an adult.

In my sixties, I met David, a neighbor who liked to run in the mornings. And we began running together two or three times a week. Running and chatting. Now, I don’t know if you’ve experienced this, but running and talking for me is twice as hard as running and not talking. I got out of breath really fast. It’s hard. But I loved talking with David on those beautiful mornings, so I stuck with it. David is a much better runner than I am. It seemed as though he could easily run and talk. But he was kind, so if I felt out of breath, he would walk a bit with me while I caught my breath.

I’ll bet you know what happened.

Gradually, I got so I could run the whole distance and chat away happily the entire time, enjoying David, the breaking day, and the feeling of control and power I got from running.

And my times for the distance –– roughly three and a half miles –– got faster. If I remember correctly, my best running time got down to 28 minutes.

I wonder what my running times would have been like as a teen or young adult if I’d found that kind of support and encouragement back then? 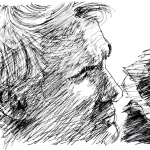