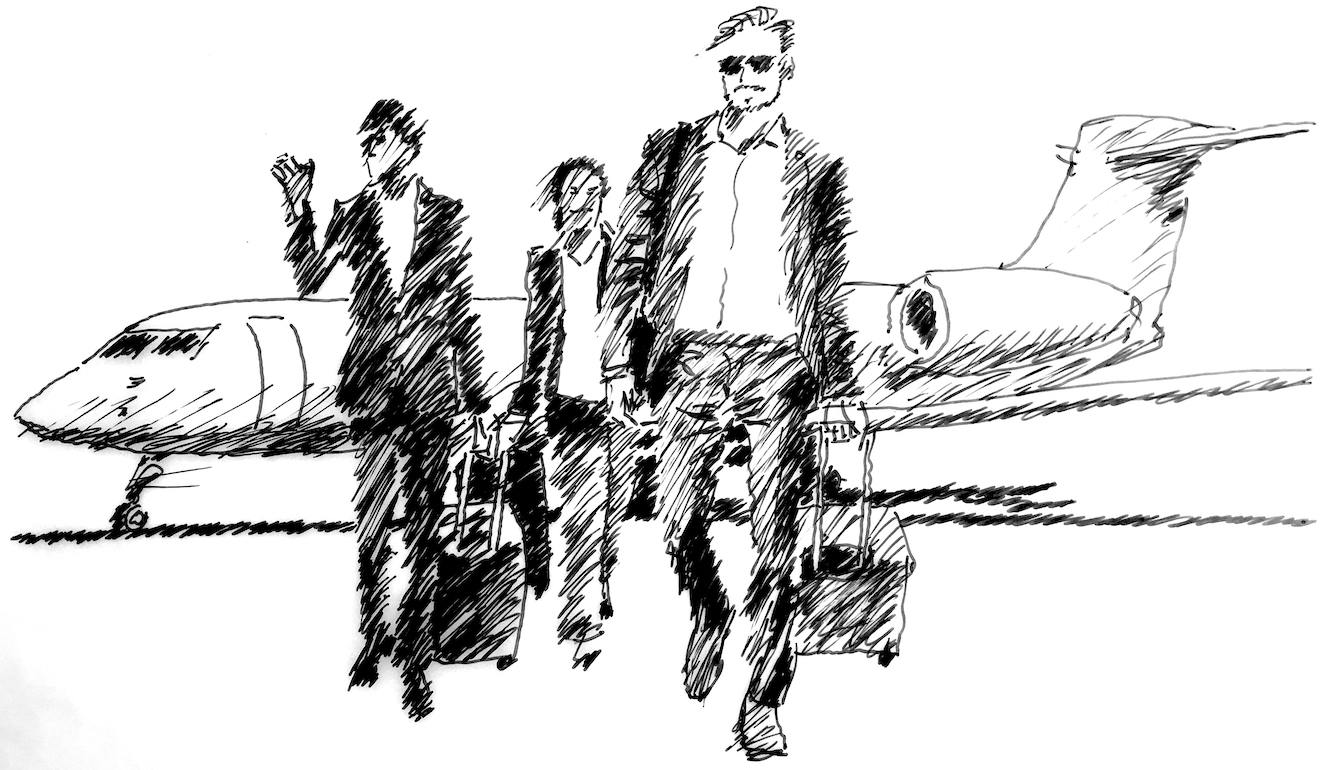 “Did you really think you were creating lies?”

Tommy thought about it. “No, I wasn’t that self-aware.”

Tommy – mostly out of daily Overture activity now, but still engaged in issues regarding consensus within the co-op – reflected on the question.

He answered Brie: “We were on fire with the power of it all. So caught up in the self-romance. Intoxicated with being advisers to the princesses and kings of the world. Flying the world in First. Or better yet, in corporate jets.

“Striding into the domains of corporate chieftains, past multimillion-dollar art collections and designer furnishings. Speaking a truth that promised the kings of capitalism and their minions market dominance. We called it ‘brand power.’

“Offering up the secrets of mass-market control that only the prophets of brand power could deliver from on high.

“We never thought about the lies. We thought about the minutia of emotional benefits and supporting functionality. We devised houses of brands and branded houses. We lusted after those moments when the powerful and the rich would gaze upon us and our beautiful brand graphics with awe.

“Looking back, making the deal was the best part. Of course, I was mostly traumatized. Traumatized because of the fear, but oh so focused. I may have been afraid. But I was focused on every nuance of the deal. Alive with the grip of it. I’m sure that’s why I remember the details so sharply. How the room looked. The smells. The furniture. The face of their lead negotiator, all imprinted on my memory… forever.

“Once the deal was done – or maybe not done, but moving our way – then I’d lighten up. Relax a bit. Move into enjoyment of the status that came with guiding the client through to owning the concept.

“Cash was king, our CFO liked to say. And as a cash-flow business, that was true.

“But it was the concepts that drove the cash.

“Concepts are well-argued ideas. Ideas that grab the imagination of corporate kings. Ideas that can be wielded like a lance one minute and a shield the next.”

Brie stopped Tommy’s recitation of the glorious victories on the field of branding honor.

“But Tommy! That’s not you. You dove into building Overture, a co-op dedicated to enlisting the power of creativity for a better world.”

“Yes, I did. But you must remember that even in my days of supreme ego gratification, I took great pride in securing challenging, interesting work for our creative team, and paying them well.

“I now know that it was impossible for me to escape my egalitarian roots. Recycling, worker representation, collective bargaining. Fairness, level playing field, public education. These were deep within me. Impossible to shake. But I didn’t know how to access them in my pursuit of survival and, ultimately, success.

“Yes, I believed in the goodness of capitalism during those years, and the American myth that anyone can get ahead with dedication and hard work. Then my role changed, and I spent years inside the corporate confines and saw firsthand the damage being done to people and the planet, with the overriding goal of capital accumulation. And I learned that hard work and dedication wasn’t the formula for success. It’s much easier than that: You just need to arrange to be born in the right ZIP code.”

“Tommy, I want you to talk with Allison. She’s doing that piece I mentioned for the Times. But with the riots, she’s widened the scope of the piece.”

It was a relief to all when the drones located and then picked up Allison and Brie. They were on a rooftop with what appeared to be an armed band of mercenaries, clambering up the stairs of their high-rise, when they were plucked away.

Safely in the Beacon Hill hideaway, Allison continued the interview.

“Brie, I still don’t get how the founders moved from design and branding to organizational change, and now to General Motors as a client.”

“Right, yes, it seems like an improbable leap. I think you should talk to the founders. I’ll set something up.”

The result of 100,000 GM employees being free to discuss everything GM on social was transformative. Shareholders were outraged, of course. Customers were curious and, quite naturally, engaged. Management was torn. Most of them, from line managers to the most senior levels, were long-term GM employees. Hard for them to move into this new world of empowered employees. After all, only the very top, the “C level” and the board, had changed.

It was Overture that recommended to the board that every employee’s voice be heard. Why? Because the Overture team had learned that you can’t drive change from the top down. It must be bottom-up. Usually the top resists real change, because change threatens their sweet deal. But here the board and the “C suite” were leading the change. Even so, the workforce must be willing to believe in and engage in the change. Years of corporate greed and mistreated workers had built a culture of mistrust that was not easy to change.

Re-skin or get real?

In the old days, Tommy and the brand team would change the logo and the slogan, and make everybody sing the jingle under threat of job loss – re-skinning the corporation to hide the lies and excess.

The Overture founders had learned that the branding that fueled capitalism contributed to the endless production of inequality. That capitalism itself was essentially unjust and unstable. Unstable in a way that created massive job loss every 10 years or so. Income loss for the poor and the middle, never the top. Hence the current unrest.

Overture’s General Motors bet was that, with a completely new board and newly hired senior management – along with a very public drop of salaries of management and the creation of an employee stock program – signaled that things were changing for the better. Everyone also knew that, with the attacks on airlines, the complete shutdown of public air travel and GM’s shift to designing and producing mass transit, change was happening. And that it was big. That it was real. That if the workers didn’t get in and support it, the opportunity for them to be involved in lasting change could slip away.

Overture’s social team also knew that the messages people trust most from corporations are those from employees. People don’t trust logos and celebrity CEOs; they trust people. A massive flow of messages from GM rank-and-filers captured the imaginations of all… even if some of the messages were negative – and why wouldn’t they be? The company had been screwing employees for years. The massive outpouring alone would proclaim that this company was changing. And the change was radical.

The old GM board, their hand-picked chieftains along with their excessive compensation, was gone. Swept away with their inability to maintain the massive profits and the rising social unrest that threatened their lives.

Activist shareholders with the largest holdings took advantage of the moment and organized the board’s dismissal. The new board was dedicated to saving the immense GM infrastructure and the massive well of talent that was the essence of the company.

With every GM employee charged with helping describe the future shape of the company, 100,000 voices were engaged in finding what would be in the best interests of all.

This could become real. 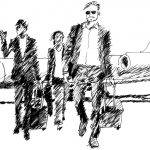