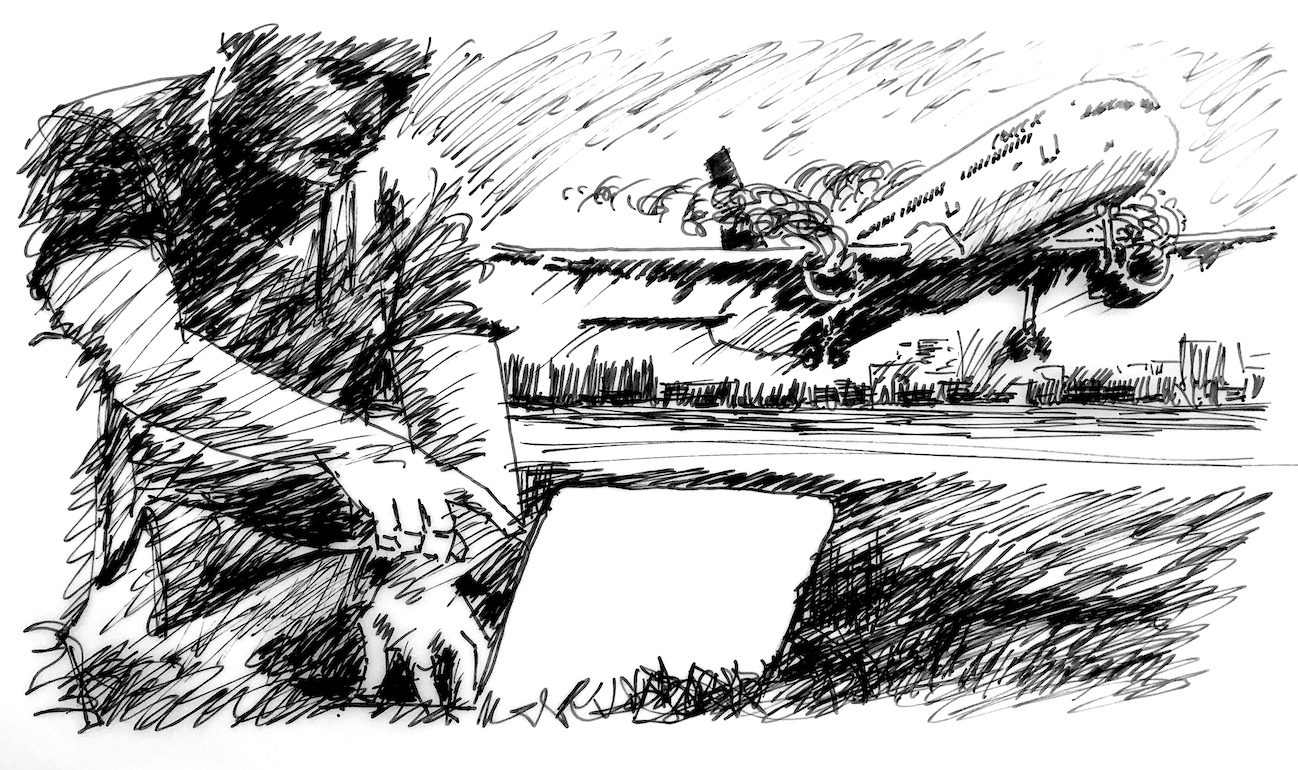 Tiny weaponized drones hit just after takeoff. Fire exploded out of both engines and down went the craft, with 140 people aboard. As did five other planes across the country.

“Mom, I booked you on the next train to Chicago.”

“Just listen, Mom. All the airports are closed. Get to the train station. Go now!”

Brie was exiting GM headquarters on the way to the airport when she got her son’s call.

“Mom, I just got the tweet a minute ago. There was a drone attack on the three biggest airports simultaneously – Atlanta, LA and Chicago. Several planes crashed. Hundreds dead…”

“Yes, Mom, I just want you safe on your way home. And I knew the trains would quickly fill. Your train leaves Detroit in an hour. Then in Chicago you’ll change to the Seattle train. I got you a first-class seat on that one, thinking they’d be more likely to hold it.”

“Jamal, the chairman is on the other line. Gotta take it. Love you!”

“Brie, I heard just a moment ago. First thought: I could fly you home on one of our planes. Then I realized that was dumb…”

“The train will be safer; much harder to disrupt. Much easier to defend. Brie, get the co-op going on the message, ‘GM backs safe, secure high-speed rail.’”

“We’re on it. It means thousands of new jobs and cleaner air. And if our guess is right, this attack means the end of an air-traveling public.”

“OK, Bill, we’ll message first to employees. Some will spread the word immediately. Be ready for the media calls. I expect you’ll be on, asked to be interviewed live, in less than 10 minutes.”

Brie sent the message to the co-op and 100,000 GM employees simultaneously. Within the hour hundreds of suggestions and ideas were pouring out to the public in the form of sketches, photos, issues to be explored, engineering ideas and a number of well-thought-out plans, along with a massive wave of sympathy for the victims of the attack. An attack that had now been claimed by the same air-purity group that had shut down the Detroit airport weeks earlier.

Bill appeared on projection. He was clearly crying while he was being interviewed.

Much of the rest of the world was crying, too.

“If we had addressed these issues when we knew they were headed our way, this tragedy would never have happened,” he said to the interviewer.

“The growing chasm between rich and poor. The extreme damage we’re inflicting to the planet…”

“But you’re GM. Air Purity has targeted you, too. You’ve contributed to the damage, to global warming…”

“Yes, we did. And yes, GM was far too focused on meeting investor needs and enriching a very few. But that’s over now. You’ve read Wall Street’s reaction to our changes. Wall Street hates us. The status quo is mad as hell.

“Fortunately, a group of our biggest investors sees the need for change. The unions are with us, and the world needs the massive infrastructure and the talent we offer, to address the problems that, yes, we’ve contributed to creating.

“Yes, we’ve made the air worse. Air Purity is right in calling us out. But to kill hundreds to make their point is inexcusable, tragic and criminal. They must be stopped.”

Safely on the train, Brie switched off the interview. She sighed and called the social group within the co-op.

“It’s crazy, Brie. We’ve never seen anything like this. Every extreme channel we follow has lit up with their own narrative – pro, con and everything you can imagine in between…”

“What can you tell about the effect of the outpouring of ideas from GM people?”

“People are riffing on them. Adding to them. Asking questions. Critiquing. Complaining. Too little, too late. Wow, cool. It’s wild.

“Brie, I think those GM sociodramas we did are really helping us now. These folks know their contributions really count. They know that together they really can make a difference.”

The images were amazing. Everything from detailed engineering in real time 3-D to children’s drawings of deer and rabbits in a forest with trains sailing through tunnels deep below.

“Gotta go, Marcus; looks like the board of directors is coming through.” And Brie signed off.

Years earlier the team that founded the creative co-op envisioned and developed a method that used creativity to transform organizations. Using talents that had previously been engaged in everything from designing candy bar packaging to producing elaborate TV spots and theater, they created an improv-based performance that helped organizations envision positive futures for both people and the planet. These founders were skilled in the art of persuasion, story and experience. They’d been employed by corporations to create and sell products, services… and the corporations themselves.

As children these people had dreamed of creating pictures, immersed themselves in the pleasure of story, fallen in love with theater, and imagined themselves creating beautiful spaces and songs, poetry and movies.

As adults they found themselves ensnared in the military-industrial complex, writing operator manuals for weapons on the one hand, and ads for marketers on the other. Yes, they loved the awards and recognition they received for “best of show,” but with the growth of global warming and the difficulty of staying afloat financially, these founders realized that not only were they not getting their fair share – they were actually contributing to the destruction of the earth. Destruction of society through the extraction of wealth for the benefit of the few. Destroying the planet and every living thing upon it along the way. Separating people from their core connection to all living things.

From the beginning, the creative co-op didn’t work for polluters, military contractors or racists. They didn’t have pat answers like design thinking or innovation. The co-op provided only one thing: hope. Hope for a better future. And a plan for making life better for people and the planet.

They offered a completely different view of how to prepare for the future. One guided by the creative spirit and fundamental goodness that reside in us all. The goodness that counters the darkness we all share.

Hope for a way to make a living they could believe in.

Brie could see the moment the projection opened that the board was in disarray.

“We can’t do any of this without access to the right-of-ways. Bill, you’ve opened a floodgate of hope, and we have no way to make this happen.” John, GM’s CEO, was hopping mad.

Brie hoped the chairman had an answer. 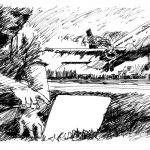