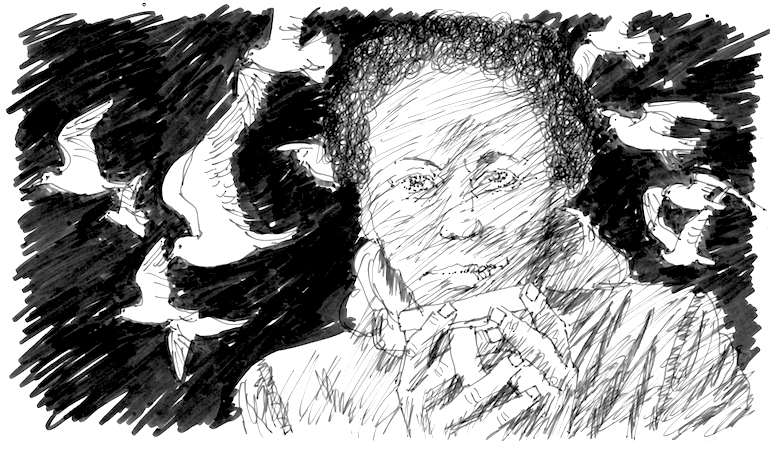 Blue sky, sun and low swells were a welcome relief from the night’s storm.

Brie, her hands curled around a warm cup of coffee fresh from Miss Ann’s galley, sat on the foredeck, back against the salon windows, enjoying the ride while considering her next steps. Arial on the wheel. Diesels purring away below. Brie felt safe, content with the world.

Rounding the Port Angeles breakwater, they could see someone waiting for them on the visitor’s float. Brie, standing on the bow letting Arial’s mooring-line instructions sink in, thought, “Good, maybe he can help.”

“It’s Tommy,” Brie said when she recognized him. “Arial, did you know Tommy was here?”

“Nope. I’ll nudge in close enough so you can just hand him your line. I’ll pull the stern in once he’s secured the bow.”

“Tommy! Tommy! So good to see you.” Brie handed him the line, pleasure sweeping over her at seeing her old colleague.

Tommy was smiling, clearly pleased as he turned the line around the cleat.

Tommy gestured to Arial to bring Miss Ann to a full stop. And to Brie, “Quickly now – you need to lower those fenders. They’re too high to protect from the float.

Seeing the problem, she did step lively, dropping and resecuring the fenders with Arial watching from the wheel and Tommy holding Miss Ann out from the dock.

“All good.” Tommy directed a thumbs-up at Arial to cut Miss Ann’s engines as he turned the stern line around the cleat. The craft safely secured, Tommy climbed aboard for hugs all around. Then they all settled on the back deck for coffee and chat.

“Okay, guys, I get the ‘we can fix this’ message,” he said as he looked from Arial to Brie. “It’s hopeful in a time of despair and disorder. But I’m full of questions about how. How are you going to fix it?”

“Cooperation.” Brie thought for a moment, then said, “I’m very hopeful we will change.”

Arial and Tommy, seeing that Brie was about to launch into her telling mode, settled back into the cushions to enjoy, their mugs of Joe in hand. Gulls danced above, screeching their morning songs. Sun warmed Miss Ann’s afterdeck. They listened…

“Having billions of people engaged with the same issue is possible for the first time in history. When regular people have access to the full swath of human history and science and politics and what’s happening currently, all at the same time, solutions happen.

They could clearly see Brie was on fire with this.

“Everyone in the world knows we have a problem, that the climate is warming, that it’s mostly the result of burning coal and oil. The globe-spanning media and the internet make us all aware. OK, maybe not quite everyone, but certainly billions of us are aware.

“So, billions of us are online, see the papers, get the news one way or another. Everyone is aware of the problem. And everyone knows the solution. Everyone knows we just have to quit pumping carbon into the air.”

Brie paused for a moment to pour herself a second cup.

Ariel leaned forward with “Brie, we know all that. What are the billions going to do?” This with a hearty note of skepticism.

Brie took a sip and smiled…

“And because you know all this, Arial, just like everyone else in the world, you’re taking action. Right now, right here, on the back of your old boat. You’re protecting me – and with Tommy’s help and the help of everyone else on Earth, you’re building the future.”

She was getting really intense now, and her voice rose in volume and pitch. “Millions of us are already taking action. Pressuring governments to create climate-saving laws. Pressuring corporations to adopt carbon-free sources of energy. Even many of the super-rich are contributing to the solution.

“What’s that book? Oh yeah, ‘The Pitchforks Are Coming.’ One of the rich guys put that one out. And he’s right. So many of the super-rich…”

At that moment, Tommy stood. He put down his cup and began to pace. “Having all of humanity focused on a single issue rarely happens. Only once before in human history – that we know of, anyway – has our whole species been united in a single cause.

Tommy launched into his lesson.

“We humans have very low genetic diversity. Know what that means?

We’re all descendants of a very few people.

“Geneticists debate what our population as a species was at its lowest, but it could have been as small as a few hundred. All the billions of us today are descendants of that small population.

“We survived together on the coast of southern Africa around 150,000 years ago, in an age of ice and dryness that made most of the world uninhabitable. We survived then because we cooperated.”

“And,” Brie broke in, “cooperation is already happening now.”

Tommy continued. “We can be sure that small population knew how close to extinction they were. They didn’t have modern media or the internet to be focused on their common issue. They were such a small group that they all knew how precarious live was, and how dependent they were on the earth to survive.

“Using cooperation and iteration, together they created better tools, adapted a wider diet, and ultimately survived. They must have been completely united in their cause as they changed and adapted.

“So here we are once again, with all of humanity focused on a single problem: climate. Just like they were focused on survival so long ago.”

Arial interjected, “Okay, so we’re all together in this. And we know we’re all facing the same challenge. What will we do? How will we do it?”

Brie answered immediately. “We’ll do it just like the students I spoke with yesterday are doing it right now. We’ll join into small cooperative groups that create income-producing jobs, ones that directly address our survival challenges.

“We consumed whatever we wanted, and threw what we didn’t want into the seas or landfills.

“While doing this we created not only the warming, but also the greatest theft of capital from the earth and all the earth’s people and plants and animals and everything else – delivered into the hands of the few. Capital and property that were once available to all are now only available to a few.

“And now we’re all aware of the catastrophe we’re living with.”

The gulls squawked and soared above. Brie smiled, feeling the love of the moment and the closeness of her old friends…

She concluded with unmistakable firmness. “Together, with the cooperation that’s the foundation of our species, we’ll fix this.” 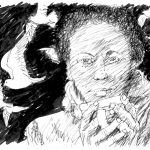