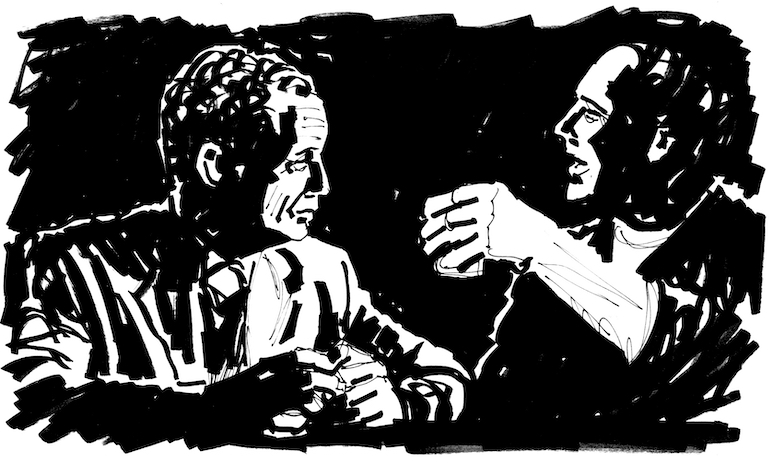 This is the last episode of the Overture serial fantasy…

The path to the future is unclear.

Back in Seattle, I shook out my umbrella and dropped it in the stand. It’s been raining more in the last few years. More rain. Bigger drops. More intense wind. All a part of the change, they’ve told us. I stepped up to the bar and slipped onto the stool next to Jon.

I hadn’t seen him in a couple years, though we’d known each other for more than 20. Actually, more than 30, now that I thought about it. Old. We’re old.

He smiled the smile of truth and took a sip of his drink. Thought for a moment and asked, “Why’d you come back to Seattle? I thought you’d disappeared for good.”

Our personal history was rich with human detail. Wives and lovers shared and fought over. Lies exchanged routinely. Viciously competitive much of the time. Cooperative for only a short period. But somehow we’d maintained a connection through it all.

My drink arrived, and I took a sip. Jon’s wife had left him just a couple months earlier. I was newly married – best decision ever.

The last 10 years had been rough for the city, and for both Jon and me.

With the corporate takeover of Seattle, rebuilding had been dramatic. Riots, pandemics and political, social and economic upheaval, all damaging, had led to a loss of half the population.

The suburbs were gone, mostly burned out during the years of riots and then overgrown or returned to farming. The flood plain south of the city was a giant vegetable and berry farm. Dairies and cattle took much of the land north and east of the city. The population had consolidated into the city proper, with high-rise business towers converted into living spaces.

Seattle’s bio community and its corporate-tech titans had saved the day. New methods of vaccine creation and manufacturing had stopped the waves of pandemics. Digital technology made population control and distribution of goods and services easy. The new tech – bio and other – replaced the wealth lost in the dark years. The Gates Foundation guided much of the rebuilding of Seattle and the nation. Amazon, Microsoft and Boeing employed almost everyone in the region.

High-speed rail linked Seattle to the other controlling cities in North America. Washington, DC, was gone. The launch of the nukes from a U.S. sub was said to have been an accident; no one really knew for sure. But what we did know was that the Trump administration was gone, along with the man himself. Not a peep from any of them since; the nukes had cleared a hundred-mile circle. Pentagon gone, too. The power of the former military-industrial complex was now in the hands of the corporate moguls.

“So, Tommy, you were one of the insiders with GM during the dark days. What do those in the know say really happened?”

“No one I know says anything.”

I paused. Happy to be sitting here alive with an old friend. Happy to be alive. Happy to be in love with Robin. I took another sip of my bourbon. I didn’t drink much these days, and I could feel the warm glow coming on.

“Jon, the conspiracy theories have got this covered. They make the Kennedy assassination theories look podunk.

“Since the sub never surfaced and was never found, we can’t know: Was it a rogue group of sailors? Was it a plot by the military-industrial complex? Was it China? Was it Russia? Was it Iran or North Korea? A militant Muslim group? Was it Bill Gates retaliating for the hurt Trump caused his buddy Warren Buffet? Who knows?”

Jon smiled. He hadn’t expected an answer. Then he asked, “Shall we order lunch, or just sit here and get drunk?”

“I’m feeling it already. Let’s order.” It was raining harder now, mostly sideways. Pounding the windows as we were shown to our table.

“Tommy, I meant it when I said you’re looking good. Yes, we’re old. But we’ve survived, and not all our work was creating lies and screwing the people.” Jon held up his glass, and we clinked.

I was thinking, “I wonder what Jon wants from me.”

But I replied, “I love you too, Jon. To us.” And we clinked glasses again.

“So, Tommy, what’s really happening here? You and Overture caused quite a fuss a few years ago. That’s why you disappeared. Disappeared with the law on your tail.

“Must have been like your misspent youth. Zip guns and all that.”

My youth wasn’t nearly as exciting as Jon was suggesting. But might as well go with it.

“Well, no one was shooting at us, but we did manage to slip into Canada without being seen. All good. And we hung out in the Circle City camps until the dust settled on the DC thing.

“With Seattle emerging as a center, and with the completion of the high-speed rail and the borderless relationships between Seattle and Vancouver, we were asked to return to our work with Overture in Seattle.”

“The corporations want harmony, not strife. With practical solutions to energy and with oil gone, the titans want the environment cleaned up. Escaping to the moon or Mars is not a real solution. Terraforming moons and planets will take centuries. Cleaning up Earth is much easier.

“So our job at Overture is helping build cooperative cultures among diverse teams, so we can grow a better, more cooperative world.”

Our lunch arrived and I asked, “What’s on your mind, Jon? Can I help? Can Overture help?” 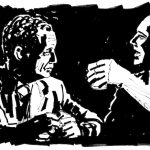