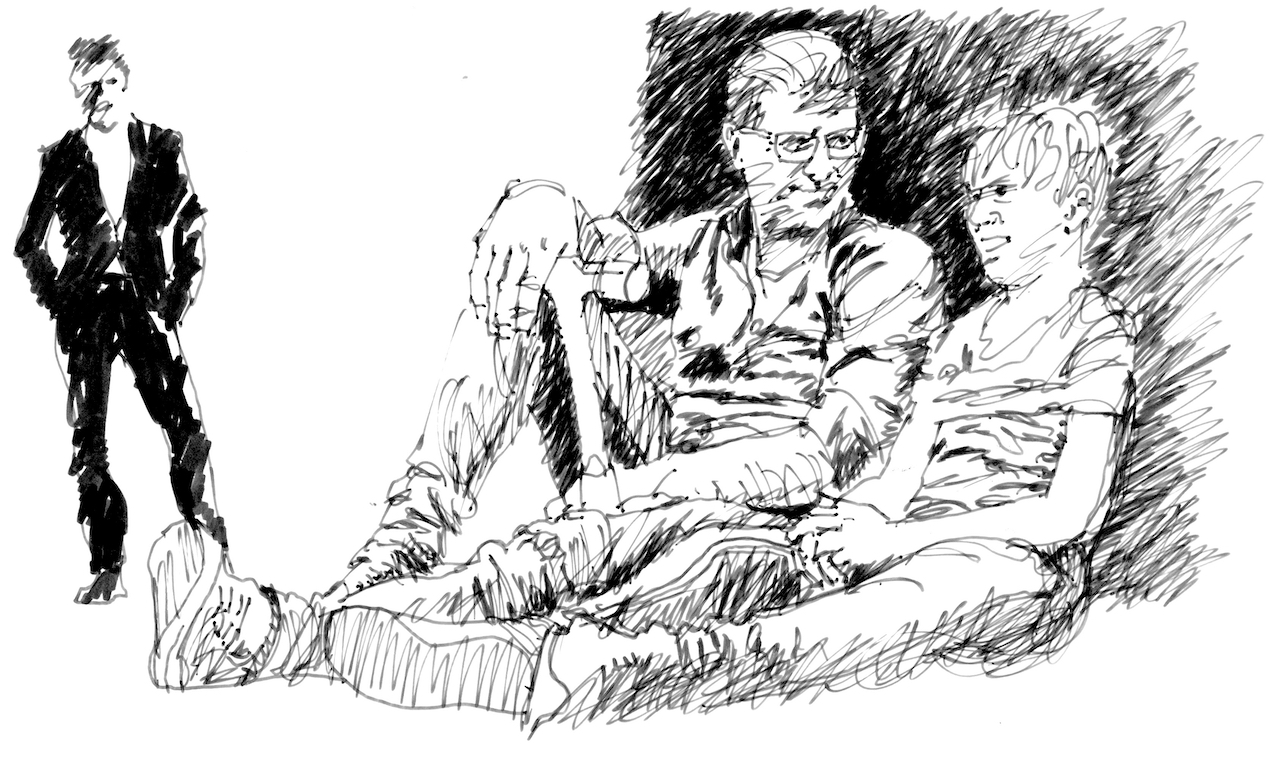 “Dad was referring to the carpenter, who was within earshot. ‘That man takes orders from me. He works with his hands.’ I looked from my father to the carpenter. His name was Steve. I really liked Steve. Then Dad said, ‘I work with my mind.’”

Relaxed and reflective, knowing Jamal was safe, the Project Bella team was on its way back to Seattle and Overture. Dan took a moment, then continued with his story.

“Although I didn’t say anything at the time, I vividly remember feeling extremely uncomfortable. I was so uncomfortable I was holding my breath. Not knowing what would happen. Knowing something would. Steve had clearly heard every word Dad had said. They say impactful emotional experiences are what we remember. And I sure remember that one.

“Steve stood, and smiled at dad. He slipped the hammer he was holding into the leather loop on his belt, and walked off the job. Steve never came back.

“I was little at the time. Maybe seven or eight. It was a long time ago.

“Maybe I remember it so well because I was attached to Steve, and I miss him still. I loved hanging around when he was doing his work. And on his breaks, if I was lucky he’d light up, exhale a long column of smoke, lean back and tell a story from his ‘hobo’ days when he rode the rails, living by his wits and occasionally by his fists. I loved Steve through the stories. Stories that showed me a different way to be a man. Different from Dad’s way.”

Dan paused and took a breath before going on.

“I knew even then that Steve was a happy man, and that Dad was a sad man.

“Dad was a McKinsey man. Gone now. Died in his mid-60s. Was a serious drinker most of his life, although he hid it well. Dad’s clients were large companies, all of whom were looking for bigger profits. Considered a top analyst, which meant he knew where to find the money – and he ruined thousands of people’s lives eliminating jobs. Sometimes he eliminated entire departments; other times he’d find whole layers of lower managers to dismiss. Always, the formula included replacement labor at slave wages. Sometimes actual slaves were used.

“Now that I look back on it, I think his job made him mean. Mean to the core.”

Dan went on, the memory’s pain in his voice. “I think he was trying to toughen me for the meanness he saw in his everyday world. Trying to love me, but not knowing how.”

All this to the little group on the ride back to Seattle. Brie, Jessica and Tommy listened intently. Brie noted the tears on Jessica’s cheeks. Dan didn’t usually open up like this; that was more Tommy’s thing. But the report on what had happened to Jamal added to the stress of the last few days, and it had gotten to them all. The good news was that Jamal was safely on his way to Uruguay. It would take him weeks to get there, with his transit carefully managed through freight carriers and various homeless groups.

Brie asked, “Dan, was your dad’s role at McKinsey always about ‘rightsizing’? I hate that word, but I’m so caught in the vernacular myself that I can’t get out of the jargon.”

“No, he started as a trainer right out of his MBA program. Mom said he was on fire with the idea of making the global economy more efficient and more inclusive.”

“That sure didn’t turn out well.” This from Tommy.

And then Jessica, who’d worked in consulting, said, “Dan, I remember when you told me you’d joined Overture because it was McKinsey’s opposite.”

“Well, the consequences of the rise of management consulting, and with it the single-minded pursuit of profits, destroyed the middle class. Dad got rich, but it destroyed him in the process.

“Perhaps when Dad started he didn’t know that economic inequality was the goal. Or that his work would contribute to the destruction of the middle-class life he and Mom dreamed of having.”

“Well,” Brie interjected, “now we can see the damage. The shift from permanent to precarious jobs continued for years with McKinsey and their competitors. Using AI and algorithmic processing to automate all levels of the corporate world from the ‘C’ suite down, enriching shareholders and those at the top.”

Tommy, who had been listening intently, joined in with, “These fat, rich bastards turned our country and western Europe into a caste society. Baby Bella is testimony to the truly evil world we live in.

“We have to break the stranglehold elites have on economics and politics, and re-empower everyone else. They’ve built in structural inequalities…”

Brie interjected, “Shit, Tommy, structural inequalities have been fundamental to keeping us down since we left Africa. Welcome to the club, white boy.”

The train slowed. They were somewhere in the middle of Montana.

“Didn’t we book a nonstop?” Dan stood. “Uh oh; there’s a bunch of Homelanders in full combat gear up ahead.”

“Should we do something?” Jessica looked around. The other passengers were oblivious.

Back from Dan: “I know what Steve would do. He’d head to the front of the train. Jump off and run for those buildings.”

“Actually, let’s split up. Tommy, you and Jessica head to the front. Dan and I will head back. Leave your stuff, and go one at a time. Tommy, go now!” 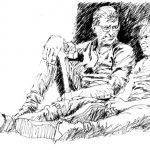