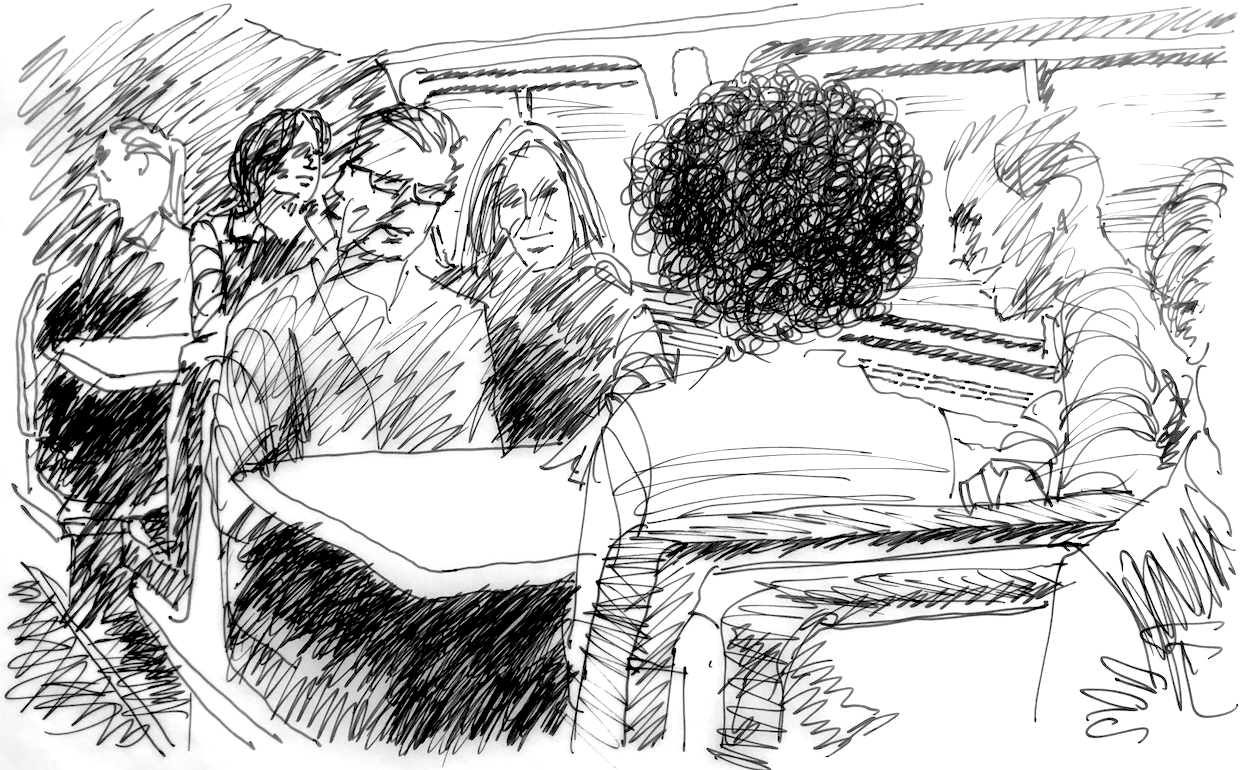 “Toto, I have a feeling we’re not in Kansas anymore…”

–Dorothy in “The Wizard of Oz”

A damp, wet drizzle shrouded the view in the low light. Steam seemed to drift up from the trees.

Old man MacNelly had the car running and was wiping the fog off the windshield as the boy climbed up into the front seat of the big Buick next to him. The man smelled of booze. Someone was smoking in the back. Ellen slid in next to the boy and slammed the door. Christmas music came from the chrome-knob radio in the dash. MacNelly shifted the car into reverse and backed slowly out of the drive. The boy wondered how the old man could see anything out the back with the windows fogged. But back he went.

“Daddy, you can’t see a thing.” This from Ellen, who was always practical.

“Hmmph.” This from the old man, as the car brushed the bushes alongside the driveway. “This old car is big enough that they can’t miss us.”

One back tire dropped down from the curb, and MacNelly cranked the wheel hard to turn into the street. The gears ground as he moved the lever into first, and they were off. Off to Christmas Eve services.

The boy was scared. Sure they’d never arrive.

Feeling the dream slip away, Tom remembered: “I was too small to see over the dash.”

The dream had been strikingly real. But he was fully awake now. It seemed real because it was real; he remembered that drive vividly. It was a long time ago, but the images the dream played back were sharp. Sharp like high-res film.

Brie, Tommy, Dan and Jessica were on a train on their way to GM in Detroit, to work with the Purple Morn integration team. The plan was to build small groups, integrating AI, manufacturing and product engineers with Overture social strategists. The concept was simple: expose the warmongers for what they were. Penetrate the space-based data centers that supported the clandestine wars.

“I just realized: I’m feeling the risk. It’s a very risky ride we’re on,” Tommy murmured. The dream he had when he dozed off had been a vivid memory of a risky ride – to a destination he didn’t know – from a long, long time ago. And today? This was definitely another risky ride.

“Sounds simple,” Jessica had thought when Dan, Ryan and the planning group first proposed the plan. “Sounds simple when we’re all gathered with coffee and croissants in our comfortable meeting room and Dan’s walking us through it.”

Now that she was on the way to Detroit, with Tommy reminding them how risky this whole thing was, she felt that old shiver of fear slide down her spine.

Dan checked the time. They were an hour out of Chicago, where they’d shift to the Detroit line.

Jessica spoke up: “What are the chances they’ll turn those psychopaths on us?” She knew it was a rhetorical question the minute it left her mouth.

“Desperate times call for desperate measures,” Dan volunteered. “Sorry, Jessica, that old quote has been floating around in my head for days now. You know as well as I do that anything’s possible.”

Dan continued with, “Will we really be able to dominate the global media landscape? Can the AI team replicate the machine learning in the data centers? How long will it be before GM is counter-attacked? Are our intelligence sources sufficient?

“When I think of what we’re doing as the Bella Project, I feel the fire of our cause. When I consider all we don’t know, I feel the terror.”

Dan paused, and Brie chimed in. “Well, Bill Smith and GM are just as committed as Purple Morn.”

Bill Smith, chair of GM, had been Overture’s biggest supporter and client for years now. GM had itself become a worker-directed co-op. And Bill had been elected to a four-year term as chairman in the first round of management elections.

“When I went over Bella with him, he said he’d get GM legal to start the litigation effort,” she said.

GM, with operations in every major market, could simultaneously launch a global effort. Even in markets where the rule of law had been seriously compromised, there were ways to stir public opinion based on local precedents and customs.

As they disembarked in Chicago, Brie thought back to the stories of Overture’s founding. At the time, people thought the founders were crazy. And Tommy admitted privately that the founding members weren’t too sure of their own sanity.

Overture started with a year of small-group meetings. Then they simply launched, without any clients – or staff, for that matter. They announced their intentions. They described what they were looking for, and gave the briefest possible description of how Overture would work.

With a single ad in a local trade pub, a social media outreach and a website with the personal writings of the founders, they were off. Amazingly, talent that could provide immediate help signed up and paid the buy-in. First one, then another client took the leap. For the first few months the revenue all went to pay those who actually worked on the client assignments, and for office expenses. Many of the early members wanted to work virtually, but Tommy had demanded an office. It was all about working as a group, he insisted: “You can’t relate around the coffee pot virtually.”

Here they were, boarding for Detroit and about to take on one of the most powerful and entrenched militaries in human history.

“Fuck! We’re crazier than the founders ever dared to be. I’ll just keep that to myself,” Brie thought.

They called it the Bella Project to remind them of how they felt when the child’s death touched them all.

Dan reminded everyone that they had work to do as they disembarked in Detroit. Bill Smith met them at the station, and off they went. 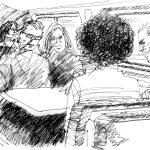